The History Of The London Eye In 1 Minute 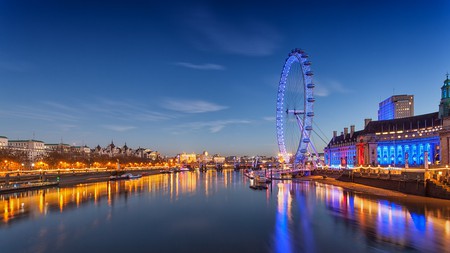 The London Eye, also known as the Millennium Wheel, located on London’s Southbank, is the world’s largest observation wheel and most popular paid tourist attraction in the UK. Drawing visitors from all over the world, the wheel has transformed London’s landscape and stands today as a national symbol that celebrates Britain’s innovation and technological success in the 21st century.

In 1993, architects David Marks and Julia Barfield submitted their entry for an open ideas competition — led by the Sunday Times newspaper and The Architecture Foundation — to design a millennium landmark for London. Unfortunately their design for the world’s largest observation wheel in the heart of London was rejected, as were all of the other submitted entries. After the competition was discarded, Marks Barfield Architects decided to pursue their idea, forming their own company dedicated to bringing the project to life. When the Evening Standard informed its discerning readers of their story, British Airways got in touch with them and 16 months later they helped to turn their dream into a reality. 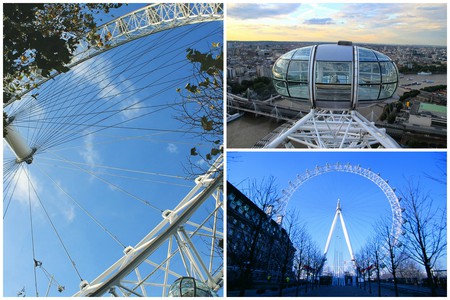 With an ambitious target set to have the wheel finished before New Year’s Eve 1999, a team of 1,700 dedicated professionals worked tirelessly to execute and deliver a design unique to its own; including transportation of the Eye up the River Thames to its chosen destination, thus now the only wheel in the world to have ever been built over water. Developed and constructed by steelwork contractors in Norway, the wheel serves to emulate the structure of a giant latticed bicycle wheel and is the only cantilevered structure of its kind. Following an unsuccessful first attempt to lift the wheel on Saturday 9 October 1999, due to a failed safety check, the structure was lifted to its final position on the following day, making it the largest structure to have been lifted from horizontal to vertical.

The 32 capsules of the Eye are symbolic of London’s 32 boroughs and are numbered 1 to 33, eliminating the thirteenth carriage for good luck. Measuring at a height of 443 ft (135 metres), the wheel offers some of the greatest panoramic views of the city, on a good day stretching as far as 25 miles. The London Eye continues to attract approximately 15,000 visitors a day and has won more than 40 awards for its significant contribution to London’s tourism and architectural landscape.