The History Of The Barbican Centre In 1 Minute 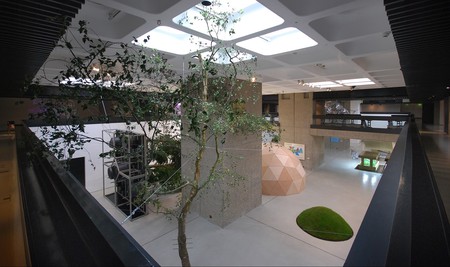 Set against an urban backdrop, the grand and diverse Barbican Centre hosts an international programme that covers all major art forms. Attracting over a staggering 1.8 million visitors each year and hundreds of outstanding artists and performers from all over the world, the Centre’s sole purpose is to inspire as many people as possible to discover and love the arts.

A remarkable Grade II listed building, the iconic Barbican Centre took longer than a decade to build and was opened in 1982 by the Queen. Due to its immense structure, the building is seen as a landmark and was designed by the eminent architects Chamberlin, Powell and Bon. Their vision was to reconstruct the area as it had been destroyed by bombing during the Second World War. The architectural structure is Brutalist – a movement that came from the modernism of the 20th century, from the 1950s to the 1970s – constructed mainly of concrete, evoking a feeling as if an enormous war battleship had established its place heavily in the middle of the city. With towering blocks of flats, brick pathways, landscaped gardens and lakes, the structure produces a distinct separation of private, community and public areas. 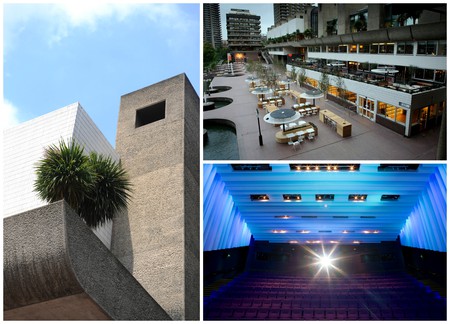 The Centre is Europe’s largest multi-arts and conference complex, with an array of different features: the Concert Hall, the Theatre, the Pit theatre, the Art Gallery, The Curve gallery, cinemas, the Library, restaurants, conference halls, the tropical Conservatory, the Lakeside Terrace, gallery shop and informal performance spaces. The concert hall is home to the London Symphony Orchestra and BBC Symphony Orchestra, and the theatre is the London-based venue of the Royal Shakespeare Company. The music library holds two pianos available for anyone – skilled or not – to have a play, and the Conservatory also has a Marriage Licence approval. The Guildhall School of Music and Drama is located in the Barbican; the library is one of the five City of London libraries; and the founder, City of London Corporation, owns the centre and is the primary funder.

With a prodigious creative learning programme underlining every aspect of the Barbican Centre, countless acclaimed and prize-winning artists and performers have been involved in pushing the boundaries and investing in the fascinating and impacting arts, of both yesterday and tomorrow.