The History Of Somerset House In 1 Minute 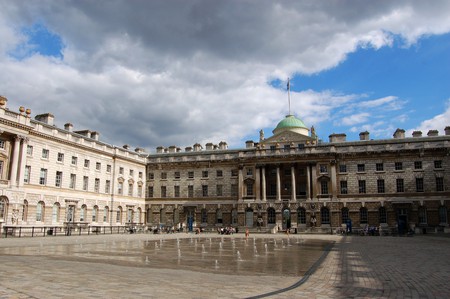 Somerset House has evolved more than most buildings of its age. Originally built as a glamorous, palatial building for Edward Seymour the Duke of Somerset in 1547, the House has had many occupants; from exiled Queens and parliament offices to art galleries. The building itself has been torn down, rebuilt and extended to form the beautiful icon we know today.

The initial construction of Somerset House cost £10,000 and required the demolition of many churches and homes, which angered those in the surrounding area. In 1552, Somerset was executed and the unfinished house became the property of the King, young Edward VI. However, when his sister Mary I became Queen following his death a year later, Somerset House became the home the young Elizabeth I. The house was built in the Renaissance style of architecture, featuring both iconic and doric columns. Elizabeth later vacated the residence during her own reign, using it only occasionally.

At the turn of the century and the crowning of James I, Somerset House took on a new role and even a new name, ‘Denmark House’. This was due to James’ wife Anne preferring the London lifestyle over her residences in Scotland. As a lover of the arts, she commissioned both Ben Jonson and Inigo Jones to write and design ostentatious theatrical productions. Anne was also responsible for the considerable remodelling of Somerset House in 1609, when the famous three-sided courtyard was created. 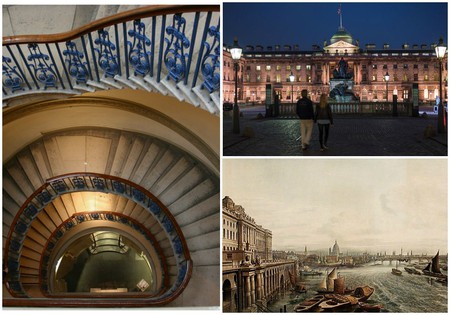 Alterations continued on the house during Charles I’s rule, with the addition of the Queen’s Chapel, a bowling alley and a lavish cabinet room to name a few. However, in 1642 due to Charles’ Catholicism, civil war broke out. The building then became the quarters for the Parliamentary Army with its contents sold and the profit going towards the war efforts.

In 1775, after a time of neglect, a decision was made to tear the building down and build a new Somerset House in its place. Sir William Chambers was commissioned to design the new building which became a residency for arts councils, galleries and even Kings College. Somerset House was repaired after being damaged during the war, and today remains a centre for creativity, mimicking its use in earlier times as a theatre and artistic hub.