The History Of Shakespeare's Globe In 1 Minute 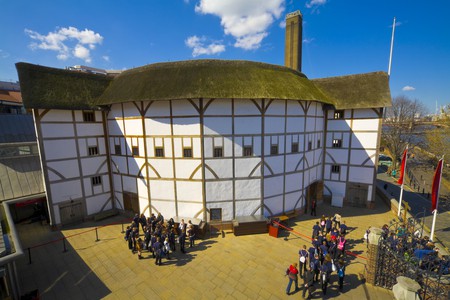 The magnificent playhouse has suffered dereliction, demolition and was burnt to the ground, but the theatre that now stands on the bankside is as close to the 1599 original as is possible. With 355 years between the closing of the building in 1642 and the opening of the 1997 theatre, The Globe is an impressive representation of 15th-century London theatres.

Shakespeare’s Globe is one of the most famous playhouses in London. Thousands flock to visit the theatre every year to pay homage to the Bard. In 1576, James Burbage built the theatre in Shoreditch, making it the first purpose-built playhouse in London. It wasn’t until the 1580s that Shakespeare joined the resident troupe, with the company thriving there for 20 years.

A dispute took place, between 1596 and 1598, where the company wanted to renew the lease on the theatre, however, negotiations began to instead transfer to an abandoned hall on the grounds of an old Blackfriars monastery. At Christmas, in 1598, the company finally leased a lot in Southwark, demolished it and transferred its timbers across the river. After Burbage’s death in 1597 – to help pay for the new theatre – his two sons Cuthbert and Richard offered members of the company shares in the building. Four actors took shares in the Globe; one being Shakespeare himself. 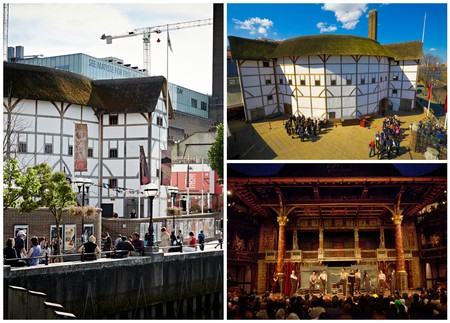 Tragedy struck the Globe in 1613, during a production of Henry VIII, when wadding from a stage cannon ignited the thatched roof, burning the theatre to the ground. The playhouse was rebuilt swiftly, this time with a tiled roof. The theatre was home to the company until 1642 when all playhouses were closed under England’s Puritan administration, sending the building into disrepair; eventually demolished in 1644 from dereliction.

The Globe finally hit good fortune in the form of Sam Wanamaker, founder of the Shakespeare Globe Trust in a bid to reconstruct the Globe. Sam worked for 23 years with the trust and passed away in 1993, missing out on the opening of the theatre.

The current theatre is based on samples from the original buildings, including the ‘green’ oak (fashioned in 16th century practice) and the water reed thatch roof. Now seating 1400 spectators, as opposed to the original 3000, due to safety regulations, the theatre is as close to the 1599 original as possible; minus the odd illuminated sign and stage machinery!