The History Of Ronnie Scott's Jazz Club In 1 Minute 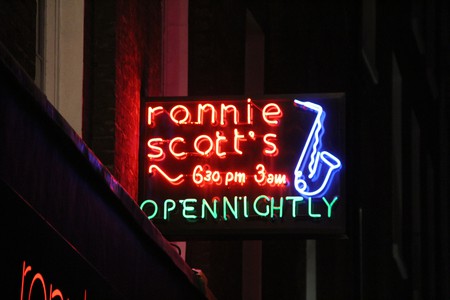 Ronnie Scott’s Jazz Club is a London institution and world famous jazz club. It has hosted many famous artists and as such has been named one of 12 UK venues that have made important contributions to jazz. We delve into the history of one of the world’s most influential jazz destinations.

On 30 October 1959, in the basement of 39 Gerrard Street in Soho, jazz musicians Ronnie Scott and Pete King set up Ronnie Scott’s Jazz Club. In 1965, the pair then moved it to 47 Frith Street due to its bigger capacity but the ‘Old Place’ continued until its lease expired in 1967. Both clubs were used for performances by up-and-coming jazz musicians, some of whom would go on to be world famous and celebrated.

Zoot Sims was the first visit from the US in 1962 and many other famous American acts followed in the coming years. UK musicians were also featured prominently such as Dick Morrissey and Tubby Hayes who, during their busy star-filled schedules, would come to the club and jam when available. 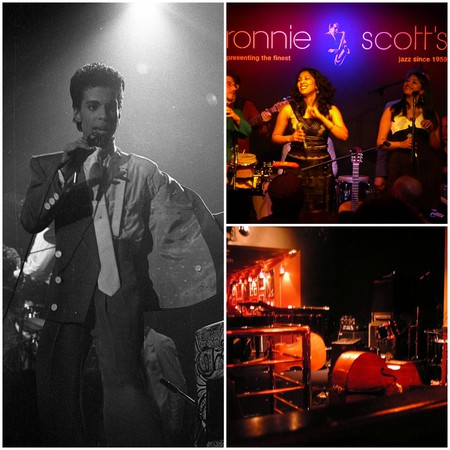 The house band was just as star-studded; Ernest Ranglin was the house guitarist during the 60s, Stan Tracey the pianist in ’67 and the band Feetwarmers was the Christmas guest spot for almost 30 years. Throughout the years, the club has hosted all sorts of artists and genres including but not limited to: Chet Baker, Ella Fitzgerald, Nina Simone, and contemporary musicians such as Katie Melua and Jamie Cullum. Prince’s last public performance was even hosted at Ronnie’s in 1970.

Ronnie Scott himself acted as the club’s Master of Ceremonies where he grew to be famous for his jokes and one-liners whilst introducing acts and intervals. After Scott’s death in 1996, Pete King continued to run the club before selling it on to Michael Watt in 2005. Managing Director Simon Cooke joined in 2008.

If this wasn’t enough to cement the club into musical history, the club founded its own record label, Ronnie Scott’s Jazz House, in 1978 that would put out both live club performances as well as new recordings. The club today continues to bring artists to the forefront of the UK and international jazz scene in their two shows per evening until late.