The History Of London's Fleet Street In 1 Minute

From the cut-throat world of newspaper journalism to the throat-cutting demon barber Sweeney Todd, Fleet Street’s long association with the printing industry, as well as its numerous links to British literary heritage, make it one of the most famous stretches of road in the country. It may now be a mere shadow of its former glory as a thriving capital of culture, but more than 2,000 years of life give this iconic street an enduringly fascinating history.

Fleet Street is one of the oldest streets in London, having been established in the time of the Romans as an important thoroughfare route. By the Middle Ages, it had begun to thrive, with senior clergy locating their palaces there – the numerous churches located along the street reflect its strong links with Christian worship.

However, Fleet Street also nurtured a general culture of debauchery, being home to a host of taverns and brothels, many of which were documented as early as the 14th century. The Grade-II listed Fleet Street pub, Ye Olde Cheshire Cheese, is among the oldest in London – though destroyed and rebuilt after the Great Fire of 1666, a tavern has stood in the same spot since at least a century beforehand. 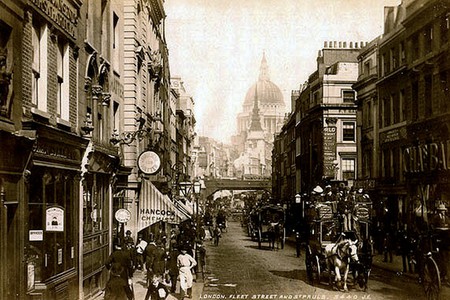 This tavern culture is linked to Fleet Street’s role in literary heritage; the playwright Ben Johnson, poet and pamphleteer John Milton, and famed authors Mark Twain, Alfred Tennyson, P.G. Wodehouse and Sir Arthur Conan Doyle were all regulars. Revered lexicographer Dr Samuel Johnson is also said to have spent a great deal of time in the Cheshire Cheese tavern when he lived in Gough Square – a statue of his most famous cat, Hodge, sits outside his house, just around the corner from the tavern. Geoffrey Chaucer, author of The Canterbury Tales, is also recorded as having once been fined two shillings for attacking a friar in the street. 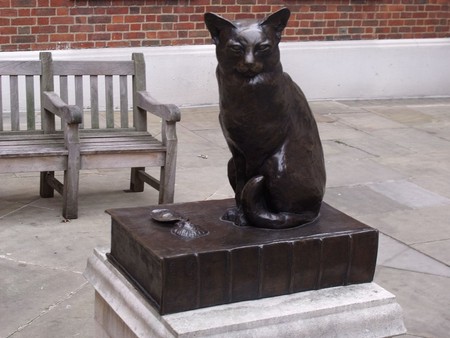 Fleet Street’s publishing and printing tradition began at the beginning of the 16th century. In 1702, England’s first daily newspaper, The Daily Currant, came to life at a house on the banks of the river-cum-open-sewer that was the River Fleet, and by the 20th century, most national newspapers in Britain operated from this small stretch of road, several building impressive homes for themselves. The Grade II-listed Art Deco Daily Express building, with its cinematic lobby, is one of the most impressive. The newspaper trade continued to dominate until the 1980s when media mogul Rupert Murdoch moved The Times and The Sun to Wapping, East London, to escape the influence of the powerful print unions. Most other papers followed suit, dispersing the industry amongst less-central London boroughs. 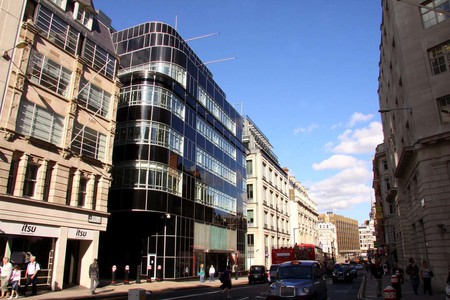 The area is still considered to be the spiritual home of the newspaper industry, with Murdoch ironically holding his recent wedding in Fleet Street’s St Bride’s, the London church most associated with the print profession. The street’s journalistic history is immortalised in several statues that span its length.