The History Of Hyde Park In 1 Minute 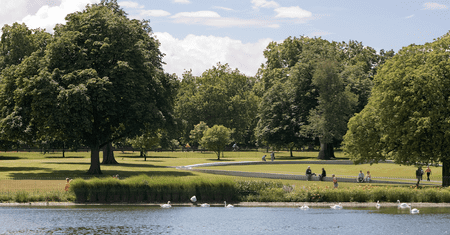 Hyde Park has been a centre point of London since 1536 and has housed numerous historical events within its grounds. Featuring the Serpentine Lake, Speakers’ Corner and the Princess of Wales’ Memorial Fountain, these gardens are free for the public to discover the wonders of the grounds. This Royal Park is definitely one to be explored.

One of London’s most famed gardens, Hyde Park covers a vast 142 hectares and is one of the Royal Parks of London. The park adjoins Kensington Gardens and together they cover a staggering 253 hectares. Apsley Gate, known as The Grand Entrance to the park was erected in 1824/25 by Decimus Burton and boasts three carriage entrance archways, two foot entrances, a lodge and iconic columns.

Despite the Gate being erected in the 17th century, Hyde Park was first acquired by Henry VIII – in 1536 – from the monks of Westminster Abbey. Henry used the park for riding and to hunt deer that roamed there. The parklands remained private until James I came to the throne in 1625 and allowed limited access. The King selected a ranger and a keeper to take charge of the estate and to keep it in order. It wasn’t until Charles I came to the throne that he allowed public access to the park in 1637. 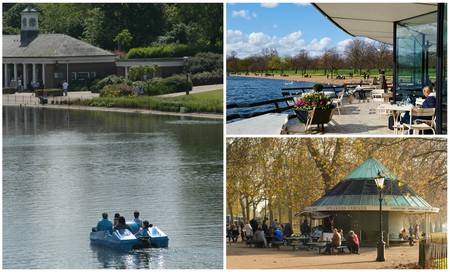 Hyde Park has had many historical events occur within its grounds. One of the first saw Londoners fleeing to camp in the park in 1665 to try and escape the Great Plague. In the 1730s, Queen Caroline, wife of George II reconditioned the park and created The Serpentine, an 11.34 hectare lake. The Prince Regent organised fireworks to take place in Hyde Park in 1814 to mark the end of the Napoleonic Wars and allow Londoners to rejoice in the grounds. The illustrious Great Exhibition was held in the park in 1851, which celebrated the works of industry from all nations. In 1930, the lido was set up by George Lansbury, the First Commissioner of Works, and can still be used to this day.

Most notably, in 1866 Edmond Beales, president of the Reform League, marched through Hyde Park to press for manhood suffrage. The group fought with police and took over Hyde Park. When the fight was disbanded the Prime Minister allowed meetings to take place unchallenged by authorities. Since 1872, people have been allowed to speak in this section of Hyde Park on any subject, or as we more commonly know it – Speaker’s Corner.