Rachel Watson (Emily Blunt), the story’s protagonist and unreliable narrator, is an alcoholic obsessed with her ex-husband and his new wife. She emerges as the prime suspect in a case that sparks a media frenzy – the disappearance of Megan Hipwell (Haley Bennett), a young woman who was entangled with the couple.

Mississippi-native Taylor started out as an actor and appeared in Winter’s Bone and other films. Despite achieving mainstream success as the writer-director of The Help and director of Get On Up, he wasn’t the obvious choice to helm The Girl on the Train, a prestige project that had attracted the interest of better-known filmmakers. However, DreamWorks Pictures kept faith with the man who steered The Help to four Oscar nominations and a Best Supporting Actress win for Octavia Spencer

When he talked to The Culture Trip recently, Taylor began by describing the challenges of bringing Hawkins’ book to the screen. There are some mild spoilers ahead.

Did you feel any added pressure bringing this book to the screen, and what are the challenges faced by a filmmaker in going through this process, something that you have done before?

Tate Taylor: I think when you’re a filmmaker and you are bringing a popular book to life, there are often things in the novel which you as a storyteller may well have left out yourself. For instance in The Help, I was pulling my hair out because of the whole ‘sh*t-pie thing’, which I would never have written myself. I didn’t believe it. I thought she would be murdered, and there wouldn’t be a secret.

I called Kathryn Stockett [the novelist] and said, ‘Why did you do this?’ and she said, ‘I didn’t think anybody was going to read this book! I was just having fun!’ That was the moment. I knew I had to make that really fun and non-threatening. I thought to myself, ‘If it doesn’t work in the movie, I will have to say, “I didn’t do this, she did!”‘

So I was going to leave it out of the movie, but you just can’t. No matter what you think, people love that! So as a filmmaker, you’re often thrown into bed with certain stories and you have to make it work.

What did you have to do to make this work for this project?

With The Girl on the Train, there were often things that weren’t necessarily wrong with the book, but are just really tricky to bring to the screen. This time, the novel has Rachel struggling to remember things and then she just remembers. What do you do with that? I had to dig in and create other characters like Martha [Lisa Kudrow]. That was based on one small thing in the novel about Rachel thinking she had upset her ex’s workmates. But if you change too much, you really do risk upsetting fans of the book. It’s a fun dance.

How closely did you work with Paula Hawkins, the author, on developing the film?

Not at all. She was great, just like Kathryn Stockett for The Help. I met Paula for drinks in London and she asked me what I was going to do. I said I was going to make it really dark and keep the sexuality and truthful. She said, ‘Cheers!’ and told me she couldn’t wait to visit the set. 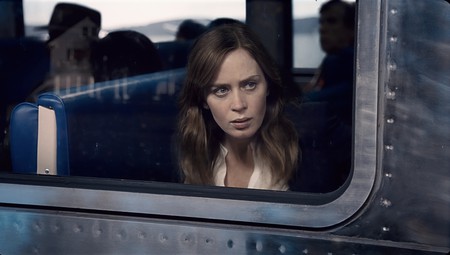 Emily Blunt as the girl on the train | © EOne

How aware were you of the number of fans of this book in particular – and did that affect your approach?

I was very aware. I’m a huge Coen Brothers fan and I love Cormac McCarthy’s No Country for Old Men, and – I know this is another digression – but that affected how I approached The Girl on a Train. When I watched the Coens’ film of No Country, I spent the whole time watching the movie waiting for this one thing to happen. I was so mad when it didn’t. The Coens left it out. As I have worked and fine-tuned my films, I’ve gone back and seen exactly why they did that

Is it tough talking about a film like this, which does have such a big twist at the end?

I was excited to go to this world. I never really did a genre like this and I feel very protective of keeping the secrets. It was a muscle I had never really flexed, and it was fun editing and thinking about what might give too much away. I never had that opportunity before.

One of the changes I noticed in the film is in the interactions between Scott [Megan Hipwell’s husband] and Rachel. In the book a sexual relationship develops between them, but not in the movie. Why was that changed?

Frankly, I thought it was too hard to keep Rachel likeable after that moment. You have to root for her, and them having sex changes that. It was in, and then out. Once I began making the film I realised it would have an effect that couldn’t be recovered. Having spoken to readers of the book since, they’ve said that was low [of Rachel]. Maybe too low.

Paula Hawkins put that in because it is so truthful. We’ve all been there. The next morning, the walk of shame. What I did was to heighten [Rachel’s] longing for Scott [played by Luke Evans]. Paula gives very seductive details of him in the novel. I just worked with that and played with the lusting. 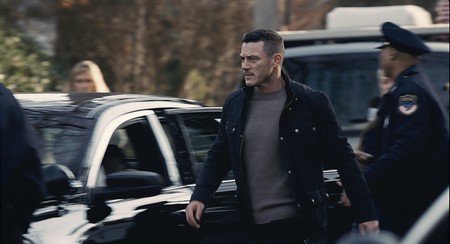 The big change you made from the book was relocating the story from London to New York. Were there concerns over that, and why was Rachel kept as an English character?

They are both part of the same thing. The decision to move the story pre-dated my involvement. I don’t feel the need to defend it that much, but when I met Emily [Blunt] and she agreed to do the film, we talked about where she came from. She was also talking about gaining weight and changing her look, too. We decided to work on a few things, but I felt she had to stay British. I think that is a nod and a wink to the novel, but it also adds to the isolation she is feeling. She’s not at home and can’t even afford to go back.

I realised a lot of the story takes place between her ears and on the train. London is mentioned in the novel, but it’s not a real character. She sits in some parks and looks at some art. New York City isn’t a big character in the film either. I don’t think it matters all that much. 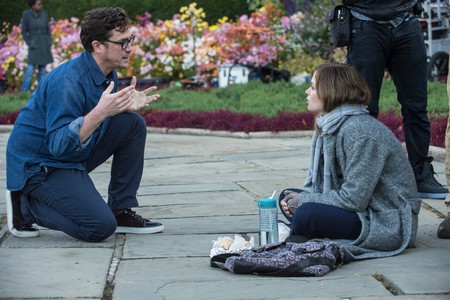 Was the casting of Emily Blunt as Rachel particularly difficult, in terms of finding the right person?

Again, when they came to me to direct it, they said Emily was someone they had in mind. I said straight away that she was the one. I’ve always wanted to work with her, and no one else had a chance.

The attraction to this film wasn’t just finding something different from my previous films. It was more about crafting a character with an actor. A fall-down, blackout drunk like Rachel is the ultimate character. She’s also narrating the story, and it’s a thriller that scared me, too.

The casting around the central character must have been just as important. Was it a case of finding people who fitted around Emily, or was it less dependent on that?

I didn’t want to do a thing where we place a family side-by-side. I was especially protective of Megan, who I saw very much like Jessica Chastain’s role of Celia in The Help. I didn’t care how famous they were. Megan had to look, sound, and act [a certain way]. I didn’t want a caricature Jessica Rabbit type bombshell.

How did you develop Megan for the screen, because again that character was something that came across quite differently from the book.

I decided early on that we were going to dramatise and film the loss of her child. That wasn’t a big scene in the book, but I wanted to show this to understand her. We judge her before that when we see her act up sexually, but when she tells what happened to her…well, I felt that we had to see it.

The Girl On The Train is released on 5 October.