'The Future Starts Here': The Projects Shaping the World of Tomorrow 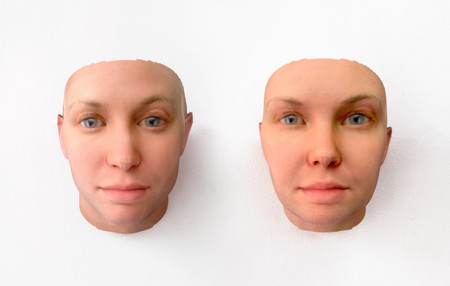 London’s Victoria & Albert Museum explores the cultural effects of digital technologies and design with its new exhibition, The Future Starts Here, opening 12 May and showing until 4 November.

Featuring more than 100 objects that explore the power of technology and design in shaping the world of tomorrow, The Future Starts Here at London’s Victoria & Albert Museum (V&A) takes visitors on an interactive and engaging journey through an inspiring, hopeful and occasionally frightening future.

Bringing together ground-breaking technologies and designs currently in development in studios and laboratories around the world, the exhibition is divided into four sections: the self, the public, the planet and immortality.

‘In “The Self”, we ask what makes us human,’ Mariana Pestana, a curator in the Design Architecture and Digital Department at the V&A tells Culture Trip.

Selected works include ‘Radical Love’, two full-colour, life-sized DNA portraits of Chelsea Manning generated from analyses of her DNA collected throughout her gender transition, ‘super suits’ by Seismic studio and legendary designer Yves Béhar, which ‘combine the the latest innovations in robotics, biomechanics and apparel design to create an extra set of muscles people can wear every day,’ and a selection of in-home smart devices ‘changing notions of privacy and turning the home into a broadcasting station from which we share our lives through social media.’

The second section, ‘The Public’, questions whether democracy works in a tech-enhanced future and explores ways in which urban areas can be designed to address challenges including climate change, religious intolerance and housing crises. Works present new strategies for collective decision making and alternative ideas for improving public services. 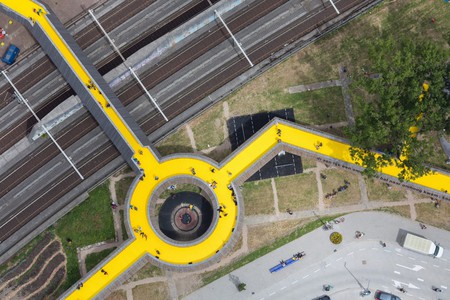 ‘Tree Antenna’, which turns live trees into radio antennae capable of communicating over long distances, ‘offers an alternative mode of communication for parts of the world where governments or other bodies control the flow of information,’ while ‘Luchtsingel’, from the world’s first crowdfunded pedestrian bridge, ‘raises questions about government responsibility in delivering vital pubic infrastructure,’ according to the exhibition’s curators.

Hanging overhead is Facebook’s ‘Aquila’ aircraft, part of a high-altitude internet-providing system in early development that Facebook hopes will bring affordable connectivity to unconnected regions around the world. 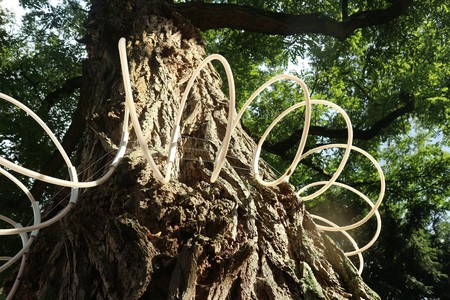 In ‘The Planet’, works deal with the question of what it means to design the planet.

The display includes a prototype of ‘Protei’, a low-cost, open-source robotic ship that automatically sails upwind to detect and clean oil spills, and ‘Made in Space’, the world’s first objects printed on a zero-gravity 3D printer, created at the International Space Station.

The exhibition ends with ‘Afterlife’, exploring the possibility of immortality. The displays explore cryonics, the science of preserving one’s body for the future, and a ‘Library to Restart Civilisation’, a continuously expanding collection of more than 1,000 books. 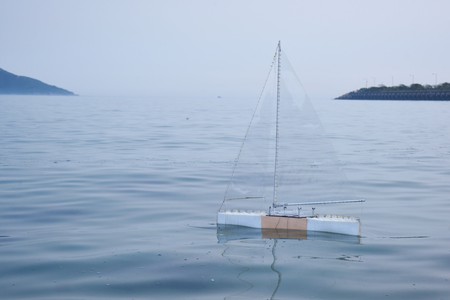 ‘We like to think of these objects as beginnings. Right now, they exist as these limited, or contained environments, either in a design lab or a particular city. We want to ask what would happen if each of these objects became the norm,’ said Mariana Pestana, curator in the Design Architecture and Digital Department at the V&A.

‘What this means for us is that every new invention opens up a series of possibilities that not even their creators can anticipate. We want to invite you all to question what these possibilities might be, and the futures that each one of these objects opens up.’ 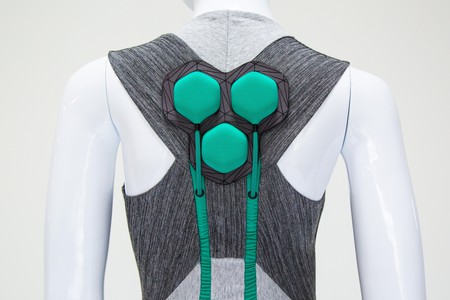 Speaking at the exhibition opening, Tristam Hunt, director of the V&A, added: ‘When we were speaking to people and putting the exhibition together, something we kept coming across was a certain anxiety about the future, a certain fear about somehow not being in control of what we’re building.

‘The Future Starts Here tries to counter than feeling and give people the evidence and show them the ways the future is being built and the ways designers are creating the future. Hopefully it shows a way in, a way that you can also be involved. It suggests that the future is a collective project, that we’re all part of the future, and that it starts here.’

The Future Starts Here opens 12 May and showing until 4 November 2018. Tickets are £15 and can be purchased here.