‘The Electrograph’ Promises to Spark the Imagination of Culture Lovers

The days of falling asleep during stuffy lectures are over as Lost Lectures launch their first “off-grid” culture club in a secret London building in October 2018.

In 2012, founder Julian Slawinski-Knight had a vision to reinvent the traditions of imparting knowledge through an academic lecture series format. This resulted in using undisclosed “lost locations” where scientists, artists, designers, entrepreneurs and techies would give inspirational talks.

This refreshing take on discovery only adds to the intrigue behind the collective’s latest venture, The Electrograph, which will launch on 4 October. 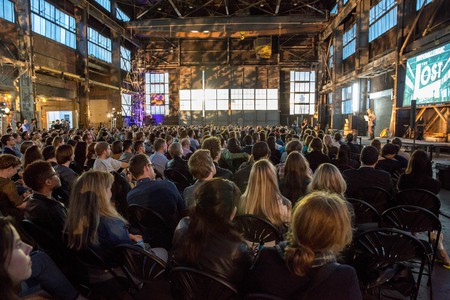 In typical Lost Lectures style, the venue is shrouded in secrecy – only being revealed to ticket holders just days before. All we know is that it’s a former electrical power station.

In this mysterious location, the programme promises to celebrate London’s subcultures, covering everything from the “sublime to the ridiculous” through a cacophony of evening talks by four different speakers accompanied by musical performances and immersive interactive components. 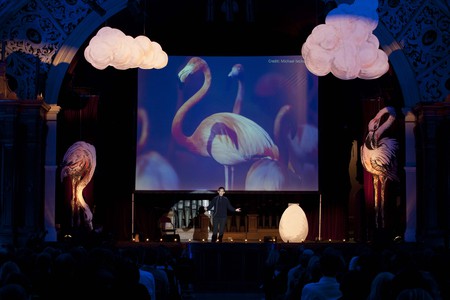 Over the last six years, Lost Lectures have gained quite a cult following of “lostlings” for bringing together diverse speakers to participate in engaging events at unusual locations.

The Lost Lectures already have an impressive back catalogue, where intriguing and forgotten venues – from a disused swimming pool in Berlin to a hidden theatre closed for 65 years in London – have showcased past speakers like bad-boy artistic duo the Chapman Brothers, philanthropist Martha Lane Fox and transgender performance artist Amanda Lepore. 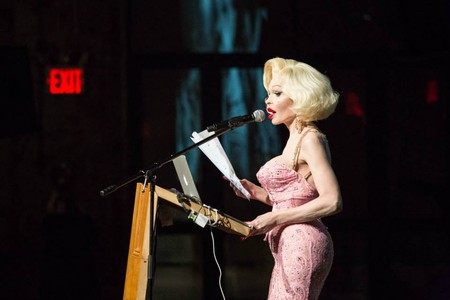 As with past series, The Electrograph’s speakers and topics vary from the scientific to the obscure. A taste of what you can expect includes consultant-turned-beekeeper Camilla Goddard talking about the life of an urban bee; psychologist and podcaster of “Say Why To Drugs” Dr Suzi Gage exploring the science behind some of our favourites, both legal and illegal; Tom Hockenhull, co-curator of the British Museum’s autumn blockbuster exhibition I object, reveals surprising stories behind some of the different objects on show; and artist Hilary Powell talking about her recent project HSBC (Hoe Street Central Bank) that is printing its own money to clear local debt in one of the country’s most deprived areas.

There will also be a selection of food and drink on offer, with The Electrograph’s own bar serving up electrically-inspired cocktails and a selection of London’s leading food traders offering up tasty treats suitable for vegans, vegetarians and meat-eaters. 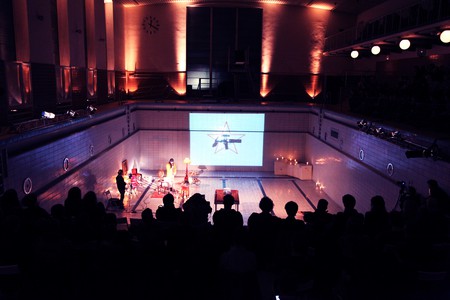 The Electrograph by Lost Lectures launches on 4 October at an as yet undisclosed London location. Tickets from £17.50 (plus booking fee).