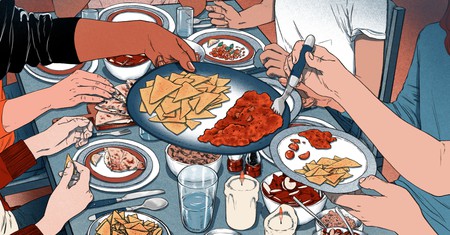 Comfort Food is a London supper club for those who struggle with disordered eating. Founded by two journalists, Eve Simmons and Laura Dennison, it is a safe place where attendees can chat, laugh, relax and share their experiences with people who understand what they are going through.

Eating disorders affect approximately 1.25 million people in the UK, and 6.4 percent of adults show signs of being afflicted by the condition in some way. These figures are staggering, and they illustrate just how serious the problem is. 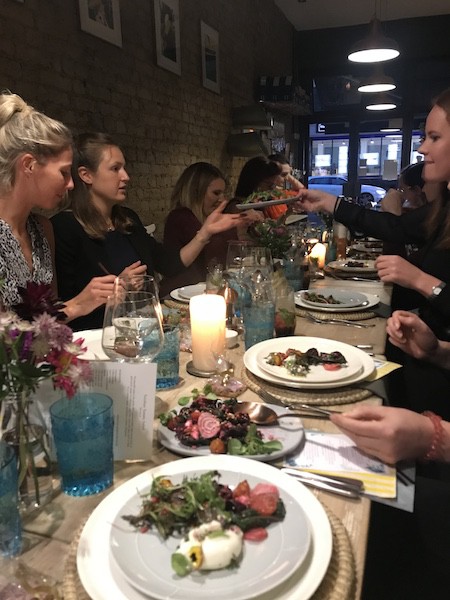 Attendees of the supperclub for anxious eaters | © Not Plant Based

Enter Not Plant Based (NPB), a food and lifestyle blog run by journalists Eve Simmons and Laura Dennison, both of whom have experienced eating disorders in the past. Their innovative platform busts fitness and food myths and provides sensible, professionally qualified advice that cuts through the barrage of restrictive ‘wellness’ messages. Earlier this year, the pair hosted Comfort Food, the UK’s first ever supper club for people with disordered eating. It was a huge success, and three events in, they’ve got no plans to stop.

“When I was in treatment for my eating disorder, I was flabbergasted that the professionals were pushing this agenda that eating was about following rules,” says Simmons, 27. “All the enjoyment and celebration surrounding food had gone. Being retraumatised by staring at a person every time you eat one pea is not going to make you relaxed. I had this idea that if only I could cook this stuff, people would enjoy it.”

Held in Peckham, the supper clubs host roughly 12 people and offer up plates of tasty food and a lot of conversations about shared experiences. Simmons had to choose the attendees carefully, as she was “very conscious of not excluding people and only bringing people together who really get it”. 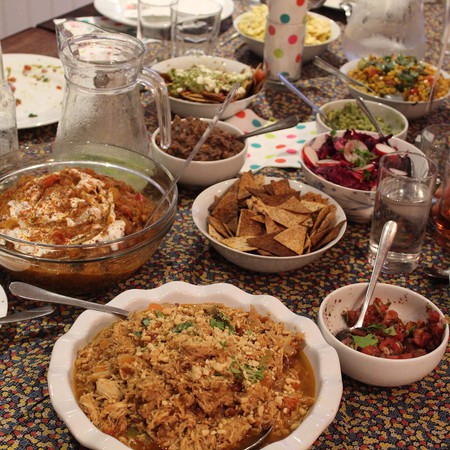 Food at the supperclub | © Not Plant Based

“We had a lot of interest,” she says. “I asked people questions about what stage they were in their recovery and how they’d feel being in a situation with lots of people and food because I wanted to create a safe, non-triggering space. One girl had bulimia and was worried that she’d be bigger than all the other girls there, which was heartbreaking. Afterwards she told me she was shocked there were women of all shapes and sizes who faced problems with eating.”

Simmons, who is the main organiser of the supper clubs and plans and cooks the food for them, is thrilled by how well they’ve been going. “It exceeded my expectations by a long way,” she says. “There was real solidarity and understanding around that table. There’s something so powerful about women being in a dark place and wanting to pull each other out of it.”

Simmons continues: “When you have an eating disorder, you’re picked apart by the whole world. You are looked at as a medical problem by professionals who are often not aware that these illnesses exist in a culture that doesn’t promote self-love. Just being with somebody who understands what you’re going through and says ‘I’m the same as you and I’m not completely fixed yet but that’s OK – let’s beat it together. It’s OK to have dinner and you’re going to have it with me.’

“The collective anger was also very important. You can all bash diet culture together and you know that no one is going to suddenly start spouting about the healing properties of clean eating. 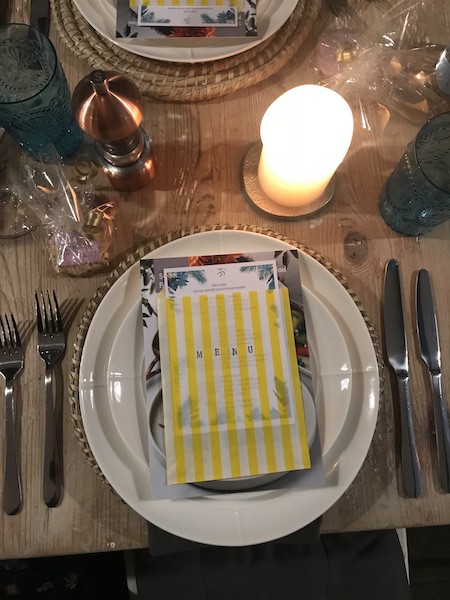 A place setting at the supperclub | © Not Plant Based

“You have to constantly challenge yourself to beat eating disorders, which takes bravery and courage. Seeing people reach for a helping of extra cauliflower is really powerful. Even those who were struggling to eat were picking up plates and helping themselves, which was magical – I was almost in tears. Knowing I’d created a space which enabled people to fight their demons was insane.”

For the events, Simmons cooks a variety of homely, tempting dishes served on sharing plates, reducing anxiety around food choice and portion size by allowing attendees to serve themselves. Simmons doesn’t publish the menu in advance, explaining in a post on NPB that she does not want to “pander to the eating disorder bastard [in the mind] who needs to know the exact calorie content of every ingredient.”

“The food looks good, which, for people who struggle with disordered eating, is important, as they’re likely to be enticed by it and for it not to feel alien,” Simmons explains.

Too excited to host our first supper club for anxious eaters today ♥️ we hope that all those attending have an incredible experience eating delish food and chatting with like minded people 😘 a special thank you to @eviesimm who has done virtually all the legwork for this, creating (AND COOKING) this menu 🤤🤤🤤 if you’d be interested in attending our next, let us know

The menus contain the kind of foods that you really want to eat. In the past, they have included spice-crusted roasted cauliflower with pomegranate yogurt, za’atar lemony chicken with olives and tomatoes and split-pea dip with paprika nachos. Desserts have ranged from a ‘fuck it’ one-pot cookie-dough skillet, a majestic toffee popcorn cheesecake and jelly babies (“just because,” Simmons says).

“I told people beforehand that if you don’t eat it’s absolutely fine,” she says. “It was delightful to plan a menu based around what we would like to eat and what people would enjoy rather than cooking to those strict disordered parameters.”

Simmons explained in a post on NPB that, during the first supper club, she deliberately left some of the platters of chicken and vegetables on the table as dessert was served, as she could see that some of the women struggled to give themselves permission to eat at first but thought they might change their minds later on. It worked. With the relaxed environment and the comfort of having people around them who understood their struggle, some “particularly nervous” attendees began eating the chicken and vegetables as others ate dessert. “Two of the women told me later that night was the first time they’d eaten properly in weeks,” Simmons wrote. 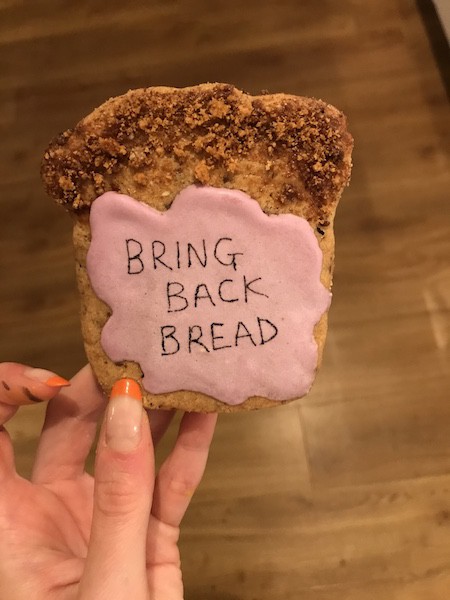 The people attending the supper club feel safe in discussing their experiences, with some confessing that it is the first time they had ever opened up about their food or exercise problems. Others stated that it was the first therapeutic intervention that they felt actually worked.

“With the NHS struggling to provide enough support for those who need it, there needs to be something like Comfort Food in place to support those who struggle with disordered eating before they tumble into a full-blown eating disorder. It 100 percent would have helped me when I was in the midst of one,” says Simmons. “I want to use food as therapy and get rid of all the stupid bullshit around what we should and shouldn’t be eating.”