After listening to Prince’s “Darling Nikki”, Tipper Gore created the Parents Music Resource Center (PMRC) and launched a campaign to use “Parental Advisory” labels to warn parents against music with explicit, or “obscene” content, not anticipating that the label would make teens covet explicit music even more.

Those of us who came of age before the popularity of the mp3 might remember peeling off a black and white label reading, “PARENTAL ADVISORY EXPLICIT CONTENT”, from a new album before mum could see that you had bought the uncensored version. 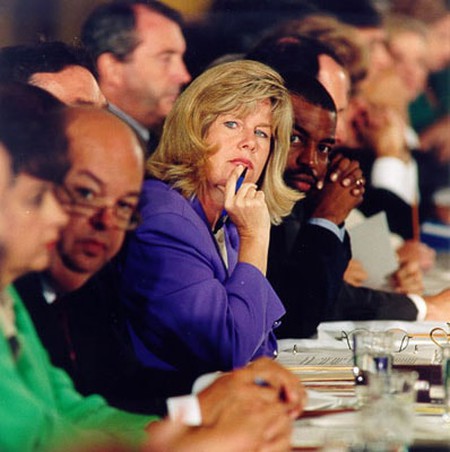 The PMRC successfully brought the issue to a congressional hearing in September 1985, a mere five months after their formation. It is easy to assume that the congressional hearing aimed to create legislation, but the PMRC’s only goal was to influence the Recording Industry Association of America (RIAA) to voluntarily enforce the Parental Advisory label (PAL).

At the congressional hearing, musicians Frank Zappa, Dee Snider and John Denver testified against what they saw as artistic censorship. Zappa also called the hearing a waste of government resources claiming the issue would have never been brought to congress had the women involved with the PMRC not been married to powerful men.

Nevertheless, either due to arguments brought up at the hearing, or increasing public pressure, the RIAA decided to comply with the PMRC’s request and created a labeling system for records that were deemed “obscene”. After various negotiations with the PMRC, the RIAA decided that albums with songs that had “strong language” would carry a label. The British Phonographic Industry (BPI) adopted a similar labeling practice for the UK in the 1990s. 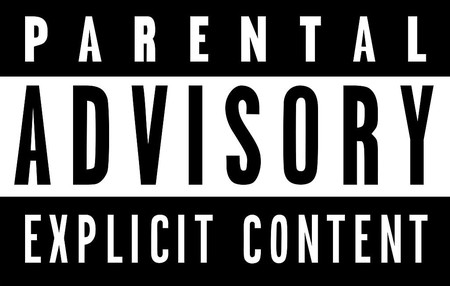 The system was by no means perfect. As the industry was self-regulating, labelling was somewhat unclear. Famously, there was confusion about Frank Zappa’s 1986 album Jazz from Hell. Owing to the use of “hell” in the title, and his fervent opposition to the PMRC, the album was marked with a PAL in some stores. However, the music itself was entirely instrumental and therefore could not have contained anything more offensive than controversial chord changes.

In 1997, the New York Times reported that “record companies often use the labels as a marketing tool to advertise dirty lyrics and that rap records tend to get labeled more often than rock albums that are every bit as explicit.” Artists like NWA gained more notoriety when their albums featured a PAL. On the Straight Outta Compton album, they even released a song called “Parental Discretion Iz Advised”, which celebrated the explicit nature of their music.

Of course, PMRC’s concerns about explicit music were the same concerns that parents have had about pop culture throughout history. In the 19th century, the penny dreadful was feared to corrupt Britain’s youth. By nature of social evolution, the pop culture of younger generations will always be regarded with suspicion by their elders. 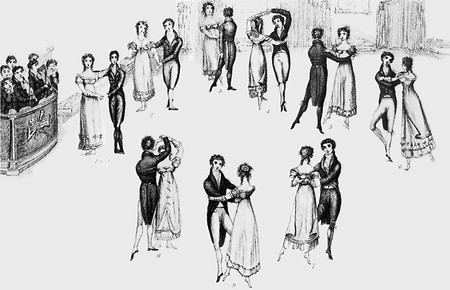 Detail from frontispiece to Thomas Wilson's Correct Method of German and French Waltzing (1816). At the time the dance was new to England and was seen as immoral because it involved couples dancing together and not as a part of a larger group. | © Public domain / Wikimedia Commons

In the age of the internet the labelling system has become largely obsolete, but its introduction has a lot to tell us about the continual struggle between young people who want to push boundaries, and older generations that want to maintain the status quo.