The Crystal Palace Dinosaurs: Can Extinct Ideas Still Teach Us Something? 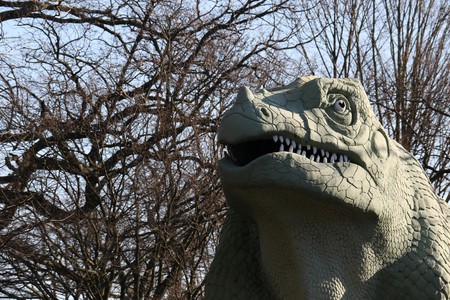 Tucked away in a South London suburb is a mini Jurassic Park. But Crystal Palace Park’s enclosure of reptilian sculptures tells us as much about Victorian England as it does about dinosaurs.

The 19th century was a boom time for natural history in Britain; with every new fossil discovery, historians and artists fleshed out the skeletons and filled in the evolutionary blanks. The ancient world had captured the country’s imagination, and Queen Victoria and Prince Albert were eager to see archaeology turned into art.

For anyone looking to understand this particular slice of British history, a trip to Crystal Palace in South London will prove an illuminating experience. Crystal Palace Park, a Victorian pleasure ground named, like the neighbourhood itself, after the vast cast-iron and glass structure that housed the Great Exhibition of 1851, contains a set of life-size dinosaur sculptures created by palaeontologist Richard Owen and natural history artist and sculptor Benjamin Waterhouse Hawkins. 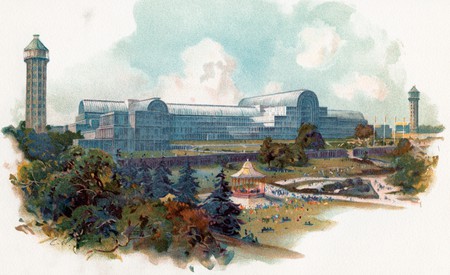 On New Year’s Eve 1853, the pair held a banquet for a handful of academics inside the belly of a model Iguanodon to celebrate their momentous project, before revealing their creations to the public in 1854. At the time, they were the only to-scale statues of dinosaurs as active creatures anywhere in the world; today, they are Grade-I listed and subject to ongoing conservation. 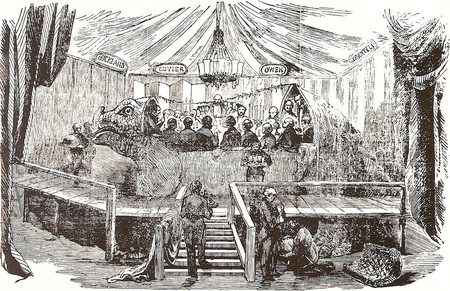 Set within a model geological landscape, the dinosaurs are remarkably lifelike; their brown and grey shapes can be glimpsed through trees and undergrowth. The largest, another Iguanodon, is a curious shade of pale green, not the mottled concrete of the majority. It seems most were once painted – if you look carefully at the duller statues, you can see fragments of green paint still clinging in places. 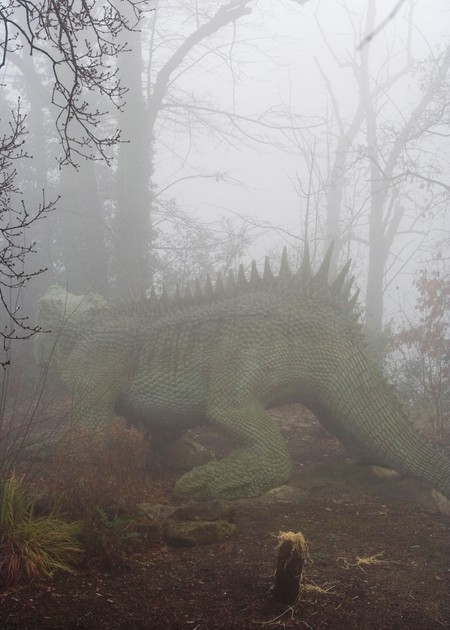 The small fences that keep the dinosaurs safe from the visitors emphasise the idea that this is a selection of specimens. It all speaks to the Victorian urge to collect, classify and understand everything, even the extinct. The irony is that science constantly evolves, and while these statues have stood still for more than 160 years, palaeontology has moved on in leaps and bounds. 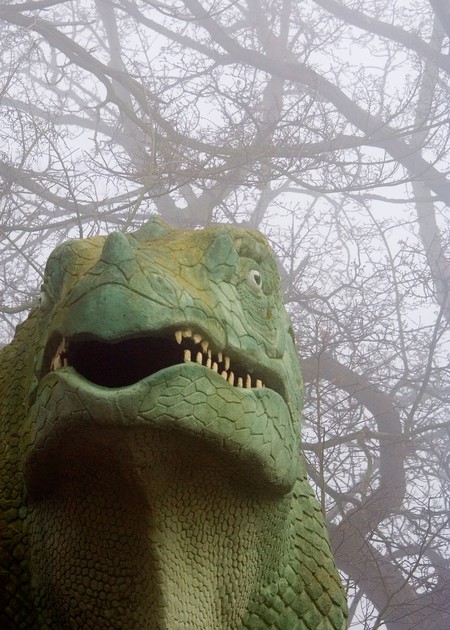 Once at the cutting-edge of science, these sculptures now remind us of extinct ideas. The Iguanadon’s thumb spike, for example, is mistakenly on its nose; the relatively recent theory that dinosaurs in fact had feathers rather than scales completely overturns the image of the giant green lizard. 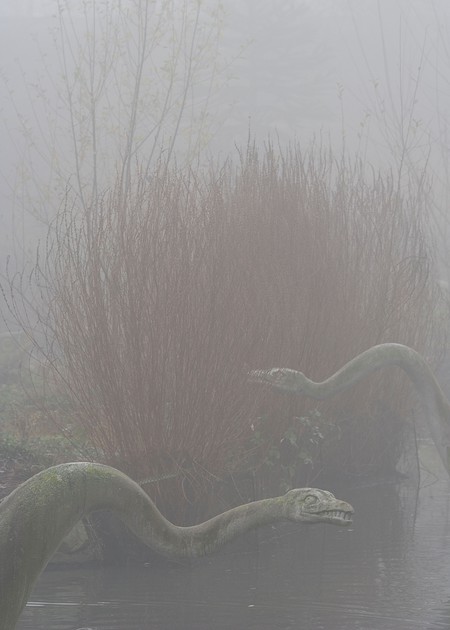 Despite these representations becoming less and less accurate as science advances, this sculpture park is still historically fascinating in its own right. For one, the public nature of Hawkin and Owen’s venture exemplifies a Victorian ideal: the democratisation of knowledge and space. The excitement of discovery, usually reserved for the very wealthy and highly educated, was shared with average 19th-century Londoners, who were just beginning to enjoy the novel luxuries of leisure time and public parks. 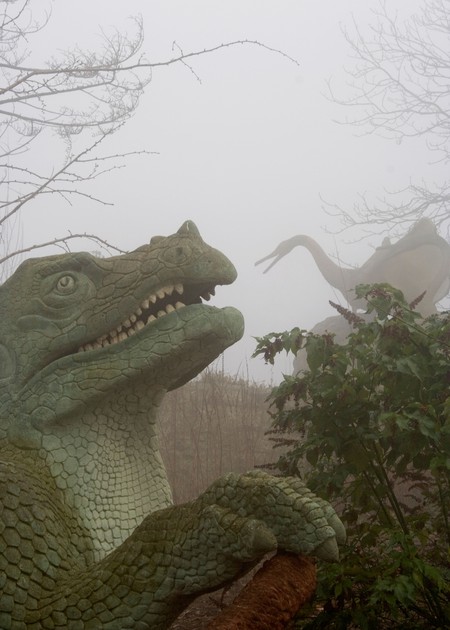 It’s also easy to overlook how innovative this project was; these sculptures took dinosaurs out of the textbooks and placed them in the forefront of popular culture, a position they still enjoy today. 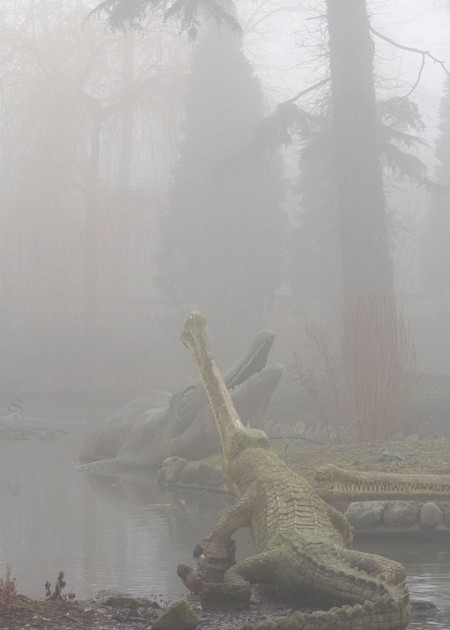 Crystal Palace Park is where our ideas about the inhabitants of the prehistoric world came alive for the first time.

Find out more about the Crystal Palace Dinosaurs and how you can support their conservation.