The Chew Chew Cult: A History of Beach Bodies and Fad Diets 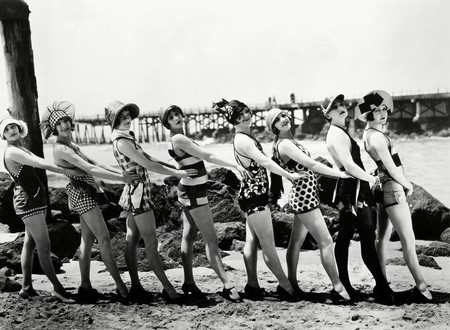 The bikini turned 60 this month, so we’re taking a look at how fad diets trick us into believing in their effectiveness.

Summer is upon us, and so is the crushing sense that you’ve missed the window to get your beach body ready. Our instagram feeds are chock-full of slim-figured influencers selling us solutions to the body-shaming we inflict upon ourselves, but rather than selling it as a diet plan, it has been repackaged as “wellness culture.” The reality is that these influencers aren’t selling us anything new, rather they are using the same techniques to convert us to the Temple of Self-Doubt, and its mighty saviour, the Fad Diet.

One of the greatest examples of early wellness gurus was Horace Fletcher (1849–1919), an American who claimed that his unique method of “fletcherising” food saved him from near death at the age of sixty. His aptly titled book, Fletcherism: What it is and How I Became Young at Sixty, explained that through fletcherising, a person would regain control of their health, and gain more energy and strength than ever before. Fletcher detailed a series of tests performed to prove the effectiveness of Fletcherism. In one instance he describes a strength test in which a Fletcherite was able to squat “5,002 times consecutively in two hours and nineteen minutes and could have continued.” 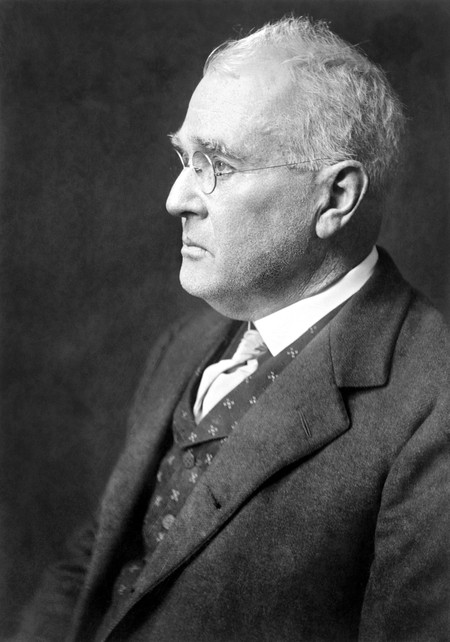 So what was this miracle diet that cheats death, slims your waistline, and gives you inexhaustible energy and strength?

The process of fletcherising is a combination of mindful eating and juicing, but in an age before mechanical juicers. A fletcherite would eat only when they experienced a “deserved hunger,” chew the food until it was devoid of flavours, and then spit out the “fibrous, insoluble, and tasteless remainder,” earning it the nickname of the “chew chew cult” from the diet’s critics.

A true Fletcherite does not consume food on a whim, but obeys their “Natural Appetite” and for Fletcher, the “Natural Appetite” had less to do with quinoa salads, and açaí bowls, but was a reference to what he interpreted as natural digestion. He told his audience the way they were eating was not only wrong, but against the laws of nature.

To bolster this argument, Fletcher also claimed that his diet would not only cure indigestion, but cure the social ills caused by increased urbanisation. His argument, and the argument of many social reformers at the time, was that if people were cured of indigestion, they’d be less likely to turn to vice. The implication was that modern human life had abandoned its natural state, and it was only through returning the diet to a natural state that humans could even begin to fix their social and individual ailments.

The idea of returning to a natural diet lives on through the Paleolithic, or Paleo diet popularised by Dr. Loren Cordain. Cordain claims that the human body experiences ill-health because our bodies have not evolved to digest foods as fast as we’ve evolved to develop agricultural societies. His theory rejects the consumption of grains, dairy and legumes and limits the consumption of fruits and vegetables and instead prioritises a higher concentration of meat and fish in the diet. 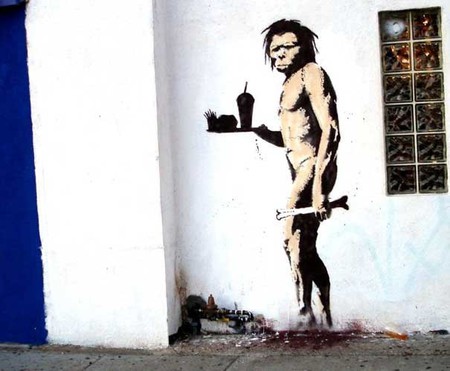 Graffiti done by Banksy of a palaeolithic man holding a tray of fast-food. | © Bruce Krasting / Flickr

For Cordain, the Paleo diet is the answer to increased levels of obesity and diabetes that have arisen as the human population started to consume processed foods and adopt a more sedentary lifestyle. Much like Fletcher’s claims to cure social ills that developed from urban lifestyles, Cordain’s argument for the Paleo diet is that it will cure the health of not just the individual but the health of society as a whole.

Patently absurd, Fletcherism has fallen by the wayside, but Cordain’s Paleo diet persists. The problem with the theory behind Paleo dieting is not that it encourages people to avoid processed foods, rather that it is based on an anthropological theory that has been largely debunked, namely the assertion that in hunter-gathering societies, game hunted by the male population made up the majority of the paleolithic diet.

Not only does this outdated theory hinge on an assumption that socially constructed gender roles are based on human nature, modern archeological studies have found that paleolithic peoples were actually quite evolved to eat plant-based diets.

In a TedX talk on the Paleo Diet, anthropologist Christina Warinner explains that analysis of paleolithic tooth plaque has revealed that humans were eating the legumes and grains Cordain claims we are ill-suited to digest. She also explains that Cordain’s belief that there is one definitive Paleo diet is effectively an erasure of paleolithic humans living outside of cold-climates like Europe who had greater access to plant food and relied very little on meat in their diets.

Regardless of the anthropological critique of Cordain’s diet, instagram influencers that aligned with the paleo diet attract hundreds of thousands of followers. Many claim that their lives have been changed by converting to the “diet of our ancestors,” but the science is still out as to whether this diet is actually the most nutritious for the human body.

In Fletcher’s time, nutritional science was in its infancy, but this did not stop him from attracting high profile followers like the oil magnate John D. Rockefeller. Another one of his supporters was head of the famous Battle Creek Sanitarium and inventor of cereal, John H. Kellogg, a medical doctor who brought scientific cache to Fletcher’s claims. Both men’s acceptance of the “chew chew cult” was the modern equivalent of a Kardashian tagging a meal with #paleo. 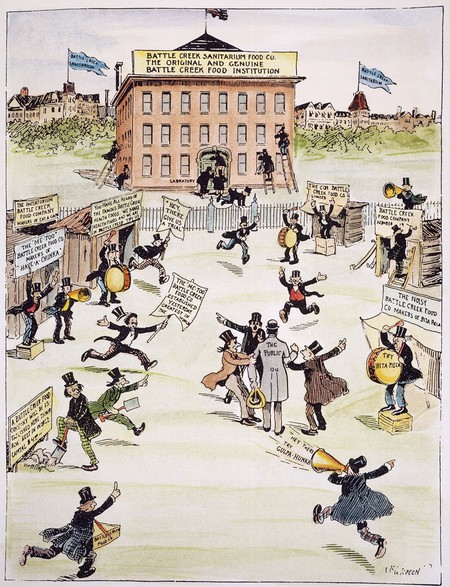 The Paleo diet and Fletcherism are both examples of aspirational diet theories that hinge on the assumption that the average person has little knowledge of their own bodies and need to reform the way they live. Through association with individuals who have experienced what is perceived as success either on a social or financial level, diet trends are able to attract followers with the implicit promise that they are one protein bar away from living their best lives.

So, rest assured as you lather on the sun cream and head to the beach, no one actually knows what they’re doing, our idea of perfection has always been based on some dude’s false assumptions, and you deserve that ice lolly.