The History Of The British Museum In 1 Minute 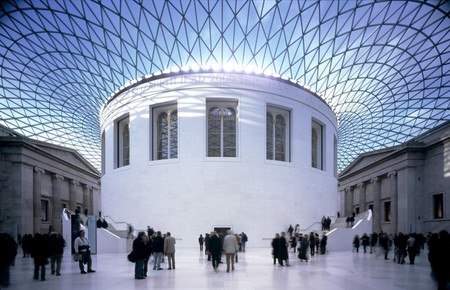 The Great Court at the British Museum | © M.chohan / WikiCommons

Dating back to 1753, the British Museum was the first national public museum in the world, and still remains a highly popular attraction today. Since its official opening, the museum has been open every day boasting free admission to “all studious and curious Persons”, with the exception of two World Wars.

Lying in the will of Sir Hans Sloane (1660 – 1753), a physician, naturalist and a collector of over 71,000 objects throughout his life, the British Museum was started from his very own collection. Sloane bequeathed his entire collection to King George II to preserve these items, and for the nation to view, in return for his heirs receiving payment of £20,000. An Act of Parliament established the British Museum on 7 June 1753, originally consisting of books, manuscripts, natural specimens, antiquities and ethnographic material. This unique collection was collected and placed on display in a 17th century mansion, Montague House, in Bloomsbury, opening to the public for the first time on 15 January 1759. 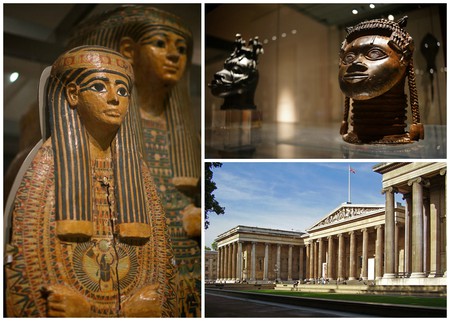 In 1823, the core of the museum that was constructed and is still visible today was designed by Sir Robert Smirke (1780 – 1867), and by 1857 both the quadrangular building (featuring four wings: north, south, east and west) and the Reading Room were constructed. First displaying both classical sculptures and Assyrian antiquities, the museum quickly grew, welcoming more objects to be displayed whether temporarily or permanently. Featuring a Greek Revival style, the overall architectural design, including the columns and the pediment found at the South entrance, specifically resemble the classical Greek architecture from the 19th century.

Reaching the beginning of the 20th century, the museum saw a large expansion welcoming more public services, including the first summery guide and the first guide lecturer. From this, the museum grew rapidly across the centuries to what is seen today.

With 6.82 million people visiting the British Museum in 2015, compared to a mere 5,000 visitors per year in the 18th century, this museum remains the most popular visitor attraction, on the top UK visitor attractions list, for the ninth consecutive year.