The British Museum: a History of Afternoon Tea 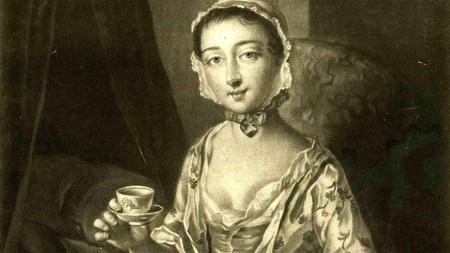 Culture Trip and the British Museum have teamed up to bring you a guided tour of some of the most interesting customs from history. Here food historian Tasha Marks explores the origins of the traditional cuppa and cake.

It’s the seventh Duchess of Bedford, Anna Maria Russell, who we have to thank for the invention of afternoon tea, sometime around 1840. Due to increasing urbanisation and the rise in industrialisation (including the spread of gas lighting in England), the evening meal was becoming later and later. Whereas in rural farming communities the day had an early start and finished when the sun went down, wealthier classes, unhindered by such practicalities, were now having dinner closer to 9pm – with lunch many hours earlier at midday. 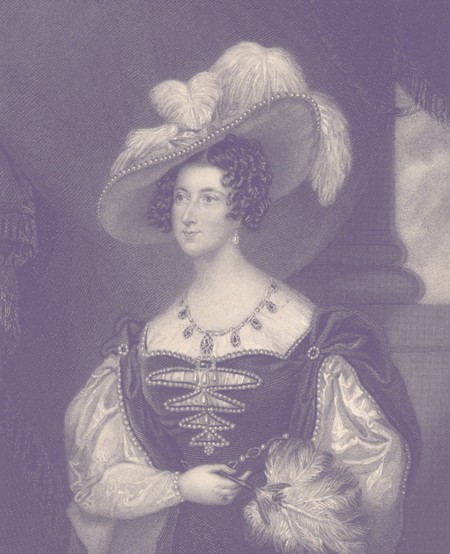 The Duchess of Bedford, who was one of Queen Victoria’s ladies-in-waiting, was having none of it. Describing a ‘sinking feeling’ at about 5pm, she became despondent at the void between lunch and dinner. She requested that some tea, bread and butter and cake was brought to her room in the late afternoon – and with that one request of a lady’s grumbling stomach, an afternoon ritual was born. Needing very little prompting to find an occasion to squeeze in another cup of tea and a piece of cake, the upper classes ate it up and the fashionable custom soon spread across Britain. 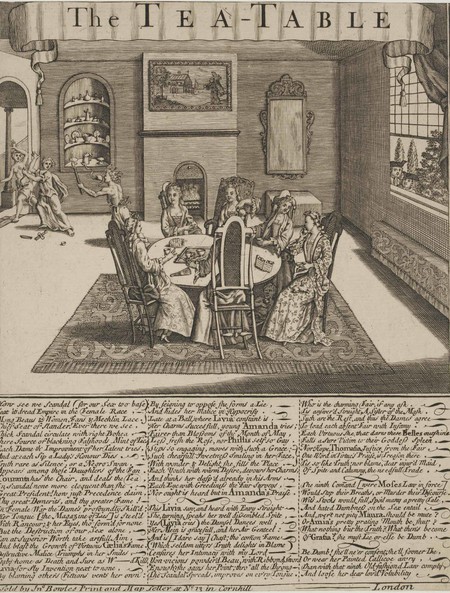 Whether you prefer English breakfast, Earl Grey or lapsang souchong, tea is a fundamental component of afternoon tea. British tea-drinking pre-dates the introduction of afternoon tea by a couple of hundred years, having first been popularised in England by King Charles II and his Portuguese wife, Catherine de Braganza, in the 1600s. The initial imports of tea were costly and heavily taxed, procured through the East India Company who maintained a monopoly of the trade, meaning that only the very wealthy could afford it. However, even with a shocking import tax of 119%, by the 18th century, tea drinking had risen by more than a quarter, prompting pressure on the government to reduce tax on it to 12.5%, removing the need for the black market and encouraging the populace to replace gin with tea as the go-to breakfast drink!

From China to India

Throughout the Georgian Era the majority of England’s tea was coming from China (via the East India Company), however in the 1830s the first tea estates were established in the north eastern Indian state of Assam. These vast plantations were part of the British colonisation of India and Sri Lanka, with teas like Darjeeling and Ceylon ending the British Empire’s dependence on Chinese imports. This was a shift of power that goes far beyond a single foodstuff and into much wider debates into commodities, colonisation and power. Some say the British Empire was built on tea and tea fuels England even today. For more in-depth explorations into this subject, Lizzie Collingham’s The Hungry Empire delves into many of the links between Britain’s quest for food and the modern world. 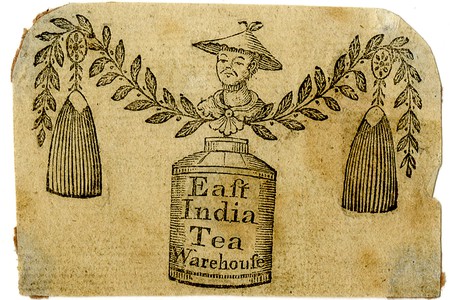 The material culture of tea

By the Victorian era (1837-1901), tea drinking had become heavily engrained in the English home. It was a beverage enjoyed by all echelons of society, however, one way in which the tea experience differed was in the material culture of the table. Tea drinking for the wealthy came with a whole host of accessories – fine porcelain teacups, bowls and saucers, decorative teapots, mahogany tea caddies, silver tea urns, exquisite table linens and personalised tea blends. For them, the afternoon tea table was one of great opulence and refinement, a place to express your identity, interests and taste. 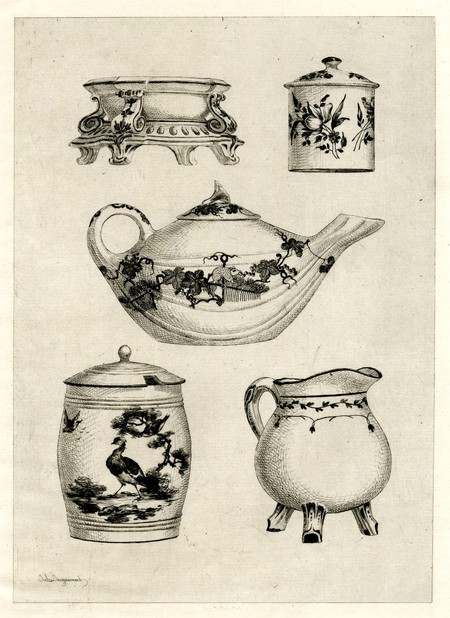 There are two types of people in the world: those who put the milk in first, and those who begin with the tea and add the milk second. While I am definitely in the latter category (like any rational human), in previous centuries adding the milk first had a practical function. The fine porcelain cups and tea bowls of 18th- and 19th-century England needed the cool milk added first to prevent them from shattering from the sudden heat of the tea. Nowadays, however, I think our heavy-set mugs can take it! 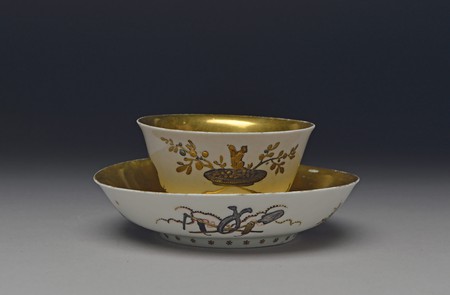 Fragile teacups aside, I believe that Victorian afternoon tea could be considered a radical feminist act. While coffee occupied a more masculine external world in 19th-century London, the interior realms of tea were a more feminine affair. Afternoon tea allowed women to entertain mixed company at home without their husbands and was therefore liberating, both socially and practically. This freedom continued into the dresses they were wearing, which were designed to be worn indoors, in the intimate company of friends and family and away from the public eye. As a result, they used less boning to hold their shape and were made of light, flowing fabrics. Free from some of the Victorian era’s performative and literal corsetry, afternoon tea was a place where women took centre stage and were able to exchange ideas, opinions and a healthy dose of gossip. 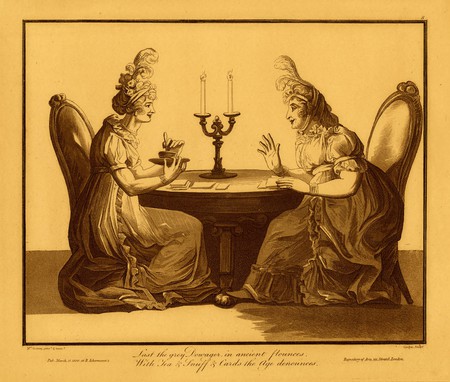 Anthony Cardon (1772–1813), after Maria Cosway, published by Ackermann, Last the grey Dowager, in ancient flounces from the series Progress of Female Dissipation. Etching and aquatint on paper, 1800. | 2020 © Trustees of the British Museum

Today when we think of afternoon tea we likely think of upscale hotels and restaurants, special occasions and a seated affair. However, what we imagine as a classic afternoon tea is really an amalgamation of a multitude of Victorian customs. The Victorians had a number of versions of ‘tea’; they had ‘at-home’ teas, which were often a riotous, standing-room only affair – as captured in Joseph Swain’s tea-party illustration below. 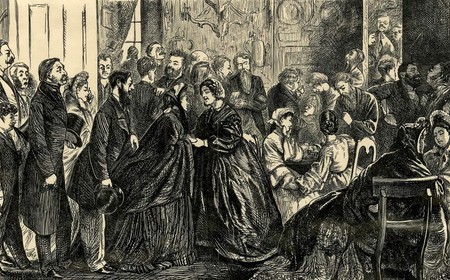 However, the “at-home tea” could also be performed as a “simple tea” with a modest menu and only family for company. Which brings me on to “family teas”, which acted as a sort of evening meal in more middle-class households, but was also in the afternoon, meaning you could still refer to it as an ‘afternoon tea’. Conversely some refer to this as “high tea” and that could be formal or informal. Confused? Understandable! In this and many ways afternoon tea is a moveable feast, it’s a social act, full of ritual and performance, but one that changed across class and county lines. (We better not get started on the whole debate about cream or jam first on scones!) Nevertheless, the unifying customs are that there should be sweets and savouries, tea and pleasantries, it should be around 5pm and corsets are optional.

You didn’t think I’d finish before mentioning cucumber sandwiches, did you? Even in the Victorian era, cucumber sandwiches were on the afternoon tea menu. In fact, most of us would recognise the 19th-century afternoon tea as something similar to what we have today – finger sandwiches with assorted fillings, savoury tarts and pastries, a variety of fancy cakes, scones and tea. For the full Victorian experience, you might want to include a glass of sherry or a nice claret. Also, sandwich-wise, you could be a bit more adventurous and go for anchovy, sardine or maybe even beef tongue. Meanwhile, for the cakes, seed cake is a timeless choice, almond cakes or madeira a safe bet, or the later classic – a Victoria sponge which, according to the legendary Mrs Beeton, was “seasonable at any time”. 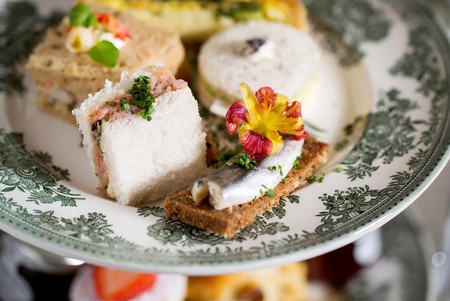 Victorian Afternoon Tea at the V&A, designed by Tasha Marks in collaboration with Benugo, 2016 | Courtesy of Benugo

Find out more at blog.britishmuseum.org