The Best Travel Shows To Get You Wanderlusting From Home 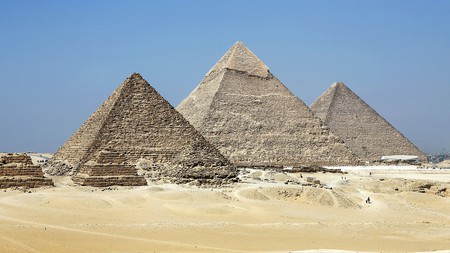 Relive past adventures, plan ahead for future travels or just escape into a TV series that entertains and informs | © Friedrich Stark / Alamy Stock Photo

Travel shows come in many forms, but the best ones showcase the people, places and cultures of destinations you eventually want to explore yourself. Here are the programmes you need to watch right now, to keep you culturally curious while you’re stuck indoors.

Armchair travel and virtual tourism have become crucially important during lockdown, particularly with flights and holidays being cancelled at unprecedented levels. But if you just want to sit back, relax and go along for the ride, your best source of entertainment is a travel TV series.

Travel shows have always been a source of inspiration for the globetrotter, and have only grown in popularity during the outbreak of Covid-19. Whether you want to relive past adventures, plan ahead for future travels or just want to escape into a series that entertains and informs, there’s something for everyone on this list of inspirational programmes.

The long-running gag throughout this series centres around the title itself. Dour Mancunian Karl Pilkington is intent on examining the Wonders of the World (as listed here) and wants the name of the show to reflect that. Producers and chief antagonists Ricky Gervais and Stephen Merchant, however, are keen to call the eight-part series An Idiot Abroad. Guess who won that battle? 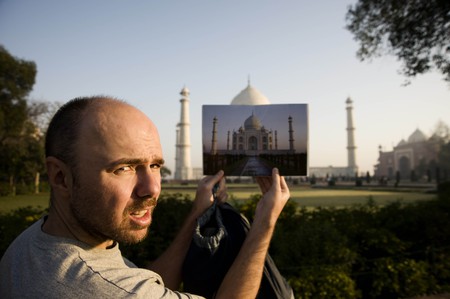 The jovial tone is played perfectly. Karl’s stubbornness, which sees Rome’s magnificent Colosseum unceremoniously dumped from the travel schedule in favour of the Great Pyramids of Giza, proves that he can give as good as he gets. The tone treads the fine line between satirical and offensive, as our reluctant traveller meets some eccentric characters along the way.

Pilkington made two more travel shows with Gervais, and a solo spin-off, too. They are all worth hunting down, but check out the original (and best) outing first to see if you have the taste for “the round-headed one”.

Michael Palin: ‘Around the World in 80 Days’

A throwback to a bygone era of travel journalism, this show is reminiscent of the globetrotting adventure depicted by Jules Verne in his novel Around the World in 80 Days (1873), and the series follows much of the same route as the book. First screened at the end of the 1980s, it might seem a bit dated, but at the time it opened up a world of exploration to an entire generation.

What makes this a great watch is that it gives an insight into what the world was like some years ago, capturing destinations in particular moments that would be impossible to recreate today. This is an interesting contrast to the modern travel experience, as some of the activities and journeys Palin undertakes are now inaccessible. 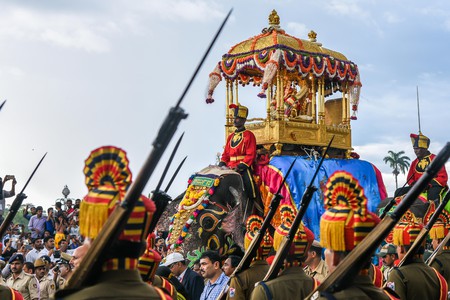 The more curious viewer may also feel encouraged to plan a trip out to places like India and Hong Kong, to see how they have developed since the series was shot. This is one series many travel writers and influencers cite as a source of much inspiration, and with good reason.

New Zealand filmmaker David Farrier takes a trip to the other side of international travel with this Netflix series. Farrier eschews the whimsical exploration format championed by Michael Palin and journalist Alan Whicker before him in favour of this troubling examination of extreme travel.

What could have been a predictable morality tale aimed at over-exuberant influencers in search of the perfect selfie is actually a more nuanced look at universal travel habits we all tend to display.

Farrier’s journalistic background is put at the forefront, which poses a few problems when it comes to his sometimes dismissive presenting style, but the series does a great job of separating the customs that have spiritual significance to locals from the gawping that outsiders document on social media.

Anthony Bourdain is the undisputed king of food/travel television. He essentially created the genre of foodie travel, casting a spotlight on local cultures and cuisines all around the world with his culinary travelogues. Many others have followed in his footsteps, with varying degrees of success, but none come close to the original. Bourdain was ahead of his time and was still the most recognisable name in TV travel when he died by suicide while filming on location in France in 2018. 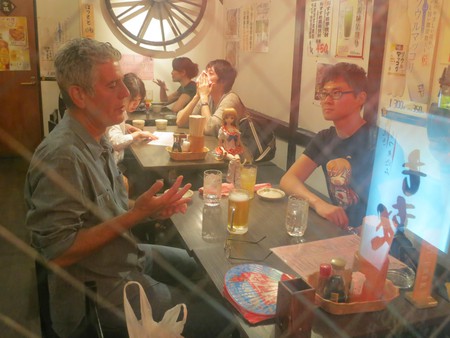 Parts Unknown wasn’t the first series Bourdain embarked on, but his previous efforts were far more focused on local cuisines. His biggest hit, which first launched in 2013, was the ultimate combination of groundbreaking travel show and insightful food exposé. The fact that Bourdain was regarded by many contemporaries as one of the best chefs in the world only adds to the gravitas that the otherwise rough-and-ready programmes exude.

There is a shocking lack of diversity when it comes to gender and racial representation on televised travel shows. This becomes even more apparent when you take a quick look at the online travel world, which appears at first glance to have a more balanced mix of both men and women from all corners of the world.

Going someway to redress this, Travel Man, a high-concept British TV series, sees comedian Richard Ayoade, who is of Norwegian and Nigerian descent, visit popular cities around the world with a different celebrity co-host in each episode.

The quirky perspective from which Ayoade and his companions approach each destination makes for compelling – and often humorous – viewing, and the variety of guests keeps each episode feeling fresh; thankfully there are as many women joining Ayoade onscreen as there are men.

After 10 seasons and more than 40 episodes, Ayoade has stepped away from hosting the show, and we hope new presenter Hugo Boss (no, not that one) will maintain the diversity of talent in the new instalments.

The hook for this Netflix documentary is that our guide is a man who quit his high pressure job as a city broker to embark on a journey in search of the rarest of commodities: kindness.

Jumping on his intermittently reliable yellow motorbike, Leon Logothetis sets off without much of a plan but with the hope that random strangers will supply him with accommodation, food and money. The inspiration for his trip was a chance viewing of The Motorcycle Diaries (2004) a few years ago when Logothetis admits he was drained and in search of a way to connect to people.

A crucial part of The Kindness Diaries is Logothetis’ goal of “giving back” for every selfless act he benefits from. This makes for an occasionally emotional diversion from the core conceit of the series, but ultimately makes the show all the more rewarding.

‘The World’s Most Extraordinary Homes’

Netflix’s tantalising glimpse into the homes we all dream we could afford to live in is slightly different but no less satisfying. This brand of wish-fulfilment television is a tricky genre to get right, but thanks largely to hosts Caroline Quentin and Piers Taylor, it works. The former is a popular star from British drama and comedy and the latter made his name in the world of architecture. 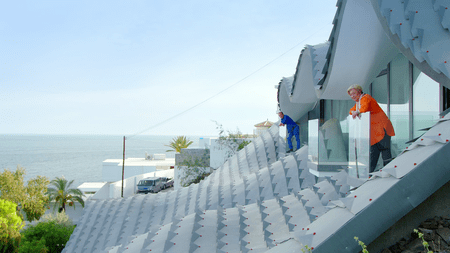 You get a real sense of what makes each country the pair visit so unique throughout the series. The brutal minimalism of Scandinavia contrasts with the high-end cool of America, and the concept of the show has evolved, too. The first series was broadcast on the BBC, focusing on the environments the homes were in, whereas the subsequent move to Netflix saw a shift to countries and cities.