The Best Things To See and Do in Mayfair 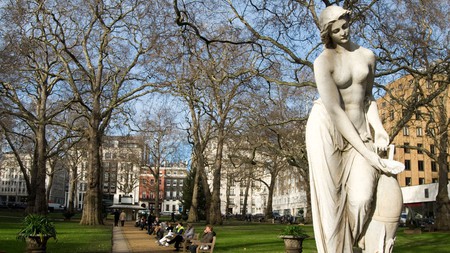 Known for its embassies, high-end fashion boutiques and luxury hotels, Mayfair might be pricey, but there’s plenty to explore in this prestigious neighbourhood. From browsing art galleries to visiting Jimi Hendrix’s former home, here are the best things to see and do in Mayfair.

At the heart of Mayfair’s Piccadilly is the spectacular Royal Academy of Arts, an academy and exhibition space that’s been independently run and privately funded by artists for over 250 years. It’s known for its annual Summer Exhibition, an open-submission exhibition showcasing pioneering, vital works from contemporary artists. The RA also hosts an impressive permanent collection, boasting works from the likes of Angelica Kauffman, Dame Laura Knight and Tracey Emin. An institution that has shaped ideas and facilitated conversation about the visual arts since 1768, the RA continues to be at the cutting edge of Britain’s art world to this day.

Get suited and booted 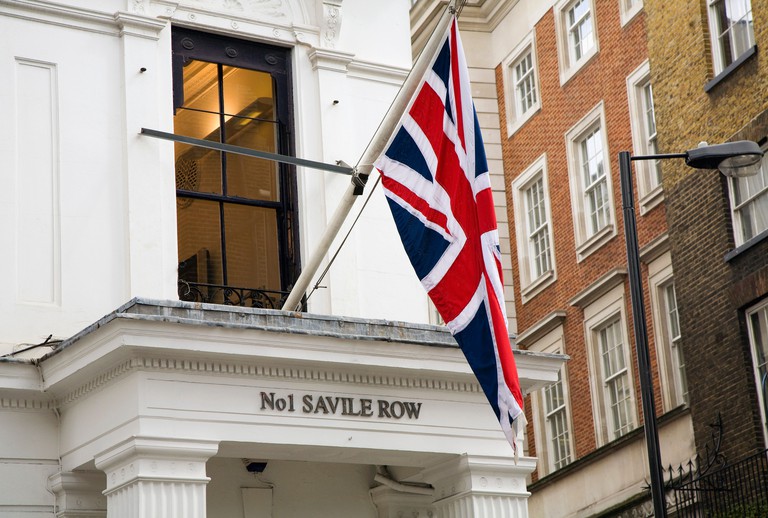 Running through the heart of Mayfair, Savile Row has been the home of bespoke tailoring since the 1800s. Henry Poole, designer of the tuxedo, set up shop here in 1846, with many other tailors following suit (pun intended). Today, the name Savile Row has become synonymous with good quality, well-cut suits. The street isn’t only the holy grail of British menswear; it was on the roof of 3 Savile Row that The Beatles performed their famous final concert.

Have a picnic next to a haunted house 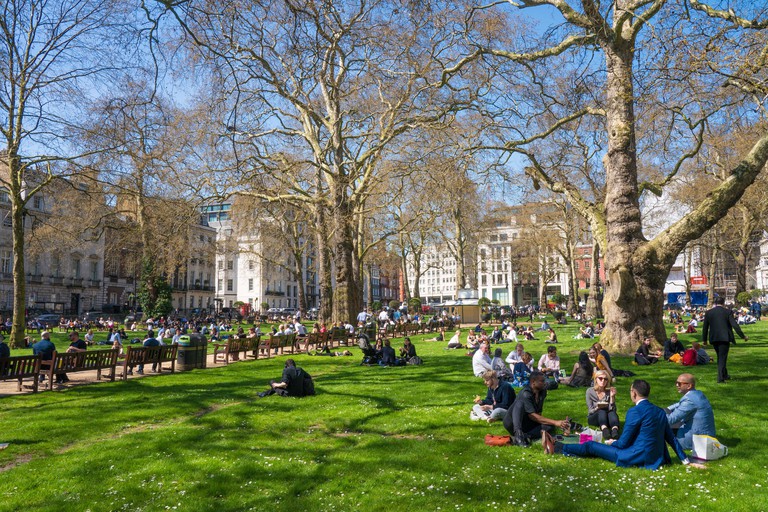 Berkeley Square in London | © Roger Garfield / Alamy Stock Photo
Forever immortalised in the 1940 romantic song A Nightingale Sang in Berkeley Square, Berkeley Square is a picturesque town square with a long history in the centre of Mayfair, designed and developed by architect William Kent in 1789. The Square is famous for the Grade-II listed building Lansdowne House at number 57, which was initially created for The Earl of Bute in 1763 and became home to three British Prime Ministers, as well as 50 Berkeley Square, which is reported to be ‘the most haunted house in London’. Berkeley Square today is surrounded by members clubs, galleries and shops, and makes for an idyllic spot to relax, lined with trees, benches and complete with a pre-Raphaelite fountain.
Open In Google Maps
London, United Kingdom
Give us feedback 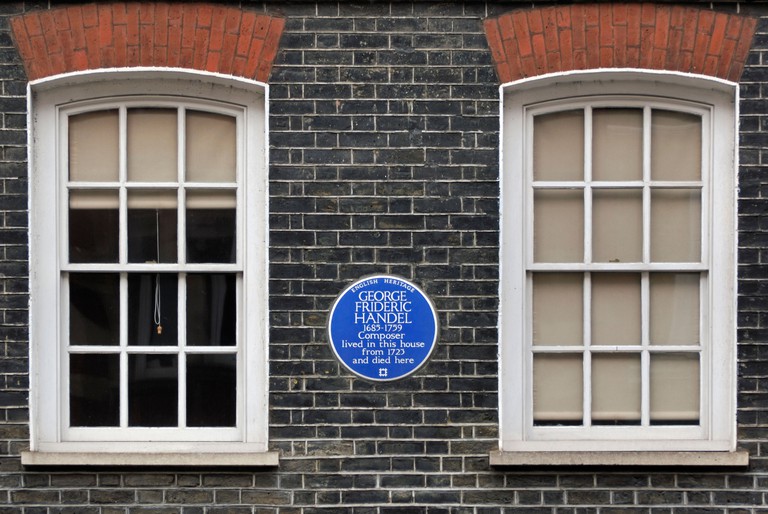 Handel Museum, Brook Street, London. | © Peter Scholey / Alamy Stock Photo
The respective residencies of 18th-century composer George Frideric Handel and rock guitarist Jimi Hendrix have been transformed into a museum that commemorates the lives and works of the two musicians. From 1723, Handel lived at 25 Brook Street for 36 years, while Hendrix moved in to the flat next door at number 25 over 250 years later, in 1968. Visitors to Handel House can take a peek into the famous composer’s rehearsal room, which contains an impressive harpsichord, as well as the room where he composed some of his most well-known works. Meanwhile, those checking out Hendrix Flat can experience the space in which Hendrix wrote music, had photoshoots and lived with his girlfriend, Kathy Etchingham, complete with mismatched rugs and furniture purchased by the couple from nearby department store John Lewis.
Open In Google Maps
London, United Kingdom
Give us feedback 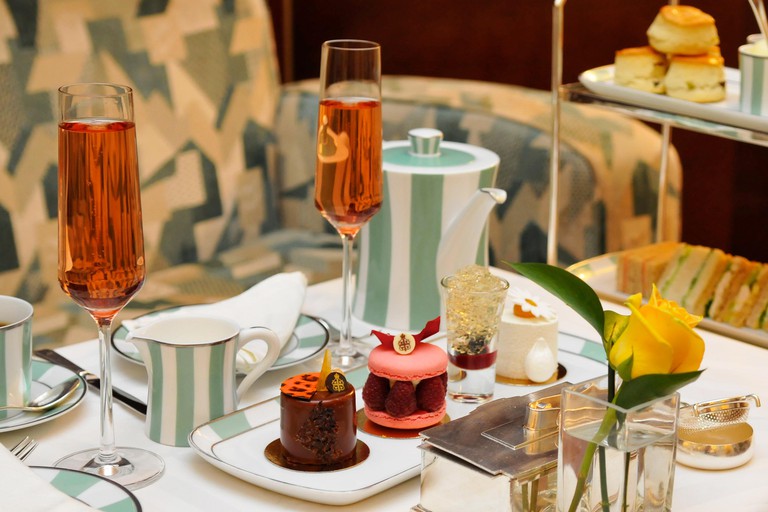 No trip to London would be complete without indulging in the much-loved English tradition of finger sandwiches, cakes and tea, and there’s no place in the city that does afternoon tea better than Mayfair. All of the neighbourhood’s luxury hotels serve up their own version of the traditional spread, but five-star Claridge’s might be one of the snazziest. Hosted in the glamorous Art Deco Foyer & Reading Room, Claridge’s afternoon tea sticks to the classic combination of warm scones, sweet cakes and savoury sandwiches, as well as tea selected by an in-house tea connoisseur and, of course, a classical pianist. 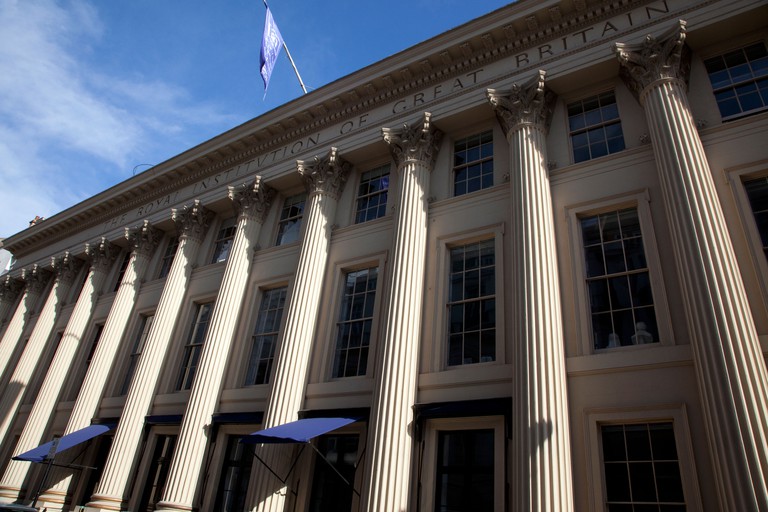 The Royal Institution of Great Britain, London. | © Jeffrey Blackler / Alamy Stock Photo
The Royal Institution of Great Britain is a Grade-I listed building, devoted to the practice of scientific education and research, and located on Albemarle Street. Over the last two centuries, The Christmas Lectures have become a much-loved tradition, with renowned speakers covering a variety of scientific subjects. The public can access books, instruments and diagrams at the Heritage and Collections – which holds materials dating back to 1799 – as well as attend talks and events throughout the year.
Open In Google Maps
21 Albemarle Street, Mayfair, London, England, W1S 4BS, United Kingdom
+442076702955
Visit Website
Give us feedback 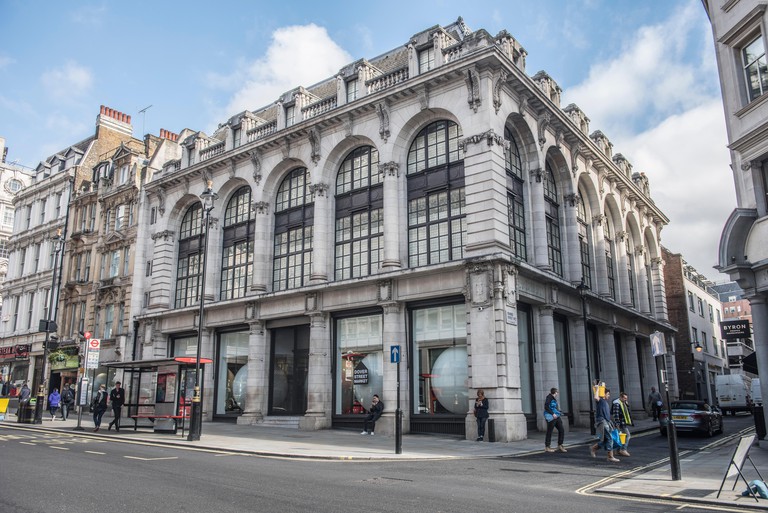 A concept fashion space that feels more like an art exhibition than a retail store, Dover Street Market is a haven for fashionistas. Its flagship outlet in Mayfair houses collections from high-end and streetwear designers including Balenciaga, Lanvin and Raf Simons. The multi-storey space defies convention, with artists and designers collaborating to create immersive, artistic displays.