The Best Restaurants in Spitalfields, London 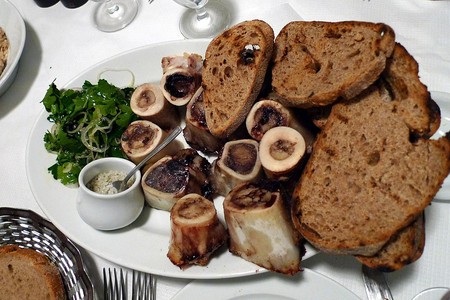 Thanks to its famous markets, London’s Spitalfields has a strong connection to food, something that continues to this day thanks to the variety of restaurants that have sprung up in the area. Many different regions and cuisines are well represented here and these are our favourites.

After the success of their pop-up restaurant operating out of Climpson’s Arch in London Fields, proprietors Andy Oliver and Mark Dobbie took the leap to permanent, opening in a former fabrics warehouse. Just like the atmosphere – loud and buzzy – the food at som saa pulls no punches in terms of flavour. This is regional Thai food as it should be. From the Bangkok-style som tam salad, to the guinea fowl jungle curry and the whole deep fried seabass, you really do get an explosion of taste and texture, and not a green curry in sight. Their Thai-inspired cocktails stand up to the boldness of the food brilliantly too.

Restaurant, Indian, $$$
Facebook
Email
Twitter
Pinterest
Copy link
Share
Map View
Indian food in Spitalfields isn’t just limited to the curry houses lining Brick Lane; there are some great restaurants serving exciting food and Gunpowder is one of them. The place is seriously tiny with just 28 seats, but once you’ve squeezed your way in, you’re confronted by a vibrant menu that draws influence from all over India, like Nagaland crispy pork ribs, Kashmiri lamb chops, Chettinad pulled duck with oothappam and Karwari soft shell crab saag. More playful dishes like venison and vermicelli doughnuts and chutney cheese sandwiches also feature, showing that whilst their kitchen may be small, the Gunpowder team know how to pull off big flavours.
Book Now

Restaurant, Indian, Chinese, Asian, 0
Facebook
Email
Twitter
Pinterest
Copy link
Share
Madame D’s is run by the same husband and wife team behind Gunpowder and is just over the road on the top floor of Blessings Bar. Again it’s another small spot, but here the focus is on Himalayan food, a mixture of Indian, Chinese, Nepalese and Tibetan flavours. The flavours are seriously punchy – the prawn crackers come with Szechuan pepper salt, the Tibetan duck momo are sweet and sticky, the Naga beef puffs are spicy and so it goes throughout the entire menu. Go with a group and order the whole menu if you can.

We confess: Gul & Sepoy is also run by Gunpower and Madame D’s Harneet and Devina Baweja. But their newest offering, which opened its doors on Commercial Street in early October, is a testament to why these restauranteurs are the reigning power-duo of Spitalfields.

Pairing the royal flavours of Northern India with the more relaxed, laidback approach of the South Western Indian coastline, Gul & Sepoy’s menu showcases the breadth of Indian cuisine. The menu is divided into two sections, with the Sepoy side reflecting Chef Nirmal’s modern interpretation of the rustic, provincial style-food associated with the soldiers (or sepoys) of the Indian army who would cook whilst on the move. The Gul menu (named after Mughal princess Gulbadan Begum) echoes the age-old banquets of the Raj palaces in North-Western India with lavish flavours. Whichever side you choose from, you’ll leave feeling like you’ve been given the royal treatment. 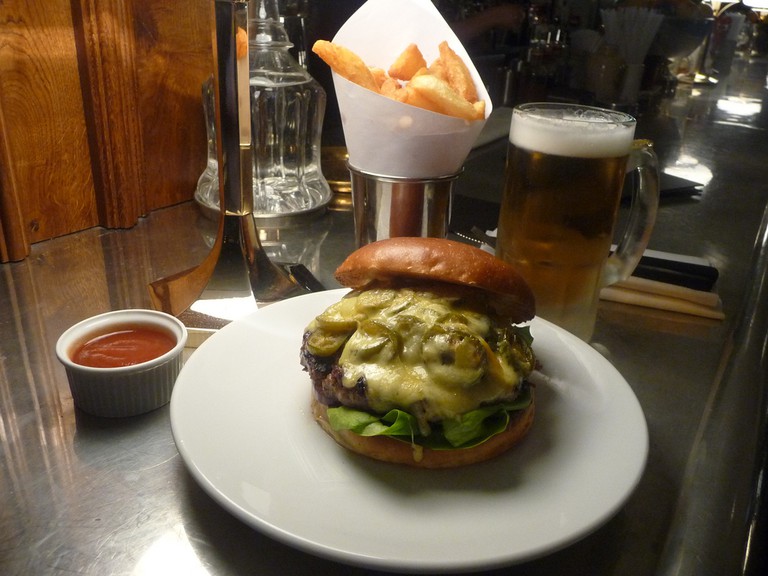 Frog Hoxton, London
The Frog is the first solo venture from Masterchef: The Professionals finalist Adam Handling. It’s casual in terms of décor with concrete flooring and mismatched furniture but the standard of cookery is anything but informal. Handling’s inventive style is on full display, with chicken butter to accompany the bread, a beetroot dish consisting of candied tubes stuffed with beetroot panna cotta and dusted with beetroot powder, and lots of nitro action on the desserts. There’s even an open pass, so you can actually see the chefs plating up and very pretty plates they are too. The same philosophy extends to the bar, which stocks craft beers, new age wines and kombucha made in-house.

If you want a steak in Spitalfields, you go to Hawksmoor. It really is as simple as that. This is the original Hawksmoor and it’s every bit as good as it was when it opened back in 2006. The steaks, sourced from British farms, are of the highest quality and cooked to perfection, and can be made even more indulgent by adding grilled bone marrow, triple cooked chips, macaroni cheese and even half a lobster into the mix. The basement bar, a former illegal strip joint, is worth a visit in its own right thanks to exceptional cocktails and bar food like lobster rolls, French dip burgers and chicken poutine.

Restaurant, Italian, $$$
Facebook
Email
Twitter
Pinterest
Copy link
Share
Map View
Canto Corvino is one of those restaurants that opened without fuss and fanfare, instead focusing on treating diners to great food in a great space. With exposed brick, dark wood and steel accents on the central bar, the décor is industrial-chic but not over-styled, and the food is similarly well pitched. The menu is divided into eight sections, from salumi and crudo, to pasta and al forno, so whether you want a bowl of rabbit tortelli with lovage & peas or miso glazed halibut with aubergine trifoliate & bottarga emulsion, there’s plenty for you to dip into. The wine list, which focuses on small producers from across Italy, also has some real gems.

The best way to eat at HotBox is just to get stuck in. The place is always buzzing, thanks in part to the communal seating and the BBQ, from pork ribs with scotch bonnet glaze, beef short rib tacos and crispy smoked wings, definitely requires you to use your hands. All the meat is smoked over hickory and oak in their one-tonne rotisserie smoker and it stands up to any good BBQ you’d find in the States. The house brewed HotBox IPA will wash down the meat nicely and there’s also a cocktail bar in the basement should you want to kick the drinking up a notch.

An offshoot from the legendary St John, opened by Fergus Henderson who helped lead the nose-to-tail eating movement in this country, St John Bread & Wine was originally intended to be a bakery and wine shop (hence the name). However, it quickly evolved into a restaurant with the same ethos of its sister site, though slightly more informal, so as well as their famous bacon sandwich, you can get deviled kidneys on toast at breakfast or roast bone marrow and parsley salad and sweetbreads with smoked bacon and peas for dinner. Don’t leave without trying their madeleines either.