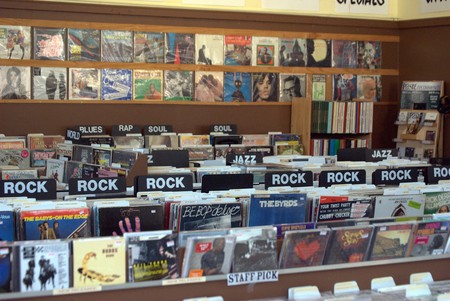 Looking for rare vinyl, classic records or want to discover some new sounds? This list of some of the best record stores in East London should help you find what you’re looking for. 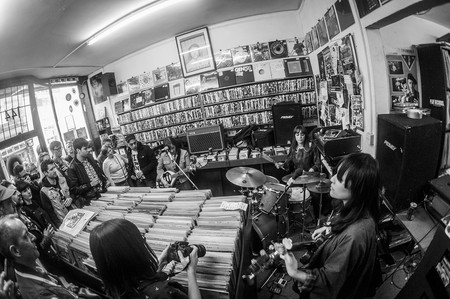 As the name suggests, this lot are truly living in the past (in a good way). They mostly sell second-hand stock, and the old records they push are treated as almost sacred by the devoted employees. You can get lucky outside with boxes of bargain-basement 12-inchers, sometimes selling for mere pennies, but inside is where the real magic happens. 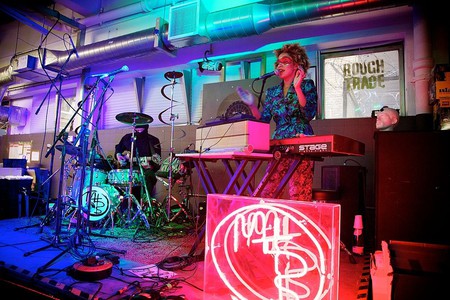 This shoppe, the most famous of east London record institutions, is not just a huge record store but also a great music venue where you can regularly see live sets and album launches from amazing artists from across the globe. The first Rough Trade was opened in Notting Hill in 1976 and, almost immediately, Punk happened. As the music scene morphed and changed over the years, Rough Trade branched out and opened the cavernous branch next to Brick Lane.

Shop, Store
Facebook
Email
Twitter
Pinterest
Copy link
Share
Map View
This newbie on the scene was only opened in 2014, but it has already made a name for itself in the record store world. The shop is split between two counters, one focusing on the latest house, techno, disco and edits, and the best new reggae, soul and jazz; and one offering second-hand records and rarities. The store’s mezzanine hosts their famous in-store appearances, especially around Record Store Day.
Open In Google Maps
5 Pearson Street, Hoxton, London, England, E2 8JD, United Kingdom
+442077298978
Give us feedback

Store
Facebook
Email
Twitter
Pinterest
Copy link
Share
Map View
This cosmic customer on the Hackney road is the place to find regional rarities, private pressing and soul smashes. Even newer than the aforementioned Love Vinyl, this one’s only been going for about two years, but its sister stores are well established in downtown Toronto. They stock around 10,000 records and focus on jazz, soul, rare groove, psych, Latin and disco
Open In Google Maps
324d Hackney Road, London, England, E2 7AX, United Kingdom
+442070338777
Visit Facebook page
Give us feedback
Give us feedback