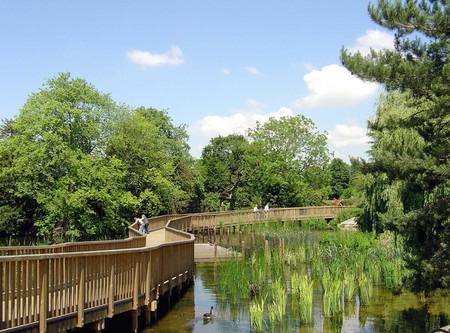 While London may be known for its industrial skyline, the city also has exceptional green spaces to offer visitors, particularly south of the river. So if you’re looking for some fresh air, here’s a guide to the best public parks in South London.

Home to a wide range of leisure activities, including a paddling pool, tennis courts and a bowls pavillion, it’s no surprise the South London park is a hit with visitors all year round. The popular green space also boasts an outdoor watersports centre where you can indulge in sailing, kayaking and canoeing on the large lake that is part of the park.

The South-West London suburb has a large common area stretching across 171 acres. The public park has an educational wildlife centre, known by locals as ‘The Scope’, making it perfect for nature-lovers. For athletic folk, the green space is the perfect spot to indulge in some outdoor activities, providing fitness tracks for joggers and dog-walkers, as well as tennis courts and a bowling green.

The large triangular park is located in the middle of the busy urban roads of Clapham, and the Common is one of the most popular parks in South London. Home to events such as the winter-themed adventure park Winterville and SW4 festival, the green space is a hit with Londoners all year round. 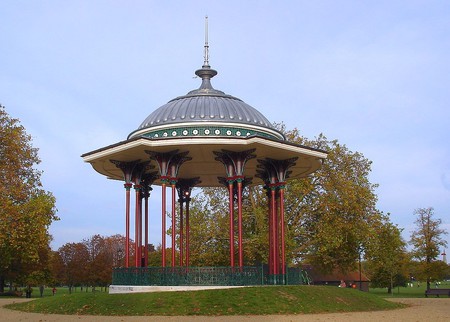 The triangular Victorian park and common located in the London Borough of Southwark is well-known for its woodland area, lake and formal gardens. For history geeks, Peckham Rye was allegedly the spot where poet and artist William Blake claimed to see visions that inspired his work.

Take the plunge and visit (arguably) the most Instagrammable park and leisure facility in South London. Tooting Bec Lido’s vibrant red, yellow and green changing-room huts have been a hit with visitors over the years. The lido itself is located on Tooting Bec Common and is over a century old, making it one of the oldest open air pools in Britain! 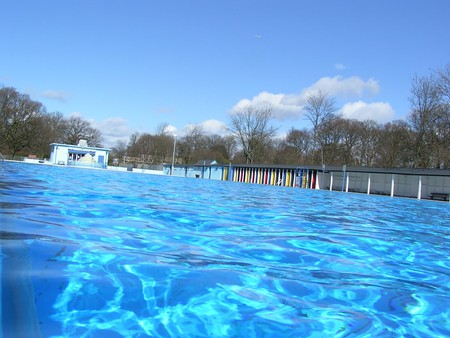 This South London spot is popular with joggers and is a stop on the Circular Ring, a popular long-distance walking route that circles Greater London. The park boasts the largest area of woodland and grassland in the whole of Lambeth, making it a go-to place for wildlife-lovers who also enjoy its small formal garden and beautiful flower meadows.

This South London area has a rather old-England and fairytale-like feel to it with its traditional village features. Dulwich Park is no different and is also packed with history. In the early noughties, the park received new funding, which was spent on restoring the park to its traditional Victorian layout. This interesting spot also contains a boating lake, a café and various sports facilities for visitors, providing enjoyment for visitors all year around. If you’re a history fan, be sure to visit this great South London park.

The large park located between Brixton and Herne Hill is home to festivals such as Sunfall, and in 2018, both Lovebox and Citadel will relocate to the popular green expanse. It’s also one of Lambeth’s 12 award-winning parks, with its Green Flag merit due to its achievement of providing the community with a high-quality green space.

With panoramic views across London, Greenwich Park is the perfect location for a crisp winter stroll or summer picnic, and it’s open all year round. Being the oldest enclosed Royal Park, the green space is home to different kinds of wildlife, including a small herd of deer. If you’re looking for views over the River Thames, make sure you check out this popular public beauty spot. 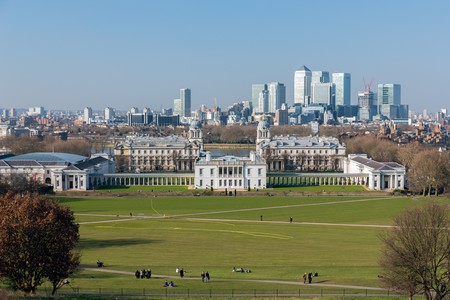 Burgess park is Southwark’s largest green space, stretching across 140 acres in all directions of the city – from Camberwell (south), to Bermondsey (East) and Peckham (South) – making it one of the biggest parks in South London. However, the boundaries of the park remain disputed because it has never been fully completed!

With the Shard and Waterloo just a stone’s throw away from Southwark, you may find it hard to believe the buzzing area is home to an award-winning Green Flag park. Interestingly in one of London’s busiest working areas, the park possesses a drinking fountain, which is the first public memorial to honour a working class man, Mr Jabez West.