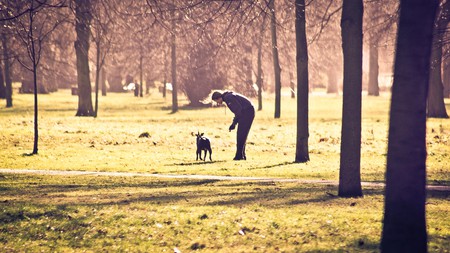 London has a formidable area of its land allocated for public recreational use. It doesn’t matter where you are in the UK capital, there is sure to be a beautiful green space nearby, with numerous spots in the city centre to chill out on the grass while basking in London’s summer sun. Anyone who doesn’t like dogs might like to check out our guide to London’s dog poo-free parks.

One of London’s eight Royal Parks, Hyde Park is huge. Stretching all the way from Kensington to Marble Arch and Hyde Park Corner, it borders Kensington Gardens in the west to Green Park to the east. Check out the Diana Memorial Fountain, rent a boat or pedalo on the Serpentine Lake, hear some free speech in action at Speaker’s Corner (Sundays only) or catch a gig in the summertime. 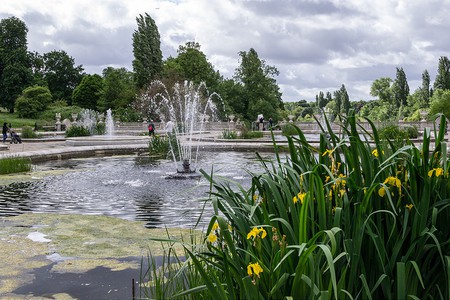 Rembrandt Gardens is located in the heart of Little Venice, where the Grand Union and Regent’s canals meet. The park has tulips which were presented to Westminster City Council in 1975, when it was linked with the City of Amsterdam. Together with other beautiful flowers, and the park’s luscious lawns, Rembrandt Gardens is a great place to catch the summer sun.

Another of London’s Royal Parks, Kensington Gardens is much more than Hyde Park’s western neighbour. The Diana Memorial Playground is a great spot to take the kids for some fun after awe-ing and boring them with Kensington Palace and its history.

First opened to the public in 1955, Porchester Square Gardens can be found in Bayswater, just a short walk from Royal Oak station. While some wonderful flowerbeds populate its beautiful lawns, the formal gardens also host a recently-refurbished play area that will keep the children happy.

Another Royal Park in central London, Green Park is located right next to Buckingham Palace, making it a glorious place to soak up the London sun. Catch a Royal Gun Salute on a special royal occasion when ceremonial guns are fired or check out the war memorials. 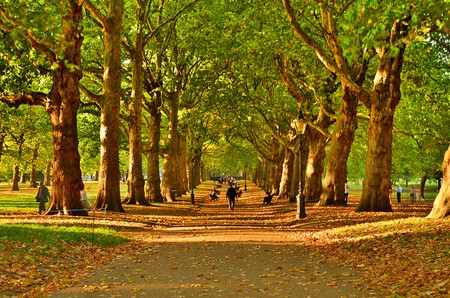 Paddington Street Gardens lies in Marylebone, one of London’s more prosperous areas. Raised from the road by some steps, the northern gardens are full of memorials, tombs and gravestones. Meanwhile, the southern gardens are characterised by formal open grass areas, alongside various shrubs and picturesque flowerbed displays.

Bordering Green Park and Buckingham Palace to the west, The Mall to the north and Horse Guards Parade and Whitehall to the east, St. James’s Park is perhaps the poshest of the Royal Parks in London. Check out the pelicans, go see the famous flowerbeds or chill out by the lake and pass a sunny afternoon in bliss. There are plenty of places to get some drinks in nearby too so there really is something for everyone.

Leicester Square Gardens is in the centre of London’s famous West End entertainment district, right by Soho and China Town. Try and spot someone famous at a film premier, check out the Hippodrome and Empire casinos, catch an evening of comedy or grab a drink in a bar.

Home to the US Embassy, Grosvenor Square Gardens in Mayfair is London’s most American Royal Park, as well as being the smallest. Admire the Franklin Roosevelt Memorial Statue, visit the Eagle Squadron Memorial or pay your respects at the September 11 Memorial Garden. 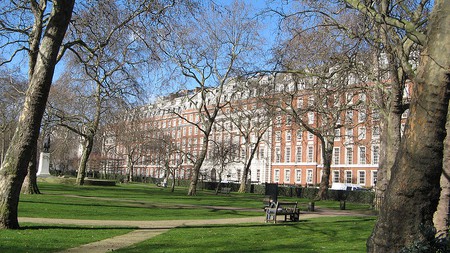 St. Anne’s Churchyard is situated on Wardour Street, Soho and was the graveyard of the adjoining Grade II listed St. Anne’s Church until it was closed to burials in 1853. If the kids are misbehaving, spook them into order by telling them that an incredible 100,000 people have been buried here since 1686.