The Best Outdoor Activities in and Around London 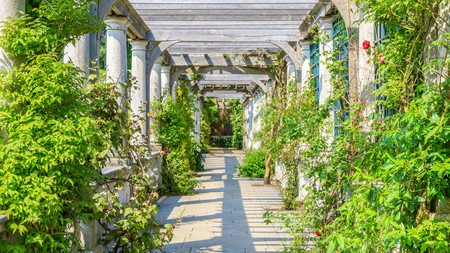 Nearly 50% of Greater London is green space, and in 2019 the capital was crowned the world’s first National Park City. If you’re not a fan of lounging and are looking for something more exciting to do in London’s parks and gardens, check out this roundup of the best outdoor activities to try.

Urban London is something to marvel at: a staggered skyline looms above streets that are dotted with galleries, shops, museums, cafés and restaurants, with the city’s history evident every step of the way. But some of the best parts of London are the pockets of greenery found throughout the city; turn a corner or venture down some side street and you’ll suddenly find yourself facing a sprawling wetlands nature reserve or in the midst of dense foliage. It’s in these smuggled spaces where pavement gives way to plant life that London truly shines. If you’re looking for the best outdoor activities in London, here’s where to go. 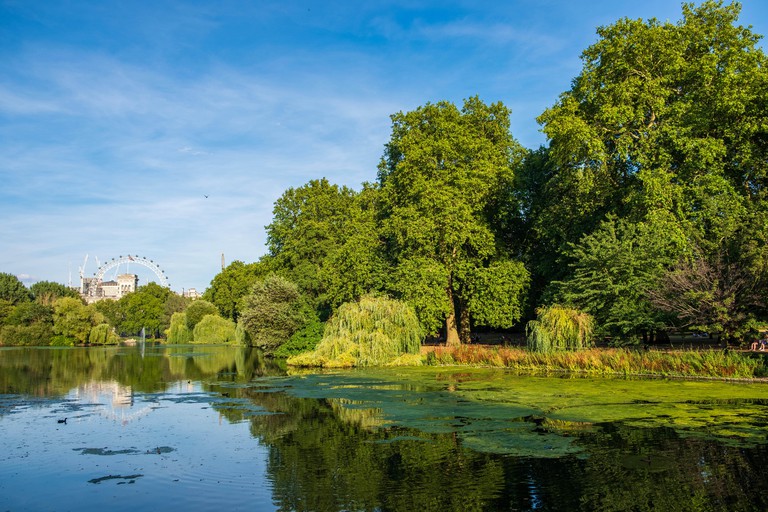 © IORDANIS PALLIKARAS / Alamy Stock Photo
Pass on the pigeons of Trafalgar Square and seek out some more photogenic birds in St James’s Park. This open space just beside Buckingham Palace has been home to free-roaming pelicans since 1664, courtesy of a rather unusual gift from the Russian ambassador at the time. Despite their severe appearance and massive size (their wingspan can range from 2 to 3 metres), the pelicans at St James’s are a friendly bunch. Turn up at feeding time to watch them squabble over fish and socialise with visitors; lunch is between 2:30pm and 3:00pm at Duck Island Cottage, but we recommend you bring your own sandwiches.

Park
Facebook
Email
Twitter
Pinterest
Copy link
Share
Map View
Visiting a church in London? Skip St Paul’s and head to St Dunstan’s instead. Built in 1100, these holy ruins are a testament to nature’s ability to reclaim the city. The church survived the Great Fire and the Blitz, but emerged too damaged to repair; rather than demolish it, in 1967 the City of London turned it into a public garden. Today, flowers climb up crumbling stone walls towards the sky, and the stained glass in the windows has been replaced with trailing ivy. Pilgrims still come here to admire London’s most unusual, and perhaps most sacred, outdoor space.

Natural Feature
Facebook
Email
Twitter
Pinterest
Copy link
Share
Map View
Hampstead Heath is the quintessential outdoor space in London; dog walkers, picnickers and poets mingle beneath ancient trees and open skies. The outskirts of the heath closest to the streets are lovely, but not the place to go for solitude, with photographers vying for prime positions overlooking the city skyline and the jingle of the ice-cream van drowning out the warbling of the birds. If it’s silence you’re after, grab your 99 and head up the hill, off the heath proper, to find the Hampstead Pergola. This terrace, built in the early 1900s, was once the stage for glamorous parties; now, wisteria climbs its ruined walls, but its glory is far from faded. 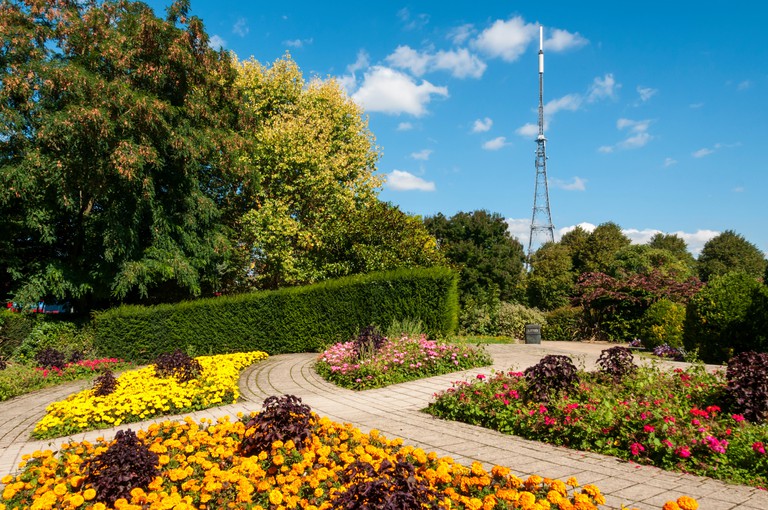 © UrbanImages / Alamy Stock Photo
There’s no shortage of wildlife in London, from park-dwelling pelicans to foxes rooting through bins, but catching a glimpse of an extinct species is understandably less common (unless you’re in the Natural History Museum, of course.) If the weather’s too nice to spend the day indoors, seek out the dinosaurs in Crystal Palace instead. Unveiled in 1854 and classified as Grade I-listed buildings in 2007, these massive statues were designed using the scientific knowledge the Victorians gleaned from fossil records – meaning they’re not exactly accurate to what we know of dinosaurs today. Take a stroll through the Dinosaur Court and try and identify the mistakes, or just recreate scenes from Jurassic Park.

Cemetery
Facebook
Email
Twitter
Pinterest
Copy link
Share
Map View
The Victorians contributed more to London’s outdoor areas than just dinosaur statues. In a culture that dedicated both literal and emotional space to mourning, graveyards became grand and spacious, filled with aspirational monuments and mausolea. Today the most notable Victorian graveyards in London are known as the Magnificent Seven. The most famous of the cemeteries is undoubtedly Highgate, which has attractions such as the grave of Karl Marx and stories of vampires prowling the walkways; but one of the most interesting to visit is West Norwood. This sprawling, peaceful graveyard was the first cemetery in Europe in the Gothic style, and it’s filled with a jumble of tombs, catacombs and beautiful sepulchral monuments. 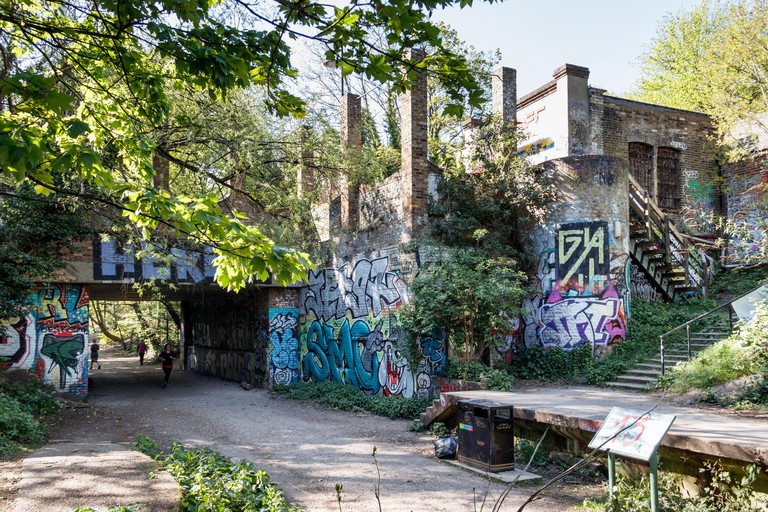 © Michael Heath / Alamy Stock Photo
Exploring along a train track is almost never advisable; Parkland Walk in North London is a rare exception. Once a railway line that stretched from Finsbury Park to Alexandra Palace, this nature reserve has replaced trains with tranquillity. Take a trip past abandoned platforms and graffiti-strewn arches; finish it off with a pint at the Boogaloo pub at the end to reward yourself for the walk or venture into the adjacent Highgate Woods to continue your exploration.
Give us feedback