The Best Movies By Wong Kar-Wai You Should Watch 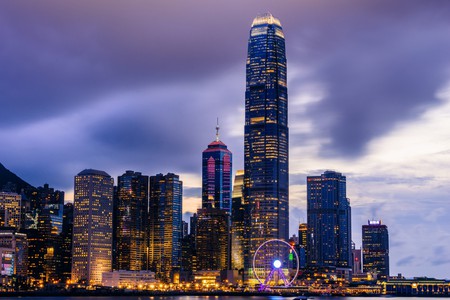 Arguably the Quentin Tarantino of Hong Kong’s cinema landscape, Wong Kar-Wai is a Chinese second wave writer and director and perhaps Hong Kong’s most revered and best known filmmaker. His work spans decades, and his unique and highly-stylised films have cemented Wong Kar-Wai as an auteur in his own right. He has earned such a title by crafting films of a consistently high standard, and the vast majority of his films are commercial and critical successes. Here are nine of Wong Kar-Wai’s greatest films that all deserve your time.

Without a doubt Wong Kar-Wai’s crowning glory, In The Mood For Love gained worldwide acclaim upon its release. The film follows two married people with absent spouses living next door to each other in an apartment block. As the loneliness and monotony of their daily lives becomes too much, the man and woman begin an extramarital affair. But this isn’t any old extramarital affair. The dialogue is sparse, and the film plays with our concept of time by jumping around the adulterous journey of the two main characters.

If it’s one thing Wong Kar-Wai knows how to do well, it is splitting a movie into two narratives and telling each story just as well as the other. Chungking Express simultaneously follows the life of a lonely policeman who is unlucky in love, and another policeman who starts to get over an old relationship with a flight attendant by beginning a new one with a café worker. Wong Kar-Wai often uses the dense and overpopulated city of Hong Kong as a paradoxical backdrop to narratives where the majority of the characters are isolated and lonely.

Days of Being Wild was Wong-Kar Wai’s second film and would be the first instalment of a spiritual or informal sequel with two of his later films. The film is set in Hong Kong and the Philippines during the 1960s. The film is about an adopted young man named York, who is a self-confessed playboy, and the women he meets in his life. The women he seduces go on to suffer breakdowns and depression as a result of his treatment, but the one woman York wishes to connect with most, his biological mother, will be the source of his own misery until he can discover her.

2046 is the third instalment in a spiritual sequel to Days of Being Wild and In The Mood For Love. It follows the aftermath of the In The Mood For Love’s couple’s extramarital affair as well as including numerous Sci-Fi elements. Four narratives are weaved together in the film, with some taking place in the near future and some harking back to the 1960’s setting of In The Mood for Love. There are many more characters in 2046 and the film draws heavily on events in the first two films. The film is a portmanteau and does require concentration if you are to understand the film’s logic.

Wong Kar-Wai won best director at Cannes Film Festival for Happy Together. The title is taken from the song by band The Turtles and, like many of Wong Kar-Wai’s stories, centres around one couple. The couple are quite volatile and self-destructive as they continuously break up and get back together, all the while dreaming of visiting Argentina’s Iguazu Falls together. Many of Wong-Kar Wai’s films feature a leitmotif that serves as a reminder or longing for something that isn’t there. For example, in Chungking Express, the café worker constantly listens to California Dreamin’ by The Mamas and The Papas as she dreams of not only going to California but living a life filled with travel.

Wong Kar-Wai writes and directs the majority of his films and, whilst Ashes of Time was no exception, he did very loosely base four of his characters on the novel The Legend of Condor Heroes by Jin Yong. The film is set in Ancient China starring long-time collaborator Leslie Cheung representing the ‘Venomous West’ and Tony Leung Ka-fai as the ‘Malicious East’. Cheung’s character is driven by greed and power and employs Bounty Hunters. His past has left him bitter and spiteful and the storyline and ancient settings are similar to that of British medieval tales of knights and kings fighting to claim glory. The film wasn’t widely released and therefore not a box office success, but many critics believe Ashes of Time to be Wong Kar-Wai’s most underrated works.

As Wong Kar-Wai’s first film, the central themes are somewhat different to the isolation and longing for love that dominates the vast majority of his later films. Many critics strongly compared As Tears Go By to Martin Scorsese’s Mean Streets (1973) and even Wong Kar-Wai admitted some truth to that. However, for his first film, Wong Kar-Wai was mainly influenced by a small-time gangster he knew in his younger years and the protective, tight-knit gang culture that existed in Hong Kong.

Like Days of Being Wild, In The Mood For Love and 2046 were informally connected, Fallen Angels is seen as being a spiritual sequel to Chungking Express. One of the characters even lives in a place called Chungking Mansions and works at the Midnight Express food stall. As is common with Wong Kar-Wai narratives, the film has two narratives that only slightly cross over but are still set in Hong Kong and centre on troubled, co-dependent relationships and extramarital affairs.

Wong Kar-Wai’s latest masterpiece was based on a real Grandmaster Yip Man, whose most famous student was Bruce Lee. The story begins in the 1930s when Yip Man was already trained in Martial Arts, follows his move to Hong Kong and the events leading up to his death. The themes of this film are in contrast to many of the narratives Wong Kar-Wai had worked on before. The film was selected to be Hong Kong’s entry into the Best Foreign Film category at the Oscars but failed to get a nomination. However, The Grandmaster was nominated for Best Cinematography and Best Costume Design.