The Best Film Locations Featured in the Marvel Cinematic Universe 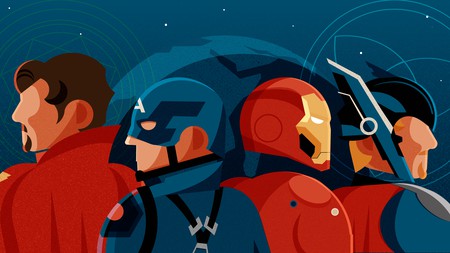 Now with 22 films in the franchise, the Marvel Cinematic Universe is expanding at a rapid rate. From the mountains of Nepal to the streets of Edinburgh, via a favela in Rio, Culture Trip takes a look at the filming locations that every superhero-movie fan should visit.

The Marvel Cinematic Universe (MCU) began in 2008 with Iron Man, and the latest instalment, Avengers: Endgame (2019), brings the total number of films in the franchise to 22. The locations featured in these comic-book adaptations are usually fantastical or intergalactic in nature, but they still retain a sense of grounded reality. These are the film locations that all Marvel superfans should add to their travel wishlist. 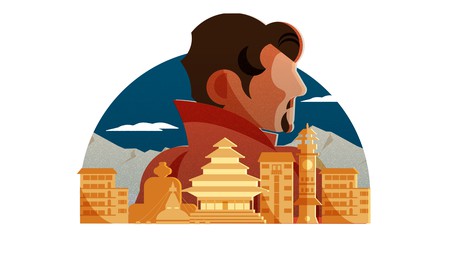 Doctor Strange (2016) saw Sherlock star Benedict Cumberbatch make his debut in the MCU as a master sorcerer with mystical powers on a globe-trotting adventure. When Culture Trip spoke to Cumberbatch and his co-star Benedict Wong about the movie, they revealed more about their time on location in Nepal.

In early scenes of The Incredible Hulk (2008), Bruce Banner (Edward Norton) tries to live a normal life by hiding away in Brazil. Banner’s day job is at a bottling factory in the bustling favela of Rocinha, but he is soon tracked down by government officials.

Captain America: The First Avenger (2011) is about as all-American as you can get… except when it came to recreating parts of the Lower East Side in Manhattan for some crucial early scenes. The unlikely filming location for these was Liverpool, where sections of Stanley Dock and Albert Dock doubled for World War II-era New York. Production on the Chris Evans movie also took place in Manchester and Wales. 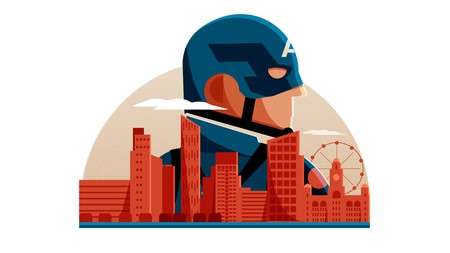 The Big Apple has featured in some big scenes in the Marvel Universe. Park Avenue and Central Park make an appearance in The Avengers (2012), though many of the street scenes were actually shot in Cleveland, Ohio. NYC also features in The Incredible Hulk and is the title character’s home town in Spider-Man: Homecoming (2017) – there’s also a memorable scene on board the Staten Island Ferry.

Iron Man 3 (2013) was co-produced by DMG Entertainment in China, so it’s perhaps unsurprising Beijing was used as a location. Marvel films have scored major success in China, and links between the franchise and the country have been strengthened by the announcement that Shang-Chi, a film about a Chinese kung-fu master, will go into production as part of Phase 4 of the MCU.

London has appeared in several Marvel films, with the landmarks that dominate the skyline serving as the perfect scene-setters. Doctor Strange visited Embankment when learning how to use his powers, yet it was Thor: The Dark World (2013) that featured the British capital most extensively: Borough Market and the Old Royal Naval College in Greenwich star alongside Chris Hemsworth and Natalie Portman.

South Korea actually has a strong connection to the MCU. The country’s second city, Busan, was seen most recently in Black Panther (2018). Prior to that, the capital, Seoul, provided the setting for a spectacular chase sequence in Avengers: Age of Ultron (2015): a mechanised Ultron attempts to escape as Captain America and the rest of the heroes give chase by foot, air, road and rail.

A purpose-built studio in Atlanta has meant almost all Marvel film productions have moved to Georgia in recent years. In fact, the Southern state has now overtaken Hollywood in terms of the quantity of movies being made there; however, that didn’t stop Paul Rudd and co. heading off to San Francisco for Ant-Man (2015) and its sequel, Ant-Man and the Wasp (2018). 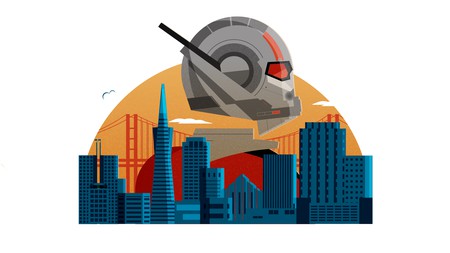 A tiny airport in Germany, Leipzig/Halle has appeared in a number of Hollywood movies. As well as hosting a terrific face-off in Captain America: Civil War (2015), the airport was also in the terrifying Flightplan (2005), starring Jodie Foster, and Unknown (2011), with Liam Neeson.

Asgard is the home of Thor and the other Norse gods according to the MCU, which takes its cue from Norse mythology. For the third film in the series, Thor: Ragnarok (2017), director Taika Waititi recreated Asgard and other out-of-this-world locations in Australia.

Wakanda, the fictional African home of Black Panther, is actually a series of stages in Atlanta. The spectacular Iguaza Falls between Argentina and Brazil were the inspiration for Warrior Falls, which feature prominently in the movie. The location has also been used in other films such as A Fantastic Woman (2017) and Indiana Jones and the Kingdom of the Crystal Skull (2008).

Avengers: Infinity War (2018) is one of the most expensive films ever made. The action is spectacular as the Avengers face their greatest threat yet: the mighty Thanos. The plot takes viewers across the universe, but one location that stands out is Edinburgh, where Vision (Paul Bettany) and Scarlet Witch (Elizabeth Olsen) think they can hide from Thanos. No one can hide from Thanos…