The Best Hotels to Book Near the Imperial War Museum, London 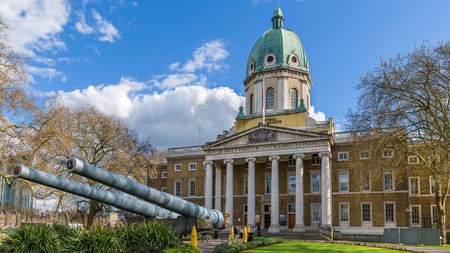 London is one of the world’s best destinations for museum-lovers, and the Imperial War Museum shouldn’t be missed. Founded during World War I, it’s dedicated to preserving history, and telling the stories of those who have fought in conflicts across the globe. This free-to-enter museum is as moving as it is informative – and there’s plenty of excellent accommodation options in the surrounding Waterloo area to make your trip easy. Here are the best hotels near the Imperial War Museum, bookable on Culture Trip. 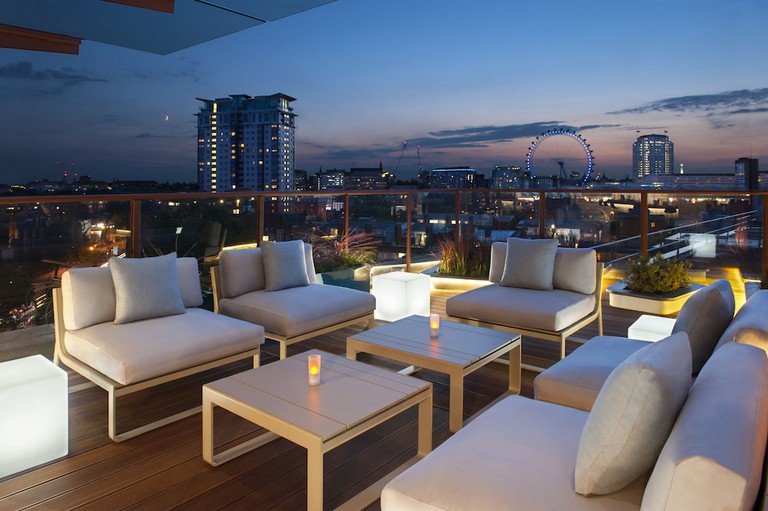 H10 London Waterloo is one of the most stylish additions to the Waterloo hotel scene. The hotel is located within a new, modern and architecturally asymmetric building that’s just a short walk away from the Imperial War Museum. The luxury rooms are designed with smooth, laminate flooring, minimalist decor and floor-to-ceiling windows that offer expansive views over Waterloo. If the view from the room isn’t quite cutting it, though, head to the Waterloo Sky Bar – where you can enjoy cocktails and Spanish tapas on the eighth-floor terrace. 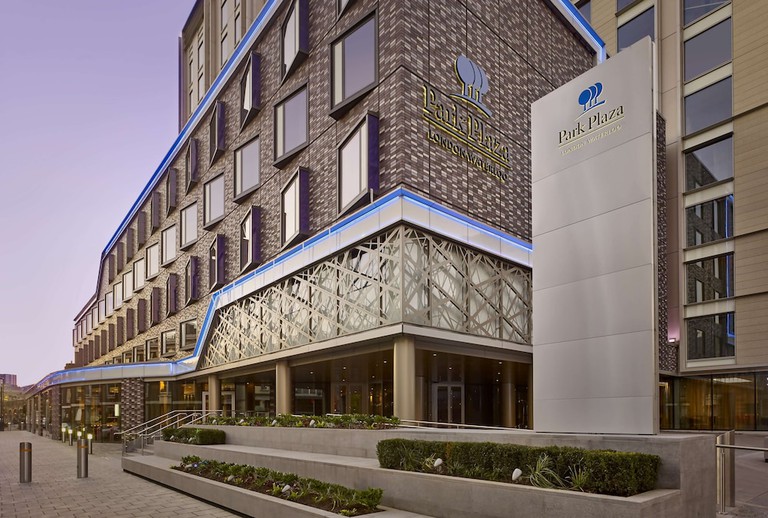 Park Plaza London Waterloo is conveniently located next to Waterloo Station, but this high-end hotel is more than just a stopover. Superior rooms at the Park Plaza London Waterloo are sleek, bathrooms are filled with ELEMIS spa products, and if you upgrade to a one-bedroom suite you’ll have a private terrace and a spacious lounge area. There’s a spa, swimming pool and gym, but best of all is the Florentine Restaurant & Bar – which serves up a mammoth Ostrich Egg breakfast and a 2kg Truffle Burger for dinner. To top it off, on the fourth floor of the hotel there’s a colony of bees producing honey for the kitchens. 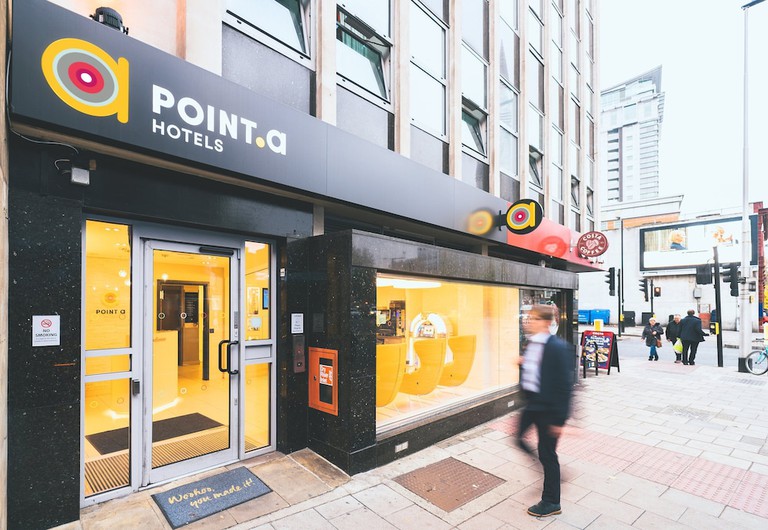 The Point A Hotel London Westminster is one for the savvy budget traveller, because it’s hard to find such excellent value so close to the Imperial War Museum. Rooms here are definitely compact, but given the low price it’s hard to argue when the Hypnos beds are super-comfy and the room is kitted out with a smart television and power shower. The Point A Hotel London Westminster is minimalism at its finest. 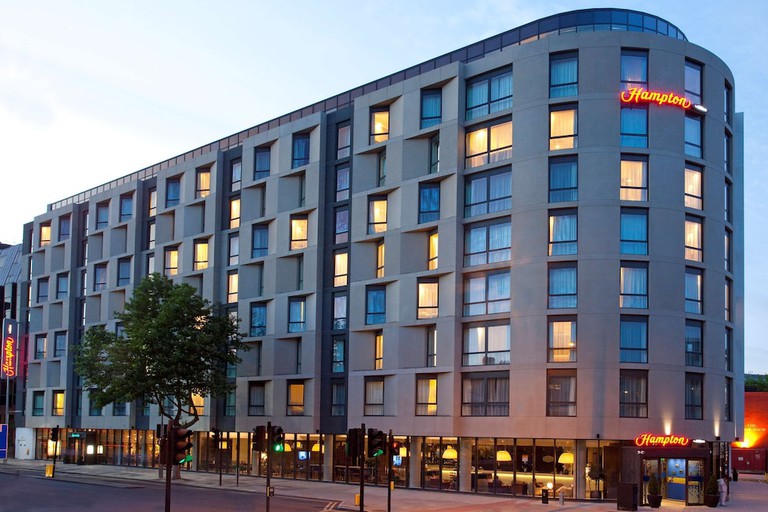 With four private meeting rooms, a fitness suite and plenty of dedicated work spots in the lobby – and in the bar – the Hampton by Hilton London Waterloo is a great value choice for business travellers. Rooms offer comfortable beds, work areas and views over Waterloo. To sweeten the deal, all room rates include a complimentary free breakfast, setting you up perfectly for a day of client meetings, or for a day of museum hopping on your day off. 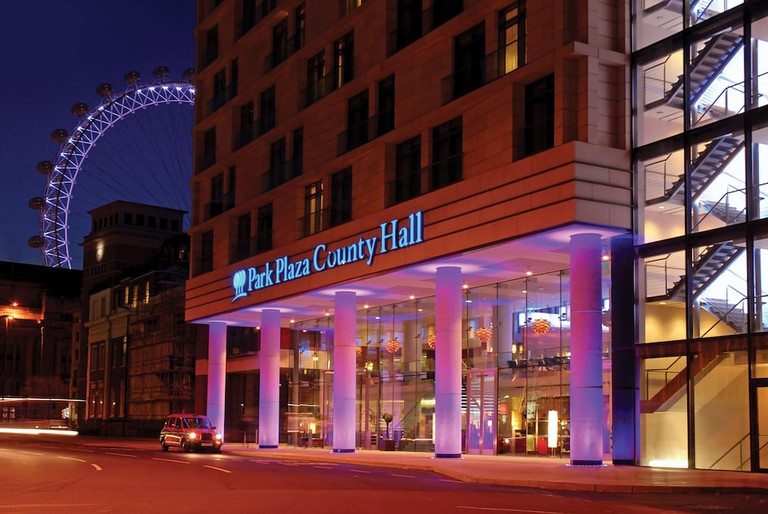 Take the kids on a luxury weekend break in London with a stay at the family-friendly Park Plaza County Hall London. Offering spacious studio rooms with kitchenettes and living areas, as well as larger, even more spacious junior suites, the hotel is not only a short stroll from the Imperial War Museum, but it also looks out over the London Eye, the London Dungeons, the Sea Life Aquarium and other great family attractions. The Atrio restaurant serves up fresh pizza and pasta, or you can really spoil the kids by letting them order room service.

The Park Plaza Westminster Bridge is one for the foodies, as this four-star luxury hotel features four different restaurants and bars. Start your day with a freshly brewed coffee at the illy Caffe, then when you return from the Imperial War Museum, enjoy a drink on your private terrace overlooking the Thames – if you booked out a suite – or head to the hotel’s public terrace for equally panoramic views. In the evening, you can choose to dine on Japanese-inspired food at the Ichi Sushi and Sashimi Bar, or opt for onion soup and ratatouille at the French-inspired Brasserie Joel. 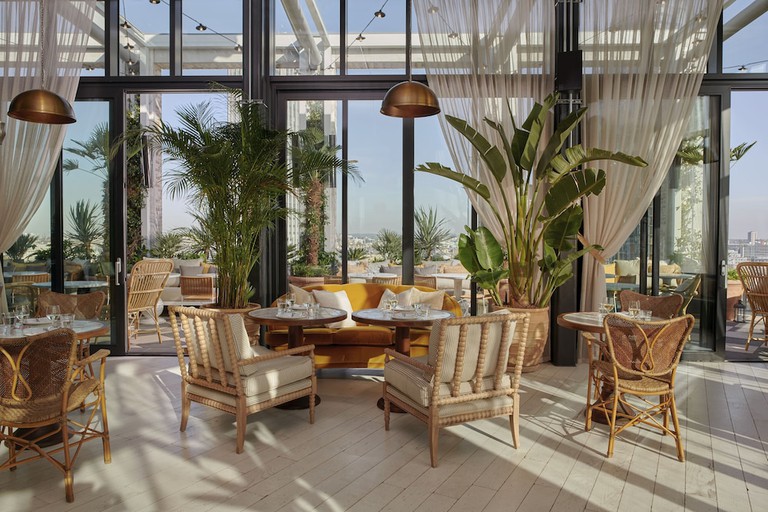 The Hoxton Southwark is an inspired hotel that pays homage to London’s industrial past through its unique design. Rooms here are unconventionally elegant, with marble surfaces curiously contrasting against urban brick walls and concrete ceilings. The four-star property features an equally elegant rooftop restaurant, too. The Seabird offers fresh oysters, tuna ceviche, native lobster, spider crab, octopus rolls and manchego cheese cake – all served with a sea bird’s view of the city. 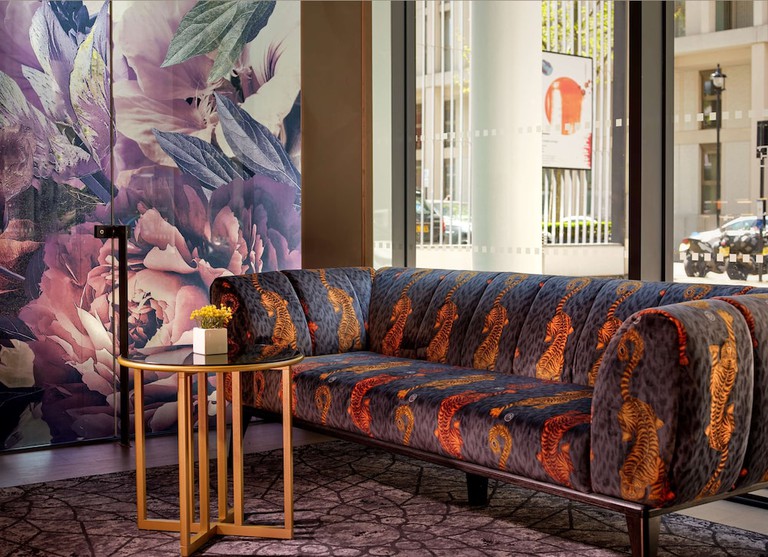 Westminster London, Curio Collection by Hilton is home to two of the most intriguing hotel-restaurants in Westminster. Rooms here are more than comfortable, with large beds, 4K TVs and large, airy windows. The highlight, though, is the choice between dining at Bao Yum or STK Steakhouse. Bao Yum serves up a breakfast, lunch or dinner of quirky bao buns – including takes such as the sweet custard bao and cheeseburger bao. STK Steakhouse offers a “Vibe Dining experience”, where steaks are topped with king crab and red wine sauce, and oysters and shrimp are served raw to start. 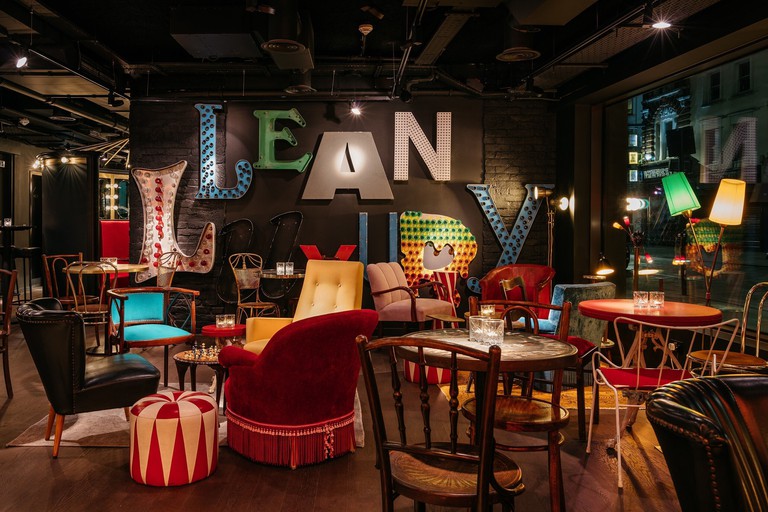 The Ruby Lucy is one of the most innovative new hotels in Southbank. Designed with music in mind, the hotel has its very own Ruby Radio Station – and if you’re missing your instruments, you can hire out an electric guitar for a jam session. Everything at the Ruby Lucy is streamlined, but stylish. There’s a 60-second self check-in process, and rooms are equipped for three things – sleeping, showering and staying connected. The hotel is dark, but bright, while the 24/7 bar features live music acts and colourful, carnival like furnishings. 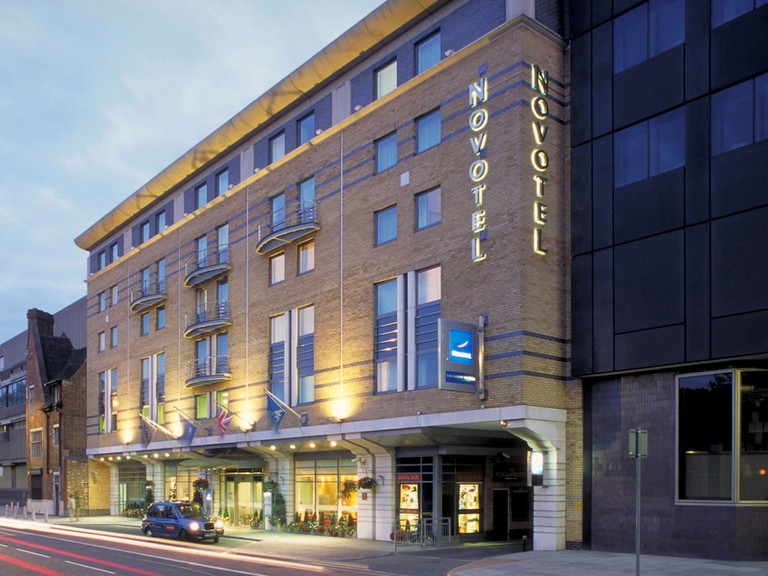 Book a stay at the Novotel London Waterloo and you’ll be just a few steps away from the River Thames. Head the other way, and you’re 10 minutes’ stroll from the Imperial War Museum. Rooms at the Novotel London Waterloo not only have exceptionally large beds and super-soft mattresses, but they’re topped off with equally comfortable sofas that can be turned into a sneaky extra bed, too. Enjoy the sauna, work out at the hotel’s gym or totally relax with a glass of wine at the Novotel’s well-stocked bar.

Looking for more inspiration? We’ve also narrowed down the best cheap hotels and the best luxury hotels in London so you can confidently find and book the perfect stay on Culture Trip. There’s plenty to keep you busy, too – try these quirky and unusual things to do in London, enjoy this delicious food and drink tour and find peace on this relaxing, chilled-out tour of London.