The Best Hotels to Book Near the British Museum 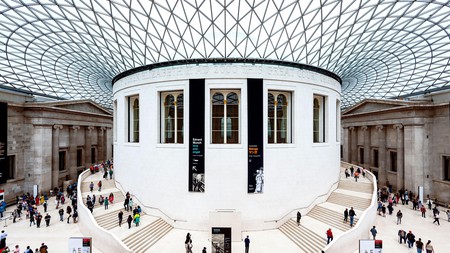 Dating back to 1753, there are few other museums that contain such a wealth of artefacts and heritage as the British Museum in England. Free to enter, the British Museum was the world’s first ever public museum – and it continues to draw in the history-loving crowds centuries later. From Ancient Greece to the modern era, there’s so much to see that you’ll want to book your London hotel as close to the British Museum as possible to maximise your time inside – these are our picks, all bookable with Culture Trip.

The Montague on the Gardens 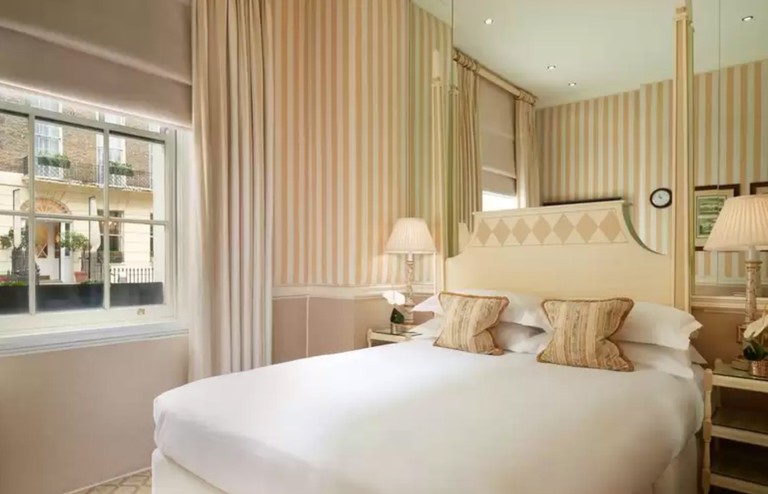 © The Montague on the Gardens / Hotels.com

Surround yourself with vintage decadence when you book a stay at the Montague on the Gardens in a glorious Georgian townhouse. Plump for the three-bedroom Bloomsbury Set apartment, home to antique furnishings – and which comes complete with a private butler. The garishly themed Leopard Bar serves up British tipples with a side of jazz music, while Executive Chef Martin Halls prepares British classics seasoned with fresh herbs from the Montague’s gardens. 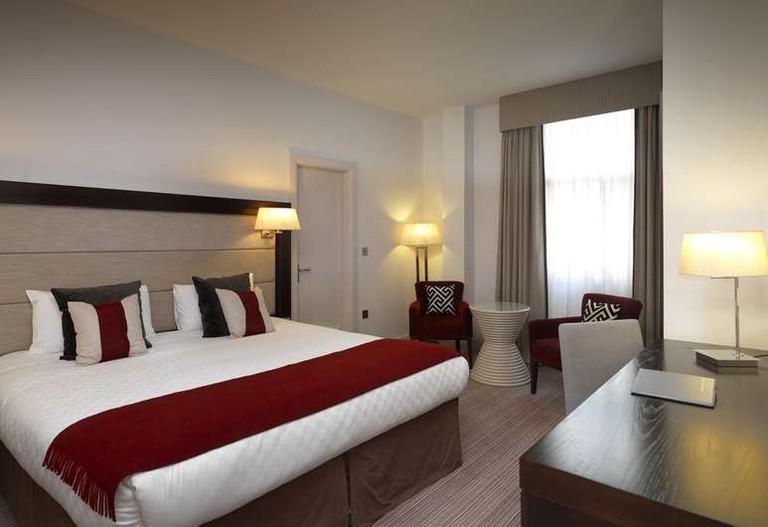 Step inside the four-star, boutique Thistle Holborn and you’ll be welcomed by vibrant purple staircases and marbled check-in desks. It’s a sleek and refined look, and your colourful experience continues as you’re shown to your modern, yet minimalist, room. The Thistle Holborn has compact – or cosy – rooms for solo travellers, or you can upgrade to the junior suite with its living room and king-sized bed. The Kingsley Two Brasserie serves up smashed avo on sourdough toast for breakfast, and pan-fried sea bass and tikka masala for dinner. 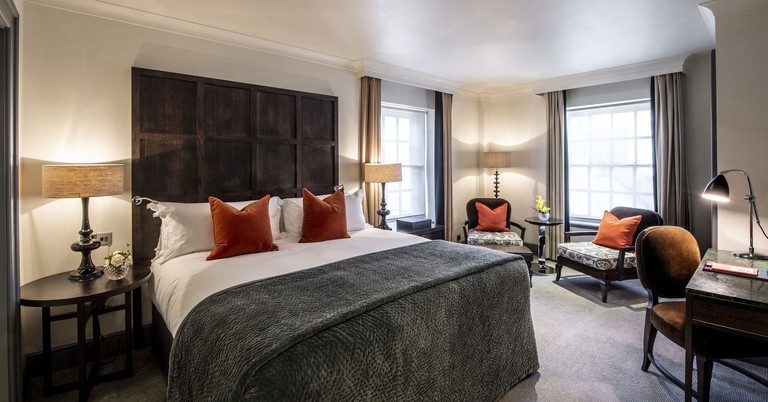 Courtesy of The Bloomsbury Hotel

The five-star Bloomsbury Hotel offers classic British refinery in a central London location, just a four-minute walk along Great Russell Street to the British Museum. Rooms at the Bloomsbury Hotel feature bold wooden surfaces and contrasting light and dark furnishings, all within a historic building designed by Edward Lutyens. Enjoy a full English breakfast or a lighter Eggs Benedict in the year-round, outdoor Dalloway Terrace restaurant. In the evening, retreat to the Coral Room, for jazzy vibes and espresso martinis. 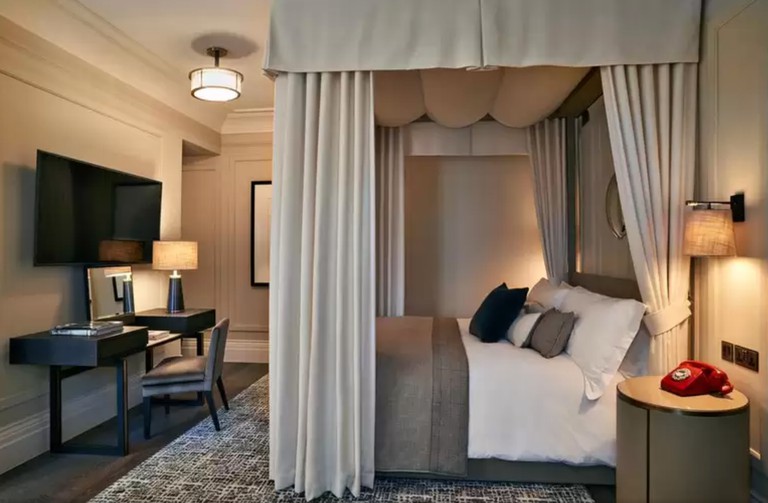 The Kimpton Fitzroy overlooks Russell Square in central London, and it couldn’t be a better placed luxury hotel for visitors to the British Museum. The Grade II-listed building dates to 1898, and the lobby features a startling and original zodiac mosaic, dangling chandeliers and glorious marble columns. Luxury, five-star rooms are just as delightful and tastefully modern. Burr & Co serves up bistro-style salads alongside fine wines, while the mixologists at Fitz’s – the hotel’s salon style lounge bar – prepare negronis late into the night. 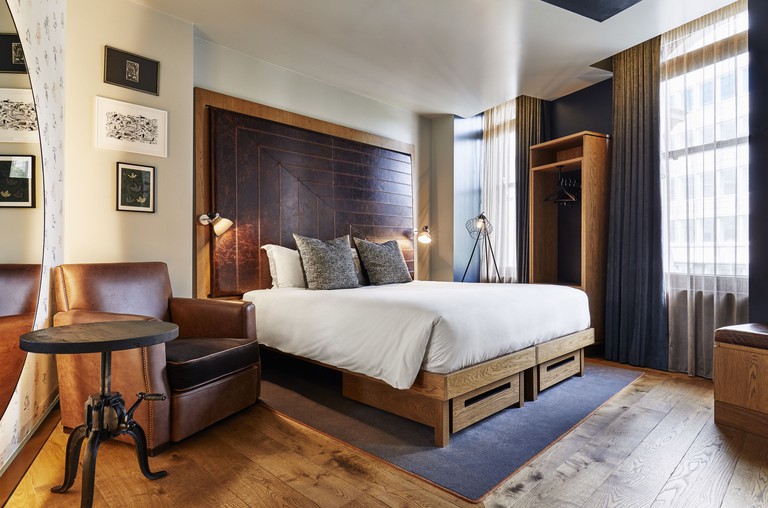 Courtesy of The Hoxton Holborn

Decorated with vintage furnishings and industrial-chic designs, the Hoxton Holborn is just about as hipster a hotel as you can find in London. Located within a Grade II-listed, former telephone exchange building, the Hoxton Holborn draws readily from its industrial past – but happily adds modern touches to brighten and lighten the rooms. This boutique hotel has plenty of space for co-working and working coffee breaks, while the Ronda restaurant serves up seasonal salads and roasted meats with freshly sourced ingredients. 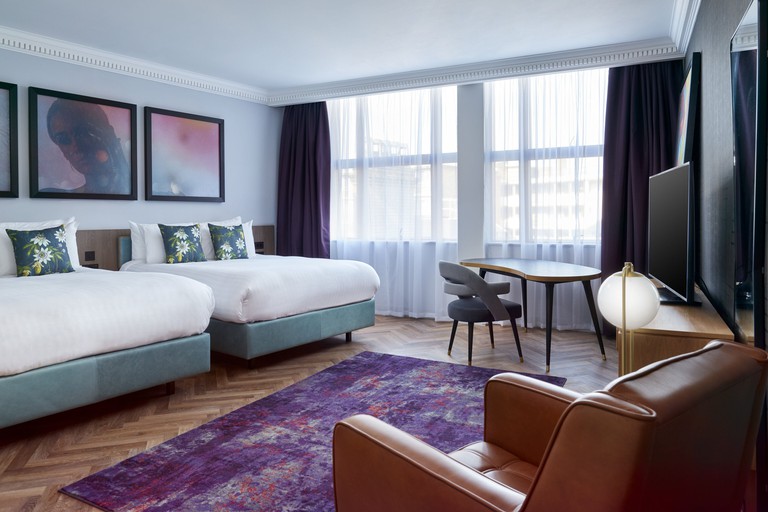 Video game fans will love the retro arcade games placed in the lobby of NYX Hotel London Holborn: you can play Pacman while waiting to check into this uniquely luxurious hotel. Rooms are more than stylish – contemporary art and modern-graffiti line the walls of the hotel, while an ever-changing playlist from the resident DJ station lightens or suits the mood. Enjoy gin and tonics, burgers and salads at the NYX Hotel’s electrifying restaurant – and stay late if you’re looking for the party. 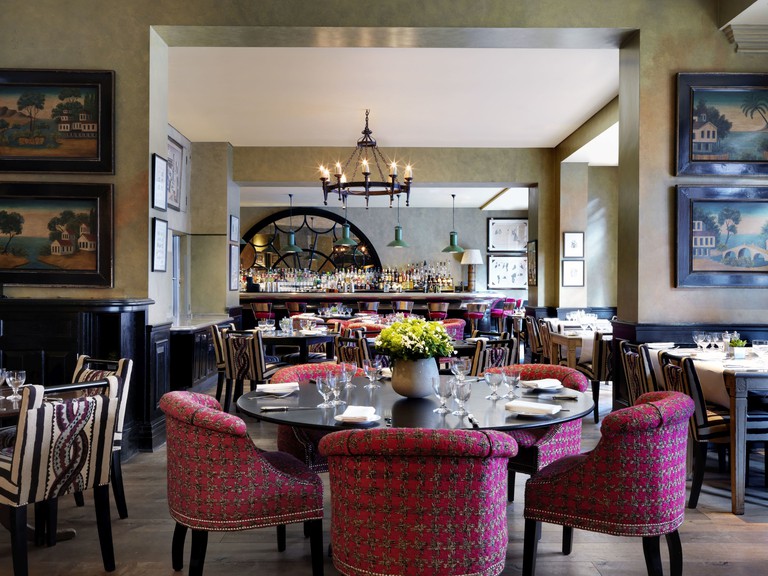 Personally designed by Firmdale Hotels founder and interior designer Kit Kemp, the Covent Garden Hotel exudes Victorian elegance and British tradition. Enjoy a Mary Poppins-inspired afternoon tea after visiting the British Museum, or order a Mango Martini or Silly Mid Wicket cocktail before heading off to the theatre. There are only 58 rooms at the Covent Garden Hotel, each decorated in the English style that Kit Kemp has spent decades curating. 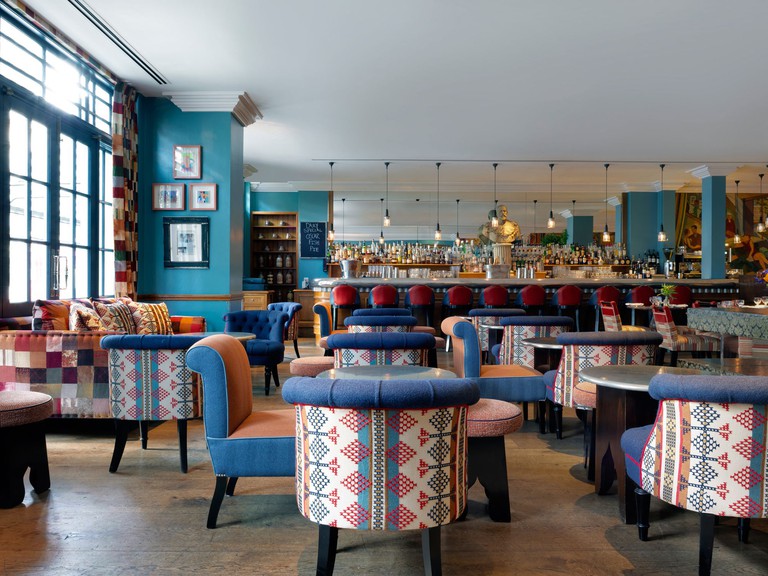 Literary travellers will want to check into the Charlotte Street Hotel. This five-star hotel was inspired by, and dedicated to, the Bloomsbury Group of writers – the intellectuals who stirred up the literary world in the early 20th century. Each room is colourfully designed and, of course, features a dedicated writing desk. The Virginia Woolf Suite takes this literary feel to the next level with the addition of a personal library, while at the Oscar Bar & Restaurant you can turn pages while enjoying yellowfin tuna and 21-day, dry-aged ribeye steaks. 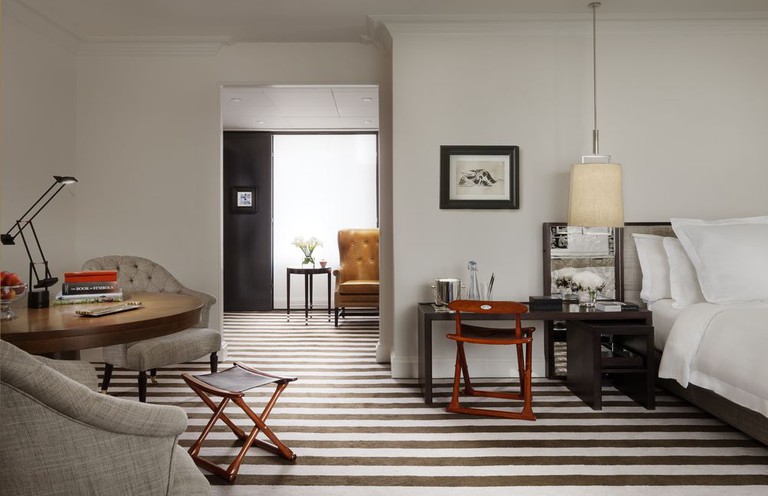 Arrive at the Rosewood London after a chauffeur-driven pick-up in one of the hotel’s very own Jaguar Saloons or Range Rovers. Stand in awe of the hotel’s exterior, before checking into a bespoke room, suite or apartment. The hotel’s 10 Signature Suites are some of the biggest in London – the largest has its own postcode – and they come with a fully personalised butler service as standard. There are four restaurants and bars, including the savory delights of the Pie Room – as well as a fitness suite, Sense Spa and dedicated Face Place treatment centre.

For more options in this area of London, discover our guide to the best hotels to book in Hoborn. Looking for more inspiration? We’ve also narrowed down the best cheap hotels and the best luxury hotels in London so you can confidently find and book the perfect stay on Culture Trip. There’s plenty to keep you busy, too – try these quirky and unusual things to do in London, enjoy this delicious food and drink tour and find peace on this relaxing, chilled-out tour of London.