The Best Hotels to Book Near Tate Modern, London 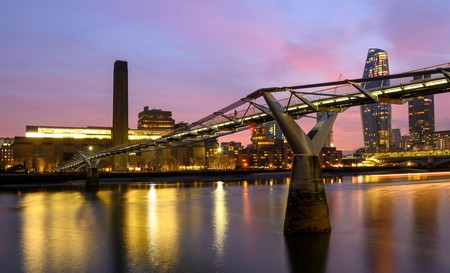 The Tate Modern is the most visited museum in the UK, home to zany Pop art and conceptual installations. While you may come for the art, you’re just as likely to stay for the street food on London’s South Bank. Here’s our pick of the top hotels nearby – bookable on Culture Trip.

The Tate Modern is a London institution that has been showcasing the country’s best collections of modern and contemporary art since 2000. On the south banks of the Thames, near the Millennium Bridge, it also has some high-profile cultural neighbours, including Shakespeare’s Globe and the National Theatre. To immerse yourself in the thick of it all, make a reservation at one of these top London hotels. 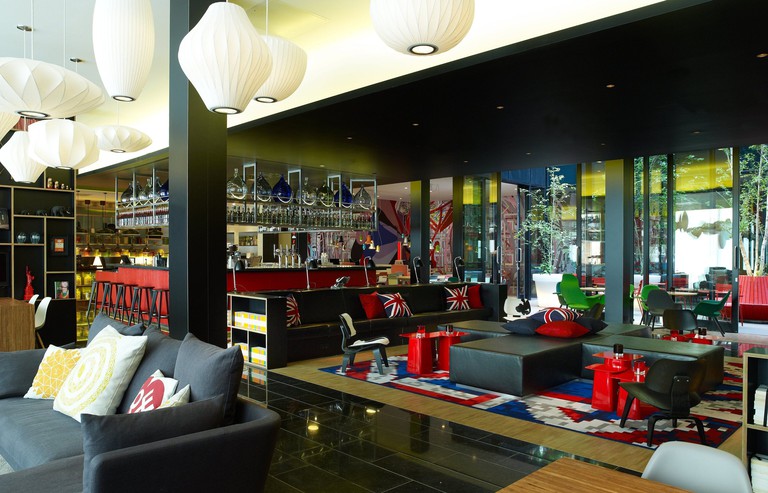 Courtesy of citizenM London Bankside Hotel / Expedia
Sandwiched between the Tate Modern and Borough Market, this hotel on Lavington Street is just a six-minute walk from the museum. It offers plenty of value and no shortage of style. Those who struggle with indecision needn’t worry – its 192 rooms are all uniform, each with an extra-large king bed, blackout blinds, a widescreen TV and mood lighting. Download the hotel app to control the room settings – including the TV channels – from your phone. 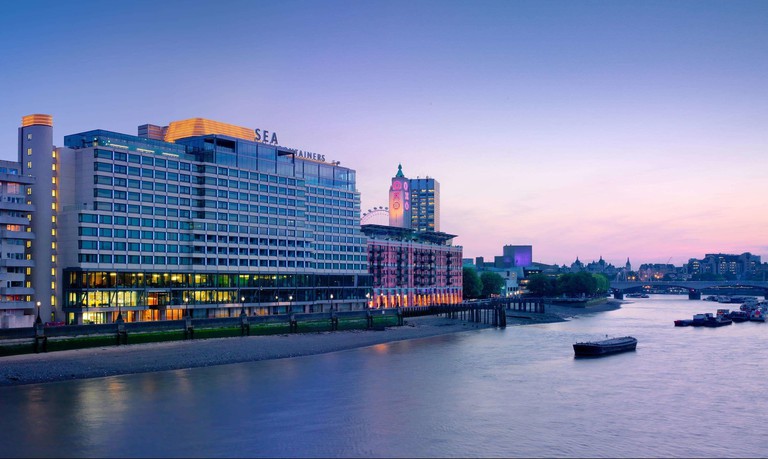 When renowned American architect Warren Platner originally designed the striking Sea Containers House in 1974, the aim was to create a luxury hotel based on the look of a 1920s cruise liner. Instead, a struggling economy saw it open as office space. Thankfully, since 2019, the building has been allowed to fulfil its original purpose. Its elegant rooms, 56-seater cinema, riverfront restaurant and herbalist spa more than live up to Platner’s original vision. 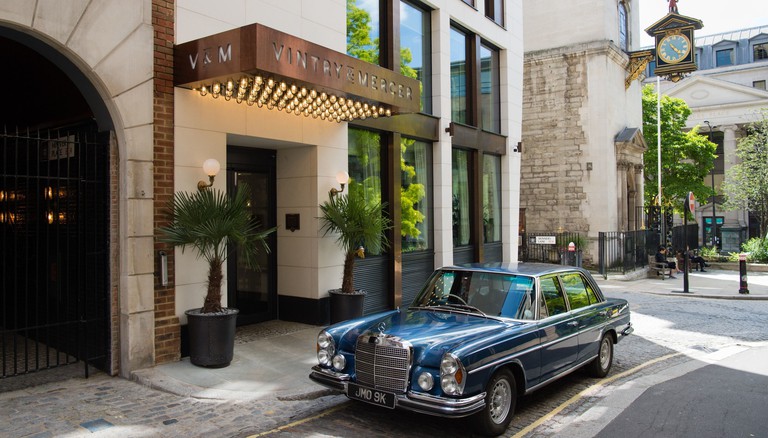 Courtesy of Vintry and Mercer / Expedia

You’re close enough to St Paul’s Cathedral here that a keen ear will pick up the bells ringing during the day. Once a centre for textile and wine merchants, this area is now home to the Vintry and Mercer. Inside the 92 classy rooms and suites, expect velvet headboards, walk-in showers and CO Bigelow Apothecaries toiletries. The roof terrace is the perfect spot for a Brockmans G&T overlooking the London skyline. You’re a 15-minute walk from the Tate Modern via the Millennium Bridge. 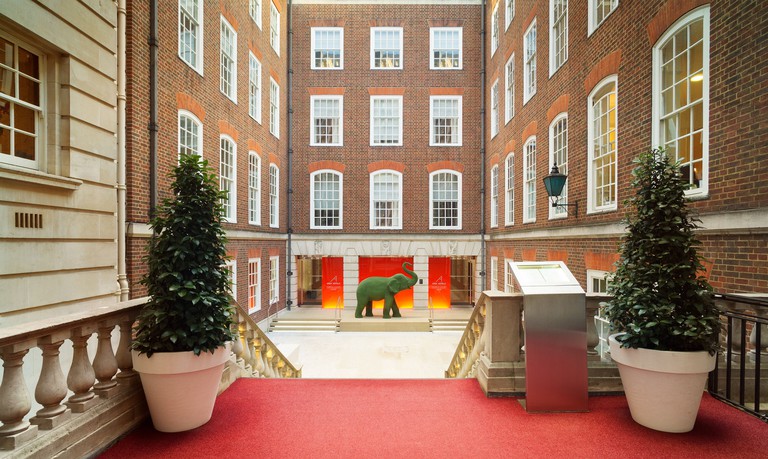 Go for a drink in the Apex Temple Court Hotel’s wine bar. The veined marble walls, domed ceilings and arched windows will make you feel as though you’ve walked into a Roman temple. The bar’s name – the Amicable Society of Lazy Ballerinas – is just as quirky as the backlit elephant statue at the hotel entrance. Here, each room has a unique character. The Temple Suite, with its stand-alone bathtub, floodlit dining table and honeycomb lampshades, is a prime example. 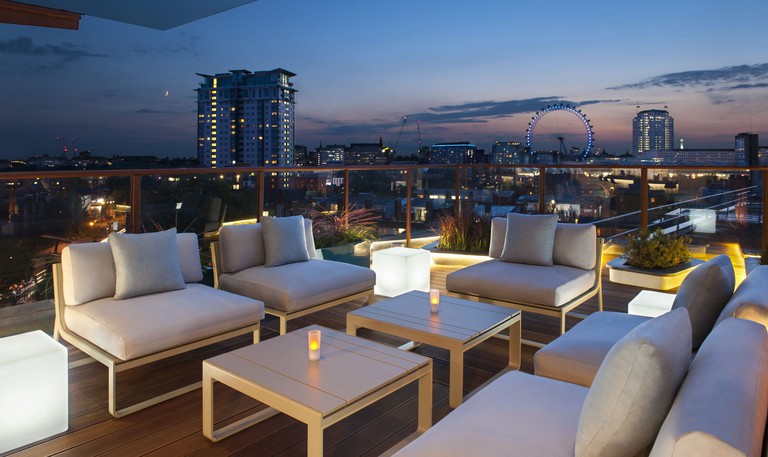 If you’re fortunate to find yourself staying here on a day when London’s skies are feeling kind, head straight to the eighth-floor terrace for unbroken views of the most iconic sights in the capital. With a choice of tapas to accompany the cocktail menu, the Waterloo Sky Bar is one of three eateries at this stylish hotel. Light-filled rooms are simple in design and affordable, given their prime location. 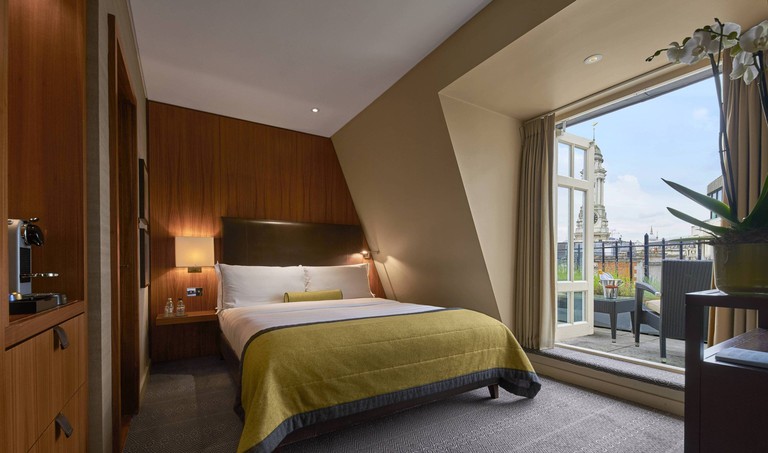 Once a Victorian bank, this historic building exudes grandeur in every room, from the majestic lounge area under a stained-glass dome to the mahogany doors and marble fireplaces in the executive rooms. Wheeler’s, the on-site restaurant at Threadneedles, is one of the oldest seafood restaurants in the world, dating back to 1856. Today’s menu is overseen by the imposing and brilliant Marco Pierre White and includes his signature grilled dover sole. 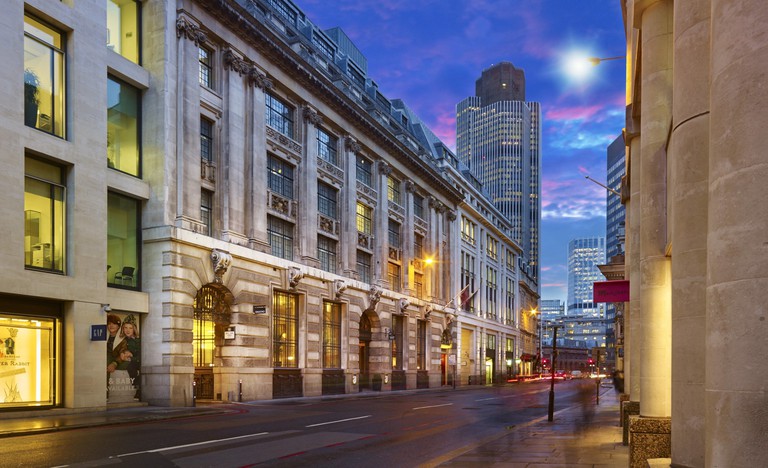 Digital nomads looking for an extended stay should book this Club Quarters Hotel. It offers studio apartments for those looking to stay more than 30 days, along with a collaborative working space with both Macs and PCs available to use. Work out in the on-site gym before settling down for a glass of red and a sirloin steak at the Gaucho City steakhouse downstairs. Breakfast is also served here. 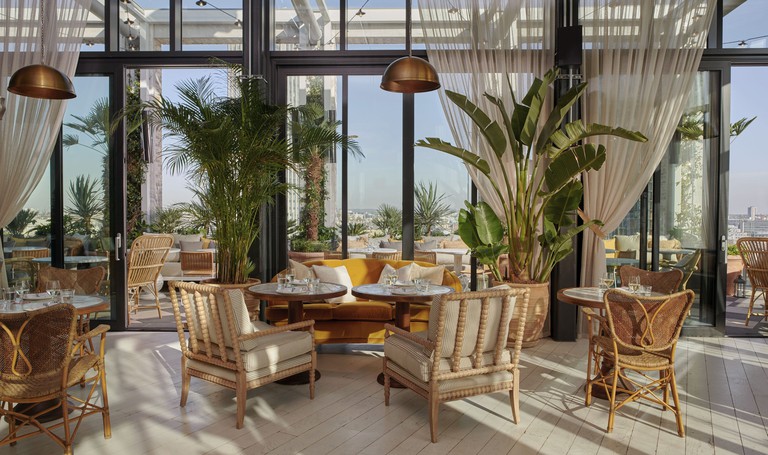 Courtesy of The Hoxton, Southwark / Expedia

This Hoxton hotel transports Shoreditch cool south of the river, a mere eight-minute walk to the Tate Modern. The towering plants and palms that line the bright bar and lounge infuse the place with an unexpected tropical air, and the outdoor terrace is a great spot for cocktails when the sun is shining. Shoebox, snug, cosy, roomy and biggy – the rooms here do what they say on the tin. 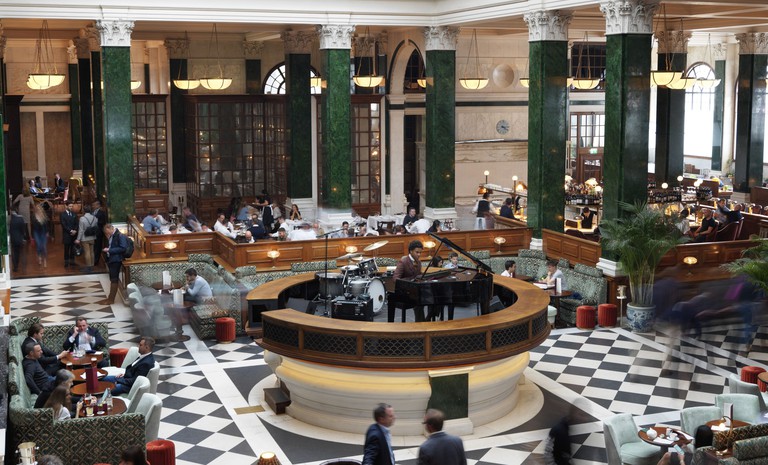 Courtesy of The Ned / Expedia

Designed by Sir Edwin “Ned” Lutyens in 1924, this Grade I-listed building captures the luxury and decadence of the Roaring Twenties. A hotel, a members’ club and a restaurant complex all in one, the Ned allows you to indulge in some old-school glamour combined with innovative pampering. Treatments at Ned’s Club Spa include a CBD facial and LED phototherapy, plus there’s a gentlemen’s barbershop offering cuts, facials, manicures and wet shaves.

Looking for more inspiration? We’ve also narrowed down the best cheap hotels and the best luxury hotels in London so that you can confidently find and book the perfect stay on Culture Trip. There’s plenty to keep you busy, too – from these quirky and unusual things to do in London and this delicious food and drink tour to a relaxing, chilled-out tour of London.