The Best Hotels to Book Near Buckingham Palace, London 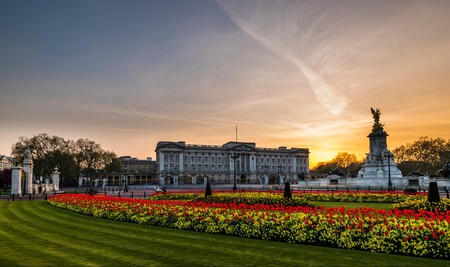 The Queen may have the most exclusive address in London, but that doesn’t mean you need to stay miles from her front door. Book a place to stay near Buckingham Palace and you’ll be close to many other London attractions, too. Westminster Abbey, 10 Downing Street and Trafalgar Square are all within walking distance, while the Tube stations of St James’s Park and Green Park can whisk you off to the rest of the capital. Here are the best places to stay near the royal residence, all bookable on Culture Trip. 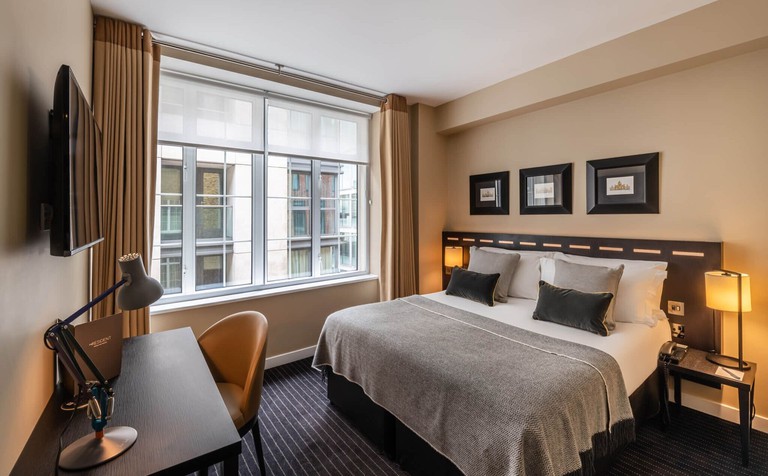 © The Resident Victoria / Expedia
If you’re hoping to catch the Changing of the Guards at Buckingham Palace, then the Resident Victoria is just next door. The Houses of Parliament, Big Ben and Westminster Abbey are also within walking distance and the rooms all have mini kitchens with fridges and microwaves, so it’s a great choice if you want to eat on the go. The staff are friendly and approachable too, so hit them up with all your questions about the capital. 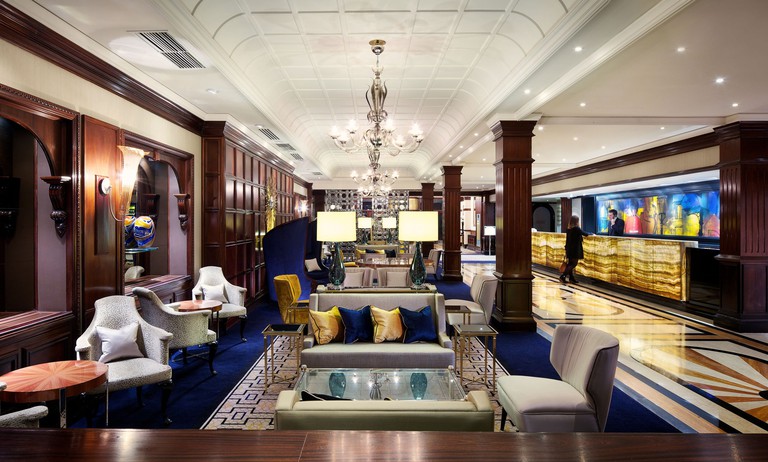 © St. James' Court London / Expedia
Ticking off the London sights can be exhausting, so make the most of the Java spa at St James’ Court, which has a vitality pool, steam room, sauna and treatments. Your tired tootsies will thank you for the blissful pada mardana foot massage. The hotel is set in St James’ Courtyard, which is home to exceptional restaurants – including the Michelin-starred Quilon. But you won’t need to leave your room to sample the delicious breakfast in bed menu at the hotel.

The Rubens at the Palace 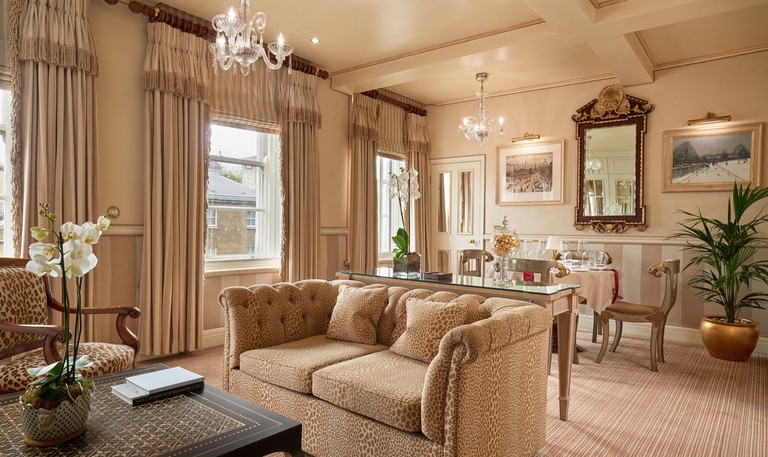 © The Rubens at the Palace / Expedia
If you’re looking for something quintessentially British, then the Rubens has you covered. Overlooking the Royal Mews of Buckingham Palace – the entrance used by the Royal Family – the hotel has everything from red-liveried doormen and pictures of kings and queen on the walls, to silk and velvet bed throws and delicious afternoon teas. Check out the living wall, home to more than 10,000 herbaceous plants. 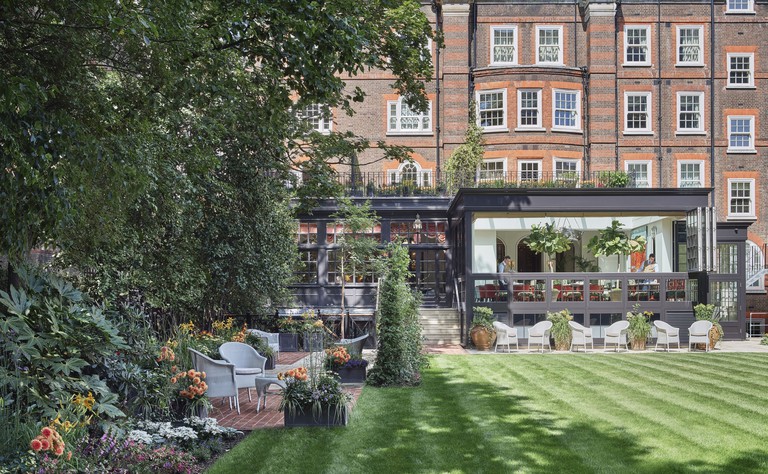 © The Goring Hotel / Expedia
The Goring has 69 rooms and suites, each decorated by some of Britain’s most renowned designers. Tuck into the perfectly crumbly scones, delicate finger sandwiches and tasty cakes that form the signature afternoon tea before heading to the cocktail bar for a negroni. The garden is bursting with English flowers, so you can enjoy a cuppa outside or admire the view from the veranda instead. 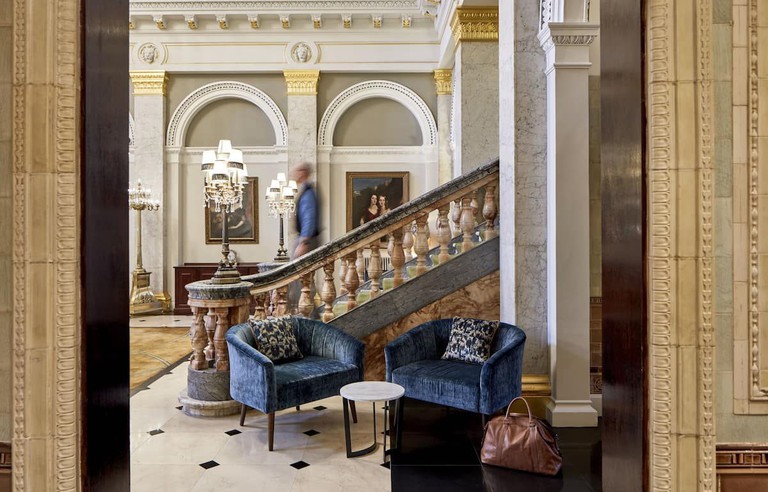 © The Clermont / Expedia
The historic Clermont Hotel is right next to Victoria station, so you can hop off your train and be enjoying a specialty craft beer in the bar within minutes. The rooms ooze contemporary chic, and some of the suites have a roll-top bath to help you unwind after a long day sightseeing. Hyde Park is within walking distance, so you can hire a pedalo on the Serpentine or just wander around the park as locals rollerblade past. 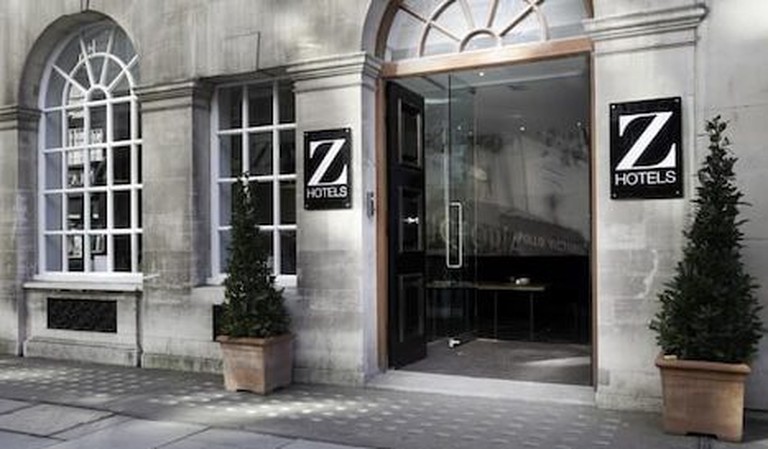 © The Z Hotel Victoria / Expedia
If it’s no-frills, affordable luxury you’re after, then the Z Hotel in Victoria will be right up your street. The rooms are compact but they all have top-quality linen, comfy handmade beds and hidden storage. It’s the perfect base from which to explore Buckingham Palace, Westminster Abbey and Hyde Park – and a great location if you want to catch a West End show. The free cheese and wine every evening is a bonus, too. 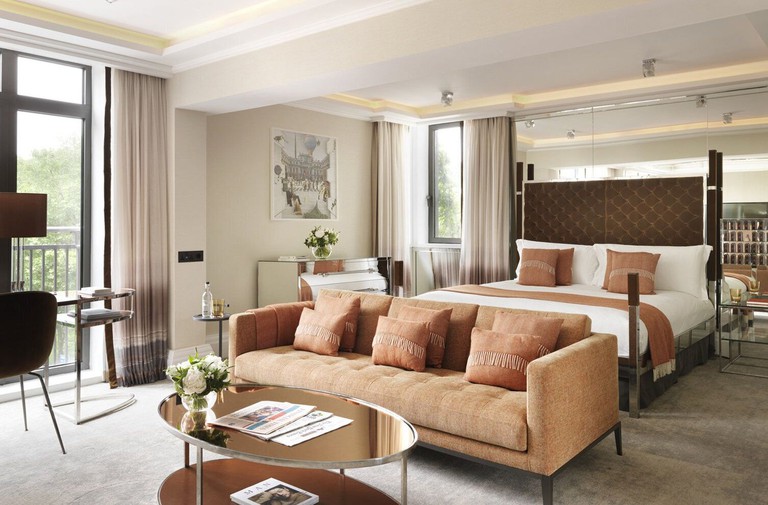 © The Athenaeum Hotel / Expedia
You can’t miss the Athenaeum Hotel thanks to its impressive living wall, a blanket of shrubs and flowers reaching up to the 10th floor. Situated in Mayfair, the hotel is directly opposite Green Park – the perfect escape from the madness of the city. There are numerous rooms and suites, or if you’d prefer a home from home you can pick one of their residences, which are traditional, fully equipped townhouses. 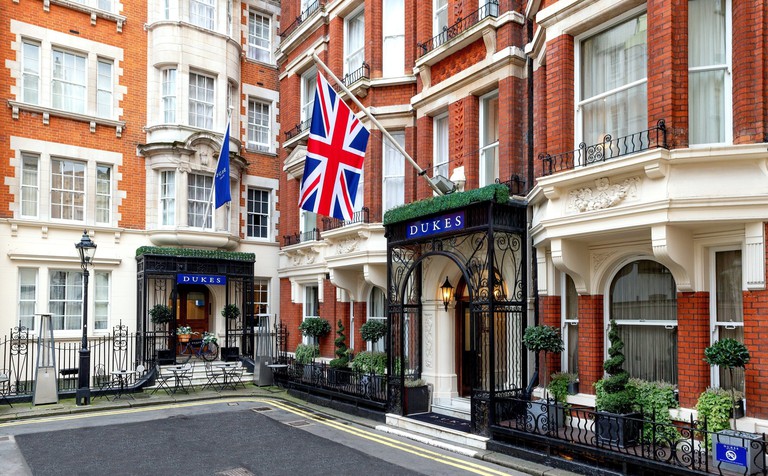 © Dukes London / Expedia
If you’re staying at Dukes make sure you bag one of their legendary picnic hampers, and enjoy treats such as barbecue chicken brochettes, pesto potatoes and Eton mess in the splendour of nearby St James’s Park. The hotel itself is classically stylish – you can unwind in the bar, sample British classics in the restaurant or simply chill in the cigar and cognac garden. 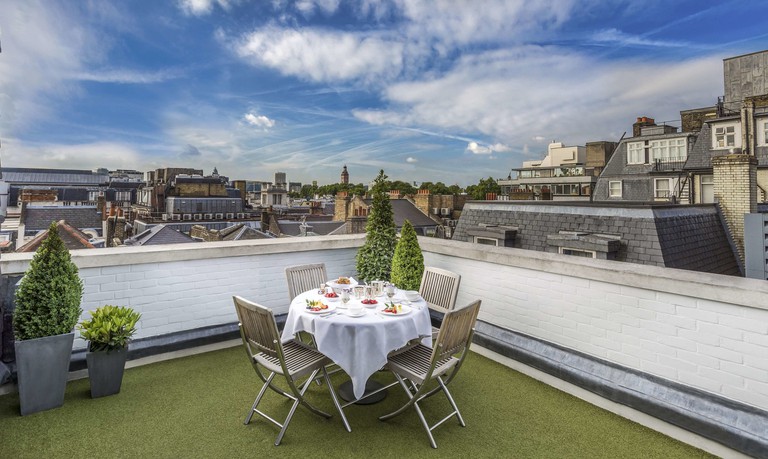 © The Stafford London / Expedia
The Stafford comprises three different buildings, each with their own style. Choose between the Victorian grandeur of the Main House, the country feel of the Carriage House – a former stables – or the privacy of your own fully equipped Mews Suite. And if that isn’t enough choice, you can either try British classics in the Game Bird restaurant or tuck into Mediterranean dishes in the American Bar. 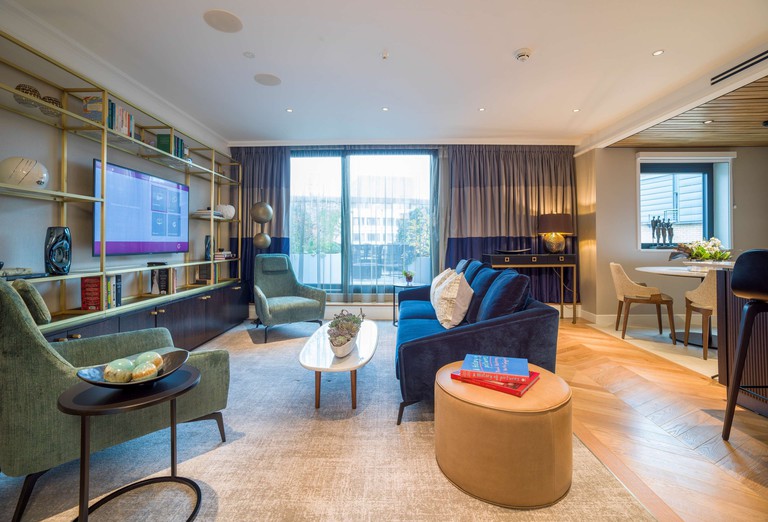 © The Guardsman / Expedia
Check out the rooftops of St James’s from the comfort of your bathtub when you stay in one of the Guardsmen Rooms in the five-star Guardsman Hotel. Later, you can enjoy a glass of wine in the drawing room or curl up with a classic in the cosy library. The hotel is within walking distance of Westminster, or you can wander around the art in Tate Britain.

To stay near other London attractions, check out the best hotels near London Zoo or some great options to book around the Tate Modern with Culture Trip. Alternatively, there’re plenty more to do like the film and TV tour covering everything from Harry Potter to Sherlock Holmes, or perhaps a food and drink experience might be more suited to you. Don’t forget to sample some of the great food in the capital at the best restaurants in London.