The Best Hotels to Book in Docklands, London 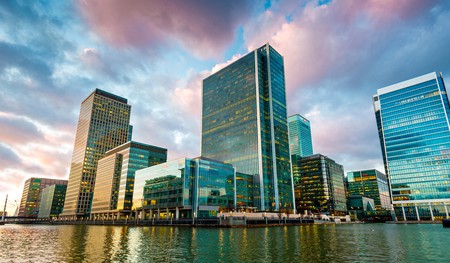 If you're headed to the O2 Arena, book into one of the top Docklands hotels | © robertharding / Alamy Stock Photo

Whether you’re heading to a concert at the O2 or attending a convention at ExCel, you’ll find a wealth of hotel options in London‘s historic Docklands. Here’s our pick of the best places to stay for all budgets, bookable on Culture Trip.

London’s Docklands may be unrecognisable from its fledgling days as the maritime hub of the city. However, its status as one of the capital’s key trading districts remains, albeit in the 21st-century guise of international banking. Still, top attractions in the area range from the O2 Arena to the National Maritime Museum and Cutty Sark, once the fastest sailing ship in the world. If you’re in the area, you’ll want to stay at one of these top Docklands hotels. 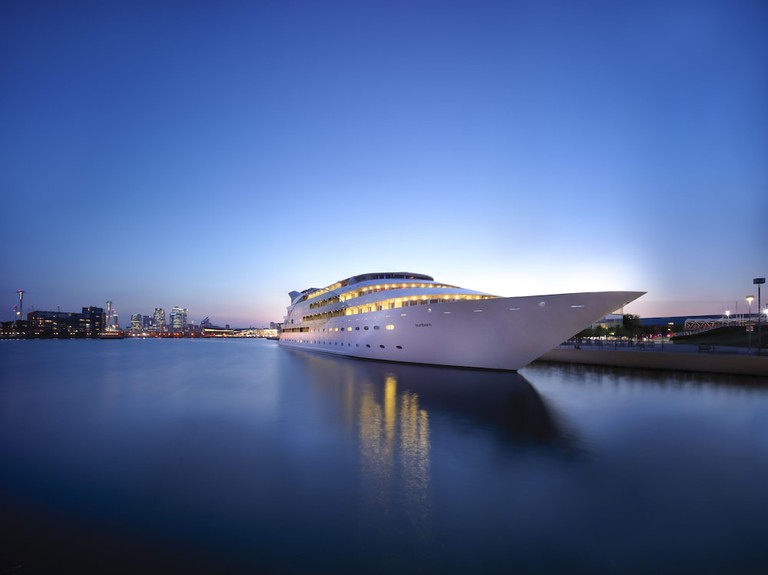 Courtesy of Sunborn London / Expedia
View Rooms
Price Drop
Now from $193 per night
Ever dreamed of renting a superyacht? This luxury boat hotel, moored in Royal Victoria Dock, could be the next best thing. Enjoy all of the opulence expected of a floating palace, without needing to worry about your sea legs. Yacht classic rooms come with a king-size bed, sofa and unrivalled views of the Docklands, while the executive rooms come with their own polished timber balconies. Don’t leave without indulging in a champagne afternoon tea on board.
More info 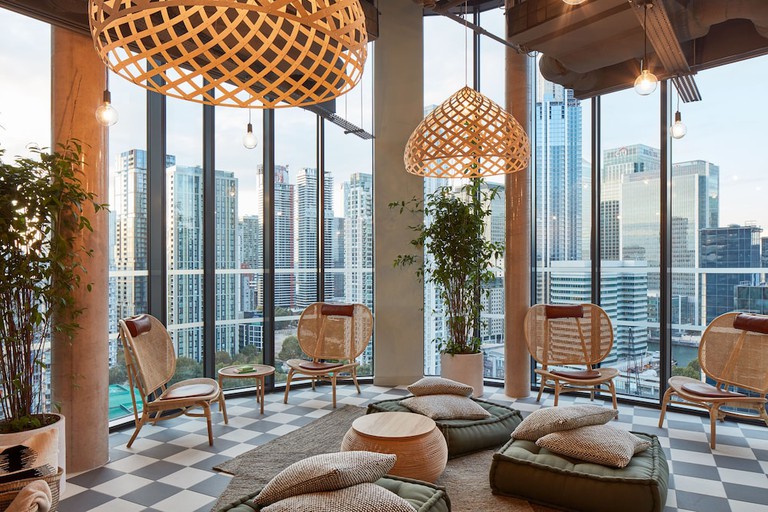 Courtesy of the Collective Canary Wharf / Expedia
View Rooms
Price Drop
Now from $125 per night
Described as a co-living space that doubles as a co-working option for London’s young professionals and creatives, you can stay for anything from one night to a year here. The vibrant hub in Canary Wharf is divided into four types of studio: cosy, standard, comfy and big. As might be expected from such an innovative set-up, the amenities are numerous. You’ll have access to a rooftop pool, a sauna and steam room, a games room and even a golf simulator.
More info 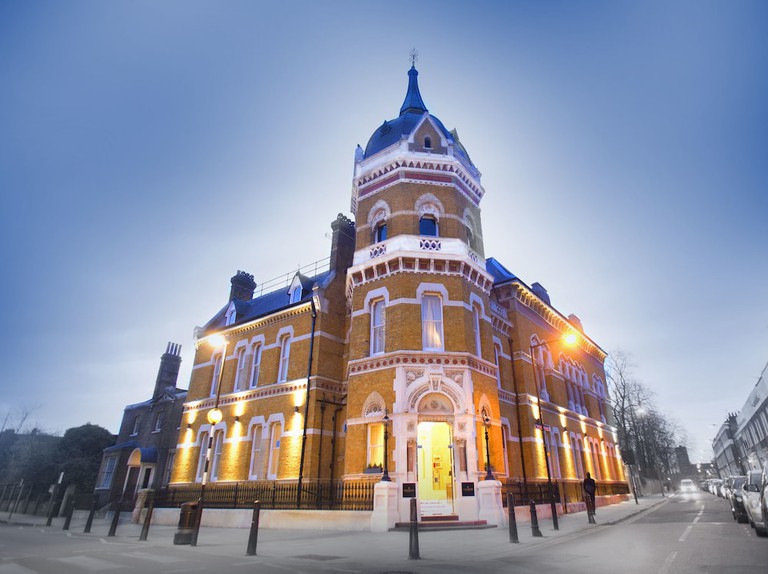 This Grade II listed building strikes a contrast from the titanium skyscrapers of Canary Wharf. With its octagonal dome tower and golden brick, there’s little else like this hotel in the area. The gracefully designed rooms and suites come with velvet ottomans, period fireplaces and views over the glittering Docklands skyline. Its walls can tell a few stories, too: this was the site where the East India Company built their first chapel and poorhouse in 1628. 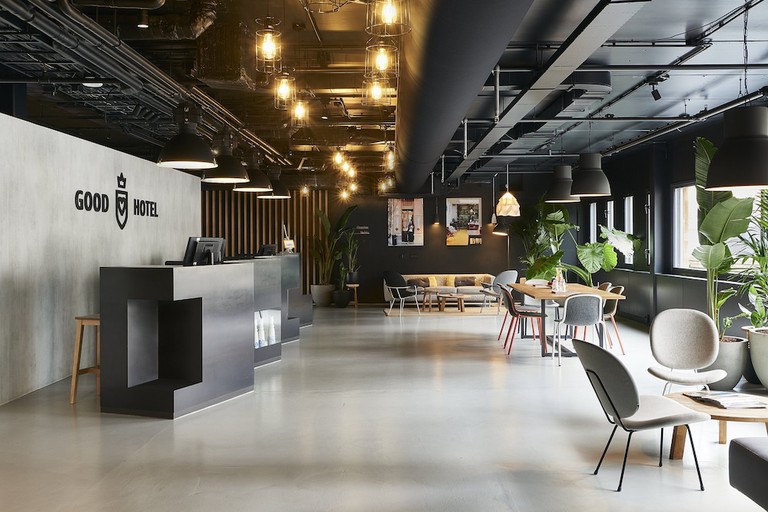 This unique hotel resides on a floating platform on the north-west corner of the Royal Victoria Dock. You’ll get a great view of the Thames skyline on the roof terrace, making it a great spot to enjoy the hotel’s bottomless brunch offer. What could be better than 90 minutes of unlimited prosecco? Well, the fact that the hotel re-invests its profits into social and education initiatives in the area. 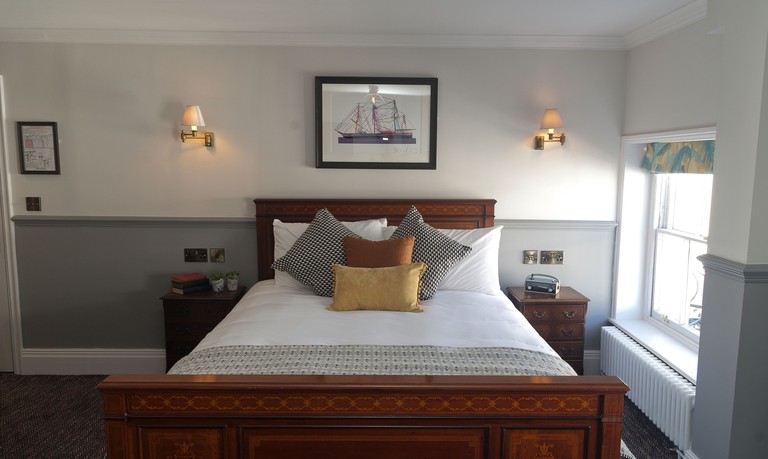 This chic pub-with-rooms offers cosy doubles and king-sized suites, overlooking lively Greenwich Market. Like the traditional pub below, the seven rooms abide by a seafaring theme, inspired by the proximity to the old Naval College, the Cutty Sark and the National Maritime Museum. It goes without saying that the kitchen serves up a mean beer-battered haddock, chips and mushy peas. 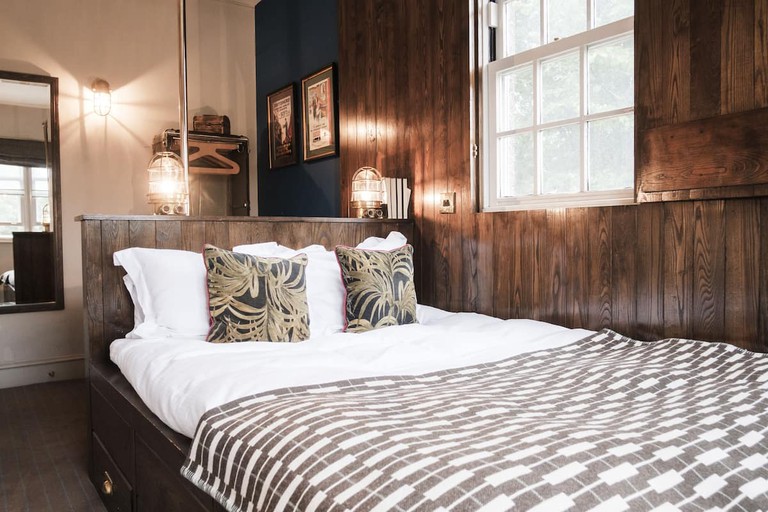 First opened in 1801, this inn and hotel comes with a rich history, beginning with the days when the majority of patrons here would have arrived by boat. More recently, the Britpop-era “Parklife” video from Blur was filmed outside the Pilot. You’re also a mere 12-minute walk to the O2 arena. The owners, however, prefer culture from much further back in British history – during the summer, you can enjoy raucous Shakespeare performances in the pub garden. Book the Captain’s Cabin for a quirky nautical-themed stay, complete with wood panelling and a porthole window. 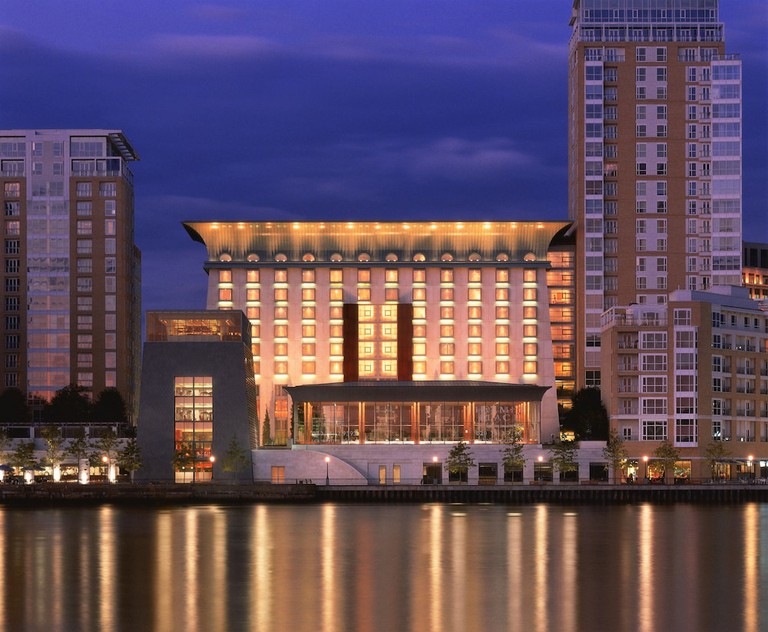 If you’re returning by river boat from a night in the city, you’ll spot the reflection of this illuminated 142-room hotel in the Thames a mile away. Westferry Circus and Canary Wharf Pier are just metres away. Inside the hotel, limestone bathrooms and American black walnut furnishings are the headline picks from its standard, superior and deluxe rooms, but it’s the 37sqm (400sqft) premier rooms that come with the best views in the house. 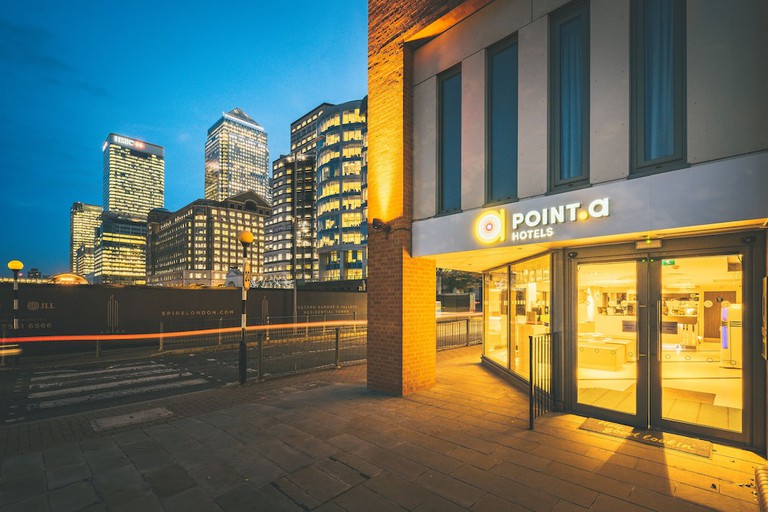 This value hotel in Tower Hamlets promises everything you need and nothing you don’t, making savvy use of the space with compact yet cosy rooms. You’ll appreciate the super comfy Hypnos bed, power showers and the hostel-style warmth of the staff. It’s also reasonably priced, given its prime location in an area traditionally associated with city traders and high rollers. Double rooms include accessible options for guests with limited mobility.

For more options, Stratford and Canary Wharf are a stone’s throw away from London’s Docklands and have many budget-friendly hotels and places to stay near attractions like the Olympic Park. For something a little alien to this banking hub, why not try a chilled-out tour of London, then finish your day at one of the city’s many outdoor venues.