The Best Hidden Bars and Cafés in London 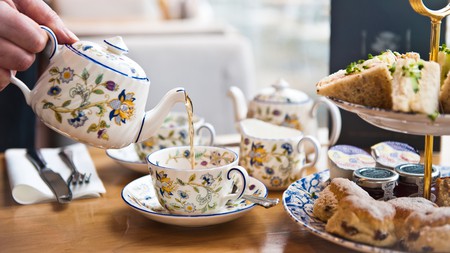 For Alice, it was the rabbit hole; for Harry Potter, the wall in King’s Cross station. Hidden entries reward the curious mind, and they aren’t just a preserve of the imagination. All over London, you can find clandestine corners that lead you through to the best bars and cafés in the city. These hidden gems will open your mind up to a London that you never knew, and once you step through their doorways, you’ll never look at the capital in the same way again.

Cafe, British, Vegetarian
Facebook
Email
Twitter
Pinterest
Copy link
Share
Map View
Hidden away in plain sight, up the narrow stairs of an old inconspicuous building near Angel station, is the Candid Café. With its rustic wooden flooring and huge central dining table, the space is furnished with velvet armchairs, big comfy sofas, quaint art and soft candlelight. Undeniably quirky, but cosy and warm, this is the perfect place to enjoy afternoon tea in the company of a friend (or your favourite book). 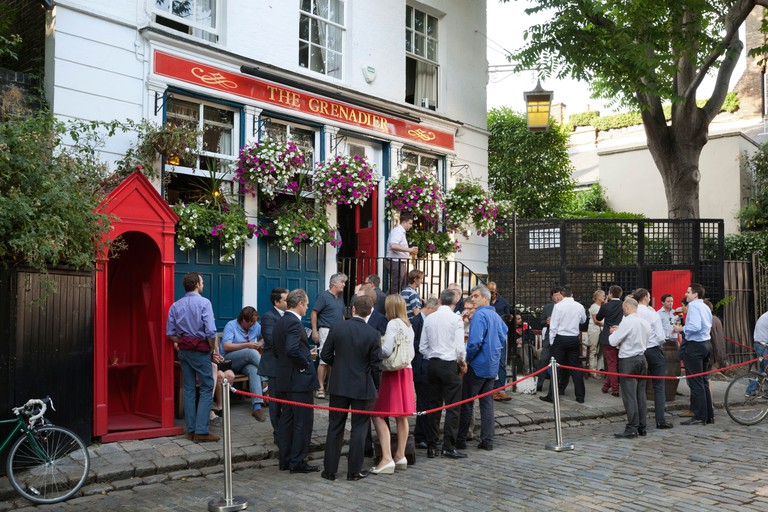 © Stuart Black / Alamy Stock Photo
Tucked away within lovely residential mews by Hyde Park Corner is The Grenadier – a veritable London landmark. Built in 1720 as the Officers’ Mess for The First Royal Regiment of Foot Guards, The Grenadier took its name from an honourable battle fought against the French Grenadiers at Waterloo in 1815. This little pub offers refreshing ales along with delicious traditional pub food. With an often roaring fireplace, an incredible ceiling plastered in banknotes and friendly staff, The Grenadier is worth the fight for a seat. 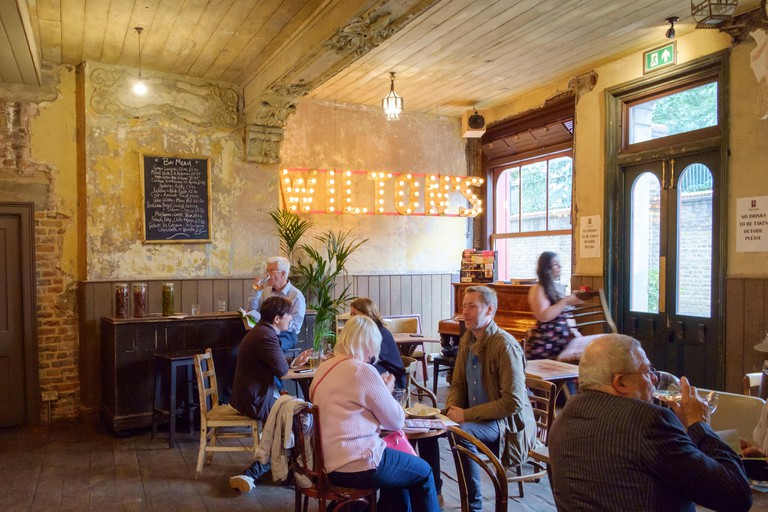 © Katharine Rose / Alamy Stock Photo
Between Tower Hill and Aldgate East station resides Wilton’s Music Hall, the oldest music hall in London. With its breathtaking architecture, the Wilton’s Music Hall is not only a must for opera, concerts or theatre lovers but it is also part of the city’s cultural heritage. Starting off as an alehouse in the first half of the 18th century, it was turned into a concert room later on in its lifespan, before it became a music hall in 1859. From the end of the 19th century up to the present day, the site went from being the East London Methodist Mission’s hall to a rag warehouse, to lying empty and being left to decay for decades. After many years of reconstruction, Wilton’s Music Hall began inviting audiences again in 1997 and fully reopened to the public in 2004. Now a famous site for film and video shoots, it offers an incredible variety of entertainment in a decidedly retro atmosphere. Its lively, swinging Mahogany Bar is one of the best-kept secrets in the city – and you’ll never forget your first night there. 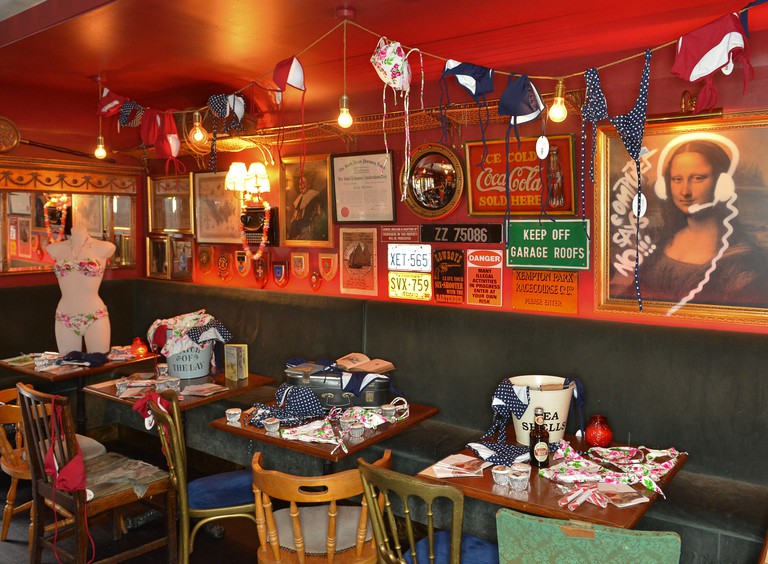 Truly hidden from the public, within the Chelsea Cloisters apartments on Sloane Avenue, is Barts. You pass through the reception, head down the corridor and, before you know it, you’ve turned up in Wonderland. With old paintings, stuffed animal heads and cuckoo clocks, this bizarre but elegant salon invites you to work through its eccentric selection of cocktails – served in teapots or cigar boxes – accompanied by the sound of great music from the 1920s. This old-fashioned bar is a speakeasy in the truest sense. Just don’t tell too many people about it!

Located in the heart of Shoreditch on Hackney Road is the Looking Glass Cocktail Club. As the name suggests, customers are invited to go through the sumptuous ‘looking glass’ to enter a speakeasy room. Illuminated by candlelight, and lined with old leather sofas, the Looking Glass offers phenomenal cocktails alongside performance art, live music, DJ sets and all manner of other events. Be like Alice, let your curiosity get the better of you, and break on through to the other side. 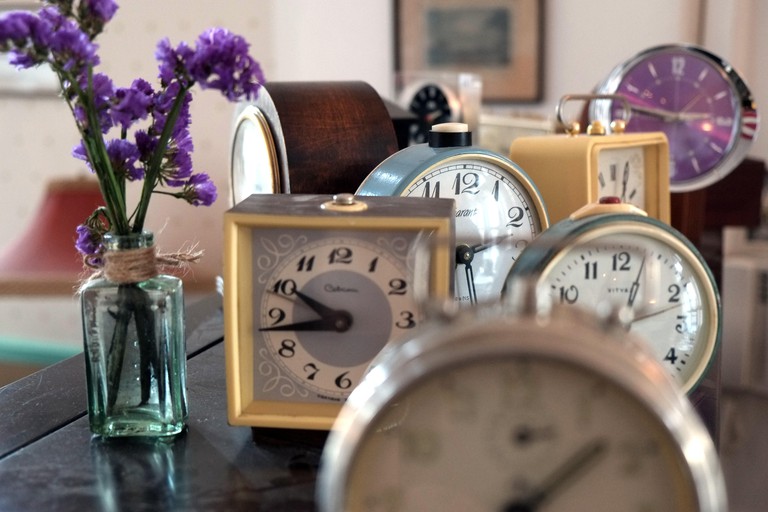 © dpa picture alliance / Alamy Stock Photo
It would be easy to pass this unassuming shopfront on Old Street, in the centre of Shoreditch. However, if you ring the bell and go up the stairs, you will find the Ziferblat – a self-styled “anti-café” where guests pay for the time they stay, instead of the food or drinks, which are free and plentiful. With eclectic furniture, instruments and board games, a record player and books spread everywhere, the Ziferblat is a perfect second home. There’s highly entertaining events every day, from yoga lessons to game nights, creative writing sessions to art exhibitions; truly, this place offers you the opportunity to work, play or relax at will. And for only £4.80 for an hour, it is worth spending time at the Ziferblat.
Give us feedback