The Best Films and Cinema Events in London this Month 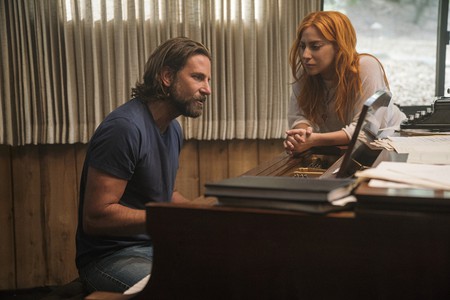 Bradley Cooper and Lady Gaga in 'A Star is Born' | © Warner Bros.

The London Film Festival dominates proceedings in October, with a few Halloween treats thrown in for good measure. Here’s our pick of the best films out this month.

The 62nd London Film festival launches to the public on 10 October. We’ve picked out some of our highlights in our guide to the best films at the festival, with Steve McQueen’s Widows opening the event. Public tickets are available for all the films, and there are also a several screenings taking place out of the capital this year. Be sure to keep an eye out for the secret movie, which is always worth a punt for the curious – even if it isn’t always the biggest surprise.

A Star is Born

As unlikely as it may seem, Bradley Cooper has crafted a genuine Oscar contender with his directorial debut. Perhaps even more surprising, the actor-turned filmmaker has achieved this feat with popstar Lady Gaga starring in the lead role. Performances by both actors are superb.

Spider-Man’s most popular modern nemesis makes a solo film debut in this spin-off. Star Tom Hardy is certain to be one of the big attractions, but it’s hard to see where exactly this film fits in the grand scheme of things. Venom is supposedly separate to the rebooted Spider-Man series starring Tom Holland, which in turn means that it is also non-canon in the extended Marvel Cinematic Universe. Early reviews are non-existent, so distributors Sony will have to rely on the star power of Hardy, Riz Ahmed and Michelle Williams to grab your hard-earned money.

Using the process of rotoscoping, where scenes are shot for real and subsequently animated, Ali Soozandeh’s uncompromising film looks at the Tehran’s “hidden” underground society. The lives of a desperate singer, single mother prostitute and her seemingly happy neighbour all clash as corruption and society force them to confront some uncomfortable home truths. As The Breadwinner (2018) proved, animation can tell stories that are otherwise impossible to film, and Tehran Taboo is a real tour de force.

Bad Times at the El Royale

The cast for this Drew Goddard movie looks incredible. Oscar-winner Jeff Bridges leads the way and he is supported by the likes of Chris Hemsworth, Dakota Fanning and Jon Hamm in this mysterious thriller set in 1960s California. The premise sees seven strangers assemble at the eponymous El Royale, a novelty hotel, where something odd is happening just outside. Goddard is a TV veteran with credits on Lost, Buffy the Vampire Slayer and Alias, who later transitioned to feature films. This could be a cult hit in the mould of his Cabin in the Woods (2012).

Damien Chazelle and Ryan Gosling scored huge success with the whimsical La La Land two years ago. Now, Gosling is stepping into the boots of Neil Armstrong to document what it took to put man on the moon. The film favours facts over thrills, but that’s not to say it’s boring. You’ll come away from the movie feeling like you never need to see another film about landing on the moon, and that’s not a criticism. The space-set footage shot in IMAX for the movie are spectacular.

The 11th official film in the Halloween franchise, and a direct sequel to the 1978 original, Halloween – Heritage leaves Jamie Lee Curtis’s Laurie Strode to once again face Michael Myers. The legacy of the original – instrumental in creating the slasher genre – is undeniable, but are modern audiences going to be interested in an unstoppable killing machine wearing a William Shatner mask?

When Sacha Baron Cohen walked away from this dramatisation about stadium-fillers Queen, rumour had it that it was because there was going to be a focus on life after Freddie Mercury. More trouble was in store when original director Bryan Singer left the project well into production and was replaced by Dexter Fletcher. Whatever the circumstances, Rami Malek is said to be mesmerising in the role of Mercury.

Our final offering this month is a comedy horror that will hopefully have laughs and chills aplenty. Set in an English boarding school, Slaughterhouse Rulez follows a group of students and their teachers as a fracking sinkhole unleashes all manner of terrors. Simon Pegg and Nick Frost will team up in the movie following on from their earlier collaborations, with some some “serious” acting from Michael Sheen in store.