The Best Canalside Walks in London 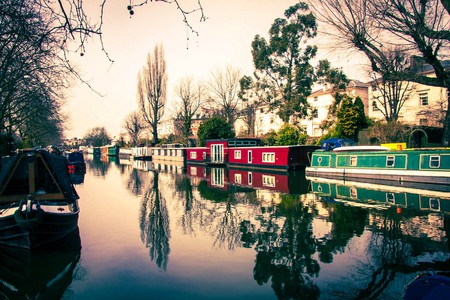 Meandering through London are the Grand Union and Regent’s canals, which converge on Little Venice in North West London. The two picturesque waterways remain from the bygone days, when such man made channels served as industrial transport routes that carried cargo around the country.

Nowadays, the capital’s canals are a predominantly aesthetic feature, which provide a tranquil escape right in the heart of the hustle and bustle of the big city. Rove along a random stretch or immerse yourself in the glorious history of London’s canals with one of the Canal Museum’s walking tours.

Setting out from the London Canal Museum by Regent’s Canal’s Battlebridge Basin in King’s Cross, this walk detours by the west portal of the Islington Tunnel before passing St. Pancras Lock and finishing up with the three Camden Locks. Suitable for wheelchair users, this one-and-a-half-mile walk lasts approximately 90 minutes and leaves participants to enjoy the famous Camden Market at the end. 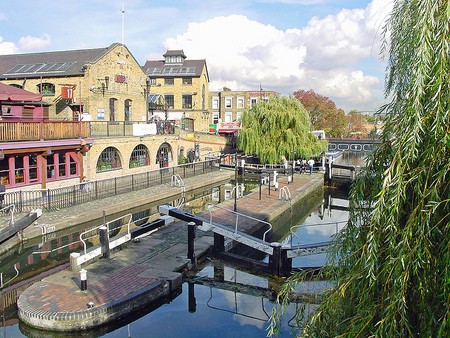 The Canal Museum hosts three other tours, which are only available to groups of ten people or more and are offered with a group visit to the museum. These include the Cumberland Arm Walk, the “Footsteps” Walk and the “River Fleet” Walk.

Discover the Cumberland Arm of Regent’s Canal – or what’s left of it – and check out the rather odd “bridge over nothing” in Primrose Hill. As well as being home to the buoyantly brilliant Feng Shang Princess floating restaurant, the Cumberland Basin is all that now remains of the canal’s one-kilometer-long Cumberland Arm, which once connected Regent’s Park to Euston. 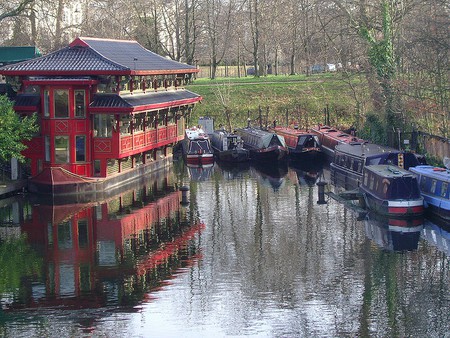 Check out Regent’s Canal’s Islington Tunnel, the subterranean aquatic connection between Caledonian Road and City Road that has taken vessels under the streets of North London for almost two centuries. Ending at the City Road Basin, groups can see one of the major destinations for freight shipments during the heyday of the canals.

Discover the hidden River Fleet which in the past ran through the streets of London. Now it runs under them – let’s just say it had a fleeting existence. Take a walk around King’s Cross, St. Pancras and Gray’s Inn Road and learn about the influence this now-forgotten river had on the development of the local area.