The Best Barre Classes in London 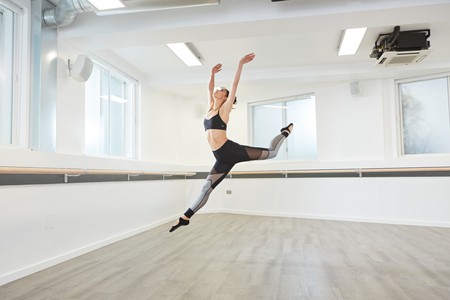 Whether it’s a dancer’s body that you’re yearning for, or you’re simply looking for a workout that’s as enjoyable as it is sweaty, Barre could be the one for you. Comprised of a series of small repetitive movements designed to lengthen the muscles, improve posture and create tone, there’s little more likely to have visible results as quickly as this L.A-founded concept. We’ve tried and tested the classes in London and comprised a hit list of the best studios and sessions to make finding your perfect class as easy as pas de bourrée. 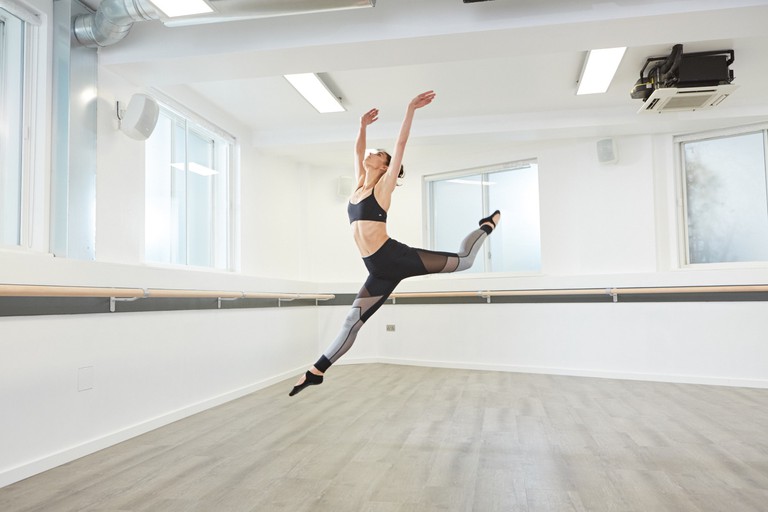 Xtend Barre Studio | Image Courtesy of Xtend Barre
When you find out that an exercise class originated in L.A, you prep yourself for gruelling workout in the quest to get limbs to rival Gwyneth (sunkissed skin not included). With Xtend Barre, you’ll be well on the way to achieving just that. A fusion of dance, ballet and pilates with a strong focus on dance, it’s obvious that founder, Andrea Rogers has a performance background. The 55-minute class is designed to chisel the body and elongate the muscles, with unexpected additions to the routine that will engage parts of the body you didn’t even know you had. The studio itself is like a spa inside, with bright, airy workout spaces, and roses in the white marble changing rooms. The instructors have an infectious energy about them and the music is in-line with the routine. Book in to the classic Barre class and get ready for an adrenaline-fuelled workout that will make you sweat.

Don’t let the name mislead you on this one, established spin studio, Psycle, has added a few new strings to its bow of late. With a brand new space in Shoreditch comes a brand new timetable and a brand new concept; a series of classes that balance cardio, strength and flexibility in equal part. Barre is a poignant feature on the list, but it takes a slightly different approach to the concept than some of the more ballet-based sequences on this list. With a focus on agility, speed and mental focus as well as the usual disciplines, get ready to feel those muscles working. An ideal start to the day, not least because of its fully-equipped changing rooms and premium bathroom products, it’s sure to get your endorphins and productivity levels running high.

It's here!!! Come and check out our brand new studio at Whitby Street in Shoreditch. Open from 4:30pm this afternoon. 🙌💖🤜

Gym, Fitness Studio
Facebook
Email
Twitter
Pinterest
Copy link
Share
One of the first places to offer Barre classes in London, Frame established its own riff on the concept long before many, most recently adding a Cardio Barre workout to its timetable for those wanting to really sweat. The brand concept is simple; work hard and have fun. For this reason, it’s our favourite class to book in to with a friend. Expect a funky soundtrack, butt-burning plies, a welcoming atmosphere – no intimidating instructors here – and get ready to channel your inner Sasha Fierce.

Gym
Facebook
Email
Twitter
Pinterest
Copy link
Share
It comes as no surprise that Equinox in Kensington has put its own signature spin on the Barre concept. Starting with traditional ballet moves and adding high-performance athleticism into the mix, the routines combine skill development with a whole lot of sweat. The timetable includes unique variations on the theme, with each class promising to deliver a little more than just sculpting and lengthening the muscles groups. Classes include Barre Fit Cardio; a high-impact session designed to torch calories, Barre Bootcamp; a heart-racing riff on the theme involving weights, Ballet Barre; focusing on dance technique, and the classic Barre class; a 60-minute session that does exactly what it says on the tin. Working to the belief that Equinox isn’t a workout, it’s a lifestyle, this is the kind of studio that will inspire you to make fitness a significant part of your life. 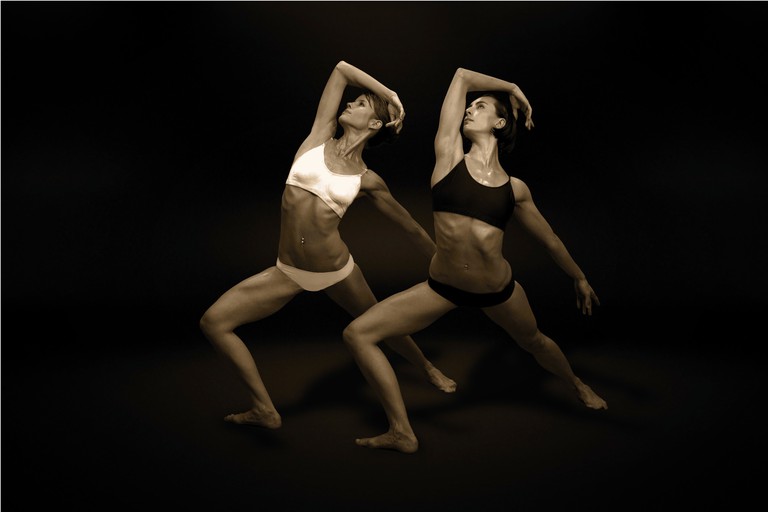 SOMA Barre | Image courtesy of SOMA
You may know SOMA more familiarly as Ethos, the hot yoga-based studio set in Old Spitalfields Market, but it’s undergoing a re-branding and it’s bringing something altogether new to London’s fitness landscape. As of September, the School of Mindbody Athletics will be offering Barre enthusiasts the chance to enrol in their Barre Athlete module, which involves a personalised training programme designed to achieve the long, lean physique of a dancer. The approach is more dynamic than that found in most other classes and every 40-minute workout (Barre Whipped, Barre for Athletes and Ballet Blast) is cardio-based, providing a total body workout. The room is slightly heated and you won’t lift a single weight. Bonus. One that really does stand out from the crowd, SOMA is the studio to head for if you’re serious about taking on a challenge. 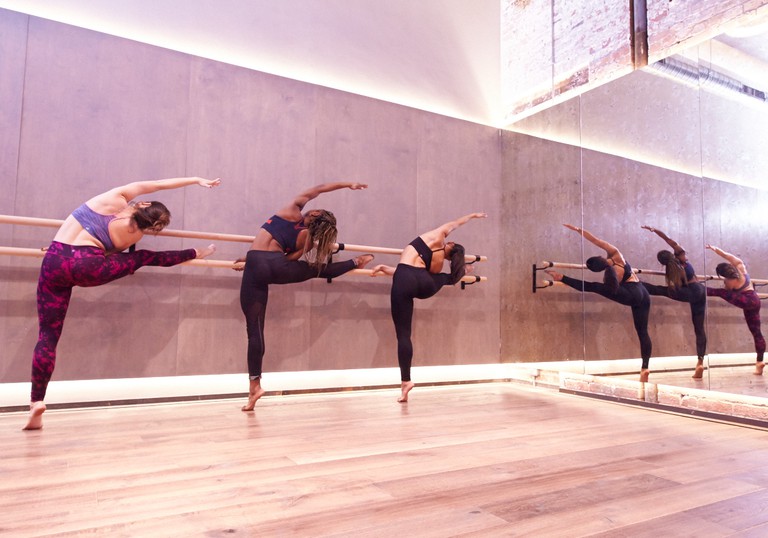 Blok London classes | Courtesy of Blok London
Hidden away in a refurbished tram depot in Clapton, Blok is a tricky one to find but it’s well worth the digging once you’re in class. Decked out with the building’s original features, it’s a little more authentic than some of the shiny new studios in London but that’s what gives it its charm. The 60-minute Barre session is accompanied by an upbeat soundtrack that’s sure to make you smile; because who doesn’t like dancing to a little Taylor Swift every once in a while? The routine focuses on improving technique and building on existing skills so it comes with a real sense of achievement as you see yourself progressing class after class. Settle in to the Blok café post workout and rejuvenate with a homemade smoothie or a cleansing juice. A studio with a difference, this is the class to book if you want to put a little fun back in to your workout regime. 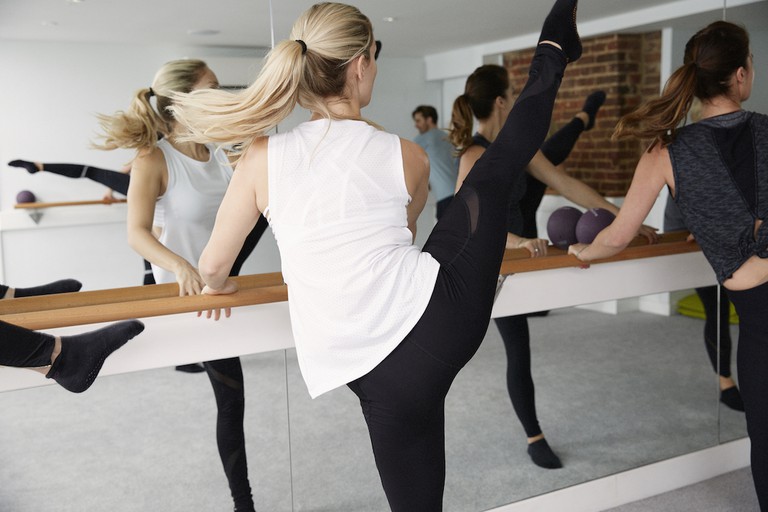 Barrecore, Chelsea | Courtesy of Barrecore
Arguably the most established name in the line-up and famed for bringing the Barre concept across the Atlantic from L.A in the first place, it’s Barrecore that we have to thank for this now popular figure-transforming workout. You couldn’t be blamed for thinking you had arrived in the concept’s hometown when you step into the bright, airy studio space and what better way to get into the right mindset? With a plethora of styles of class on timetable, including HIIT, Cardio, Stretch and Sculpt, there’s opportunity to workout in a different style every day of the week if you wanted to. These 60-minute sessions aren’t bursting at the seams with students so instructors spend time with each student which is a lovely touch. Every session starts with a weights-based warm-up and concludes with a relaxing Savasana to reset the mind… bliss. If you’re looking for a thoroughly rewarding workout with a little glamour to boot, then this is the studio for you.

One for the more experienced practitioners amongst us, Barre45 at West London-based boutique gym, Heartcore, is a fast-paced, energising class that promises to work you just as hard as its 55-minute alternative. Suggested as being suitable only for people with at least two of the original routines under their belt, this sequence features faster reps, less rest time and a specially-edited sequence that will deliver visible results. The class is just as focused on posture and form as it is toning, with short bursts of exercise on the mat as well as at the Barre, so there are more benefits to the class than toned limbs. Ideally suited to those who live the busy London lifestyle and want a quick fix (that’s everyone then!), there’s little reason not to book in to get your heart racing and your muscles working.

Do you have the balls? #Heartcore #barre #harderthanitlooks #workout #london