The Best Artists' Homes and Studios to Visit in London

Where better to get a sense of the most celebrated artistic minds than at the residences they once inhabited? From the artistic creations in their own right, to reflections of a bygone era, we’ve rounded up the best artists’ homes and studios in London.

The exquisite house and studio of Victorian painter and sculptor Lord Frederic Leighton, is a work of art. Voted the top date destination in the capital, the museum is both a homage to the artist who designed and created it, as well as a time capsule to an opulent, ostentatious era of revolutionary design and progressive thinking.

The inspiration of the Middle East, which Leighton extensively travelled to, is most evident in the Arab Hall with its ornate and colourful tile design and lattice work. His work is hung throughout the museum alongside other artists he collected. An obvious highlight though has to be the artist’s north-facing studio, here his models would enter through a staircase hidden at the back of the studio that was accessed via a side door to the house.

Curated as Leighton would have left it, paintings and sculptural maquette’s are dotted around the deep maroon-painted space that boasts enormous windows overlooking the verdant garden. With it’s exceptional collection – not to mention the temporary exhibitions of Leighton’s contemporaries – sumptuous furnishings, and stunning interior design, this is a must-visit destination to get a real sense of a successful and fascinating Victorian artist. 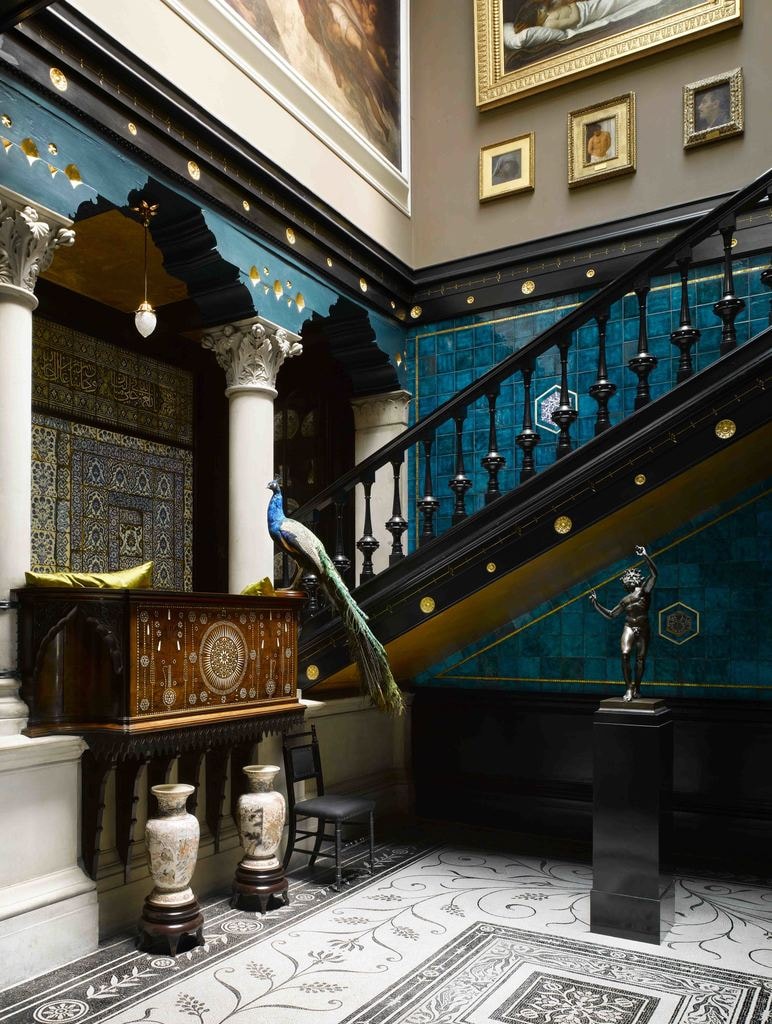 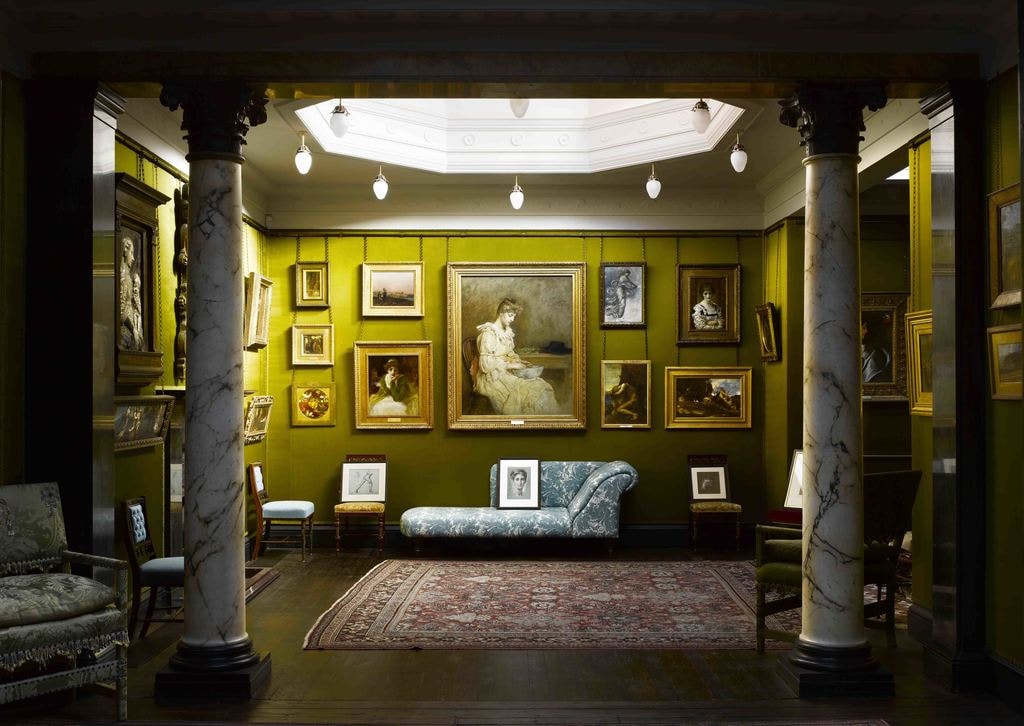 Near Holland Park and only a short walk from Leighton House Museum is the former home of Punch cartoonist Edward Linley Sambourne. Perfectly preserved as when Sambourne lived here with his wife and two children, 18 Stafford Terrace is the quintessential example of the ‘House Beautiful’ style, made popular by the Aesthetic Movement that encouraged the influence of the East within the home, whether Middle Eastern, Chinese or Japanese. Here, no surface is left uncovered, from William Morris-designed wallpaper and framed photographs and artworks to ornamental furnishings and decorative porcelain, the house a wunderkammer to the period. It’s a magnificent glimpse into the home of one of England’s most famous satirical illustrators. 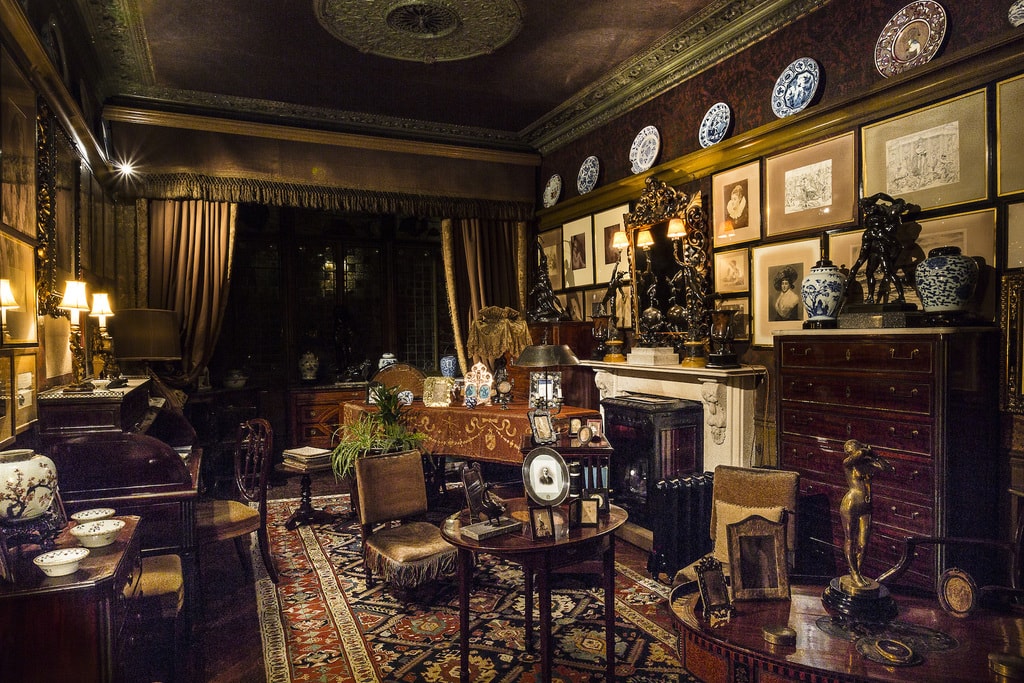 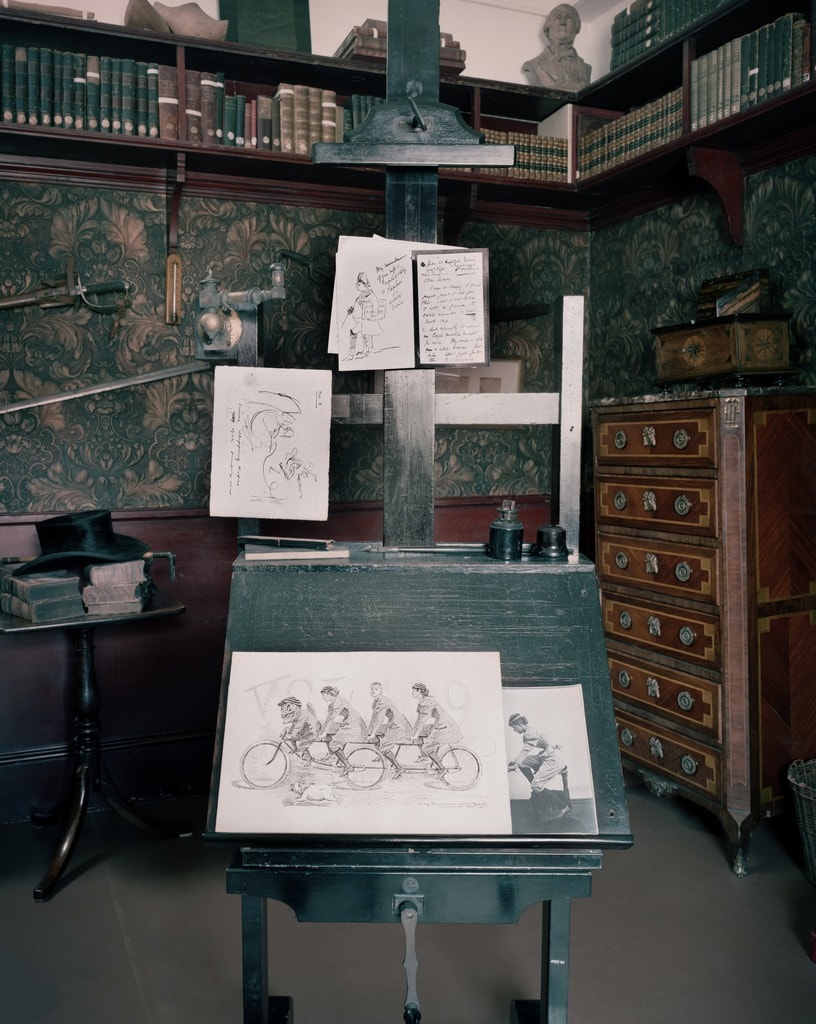 The artist and socialist may only have lived here for five years, but William Morris instilled his vision of the Arts and Crafts movement into this Bexhill house. Dreaming of creating a ‘palace of art’, Morris commissioned architect, Philip Webb to build a house that his fellow artist friends could decorate – pre-Raphaelite painter Gabriel Rossetti referred to it as, ‘more of a poem than a house’. An ode to the fervent collaboration that occurred between Morris and his circle of friends, Red House is also the site where Morris & Co was born, when the artist couldn’t find any furniture he cared enough to live with. 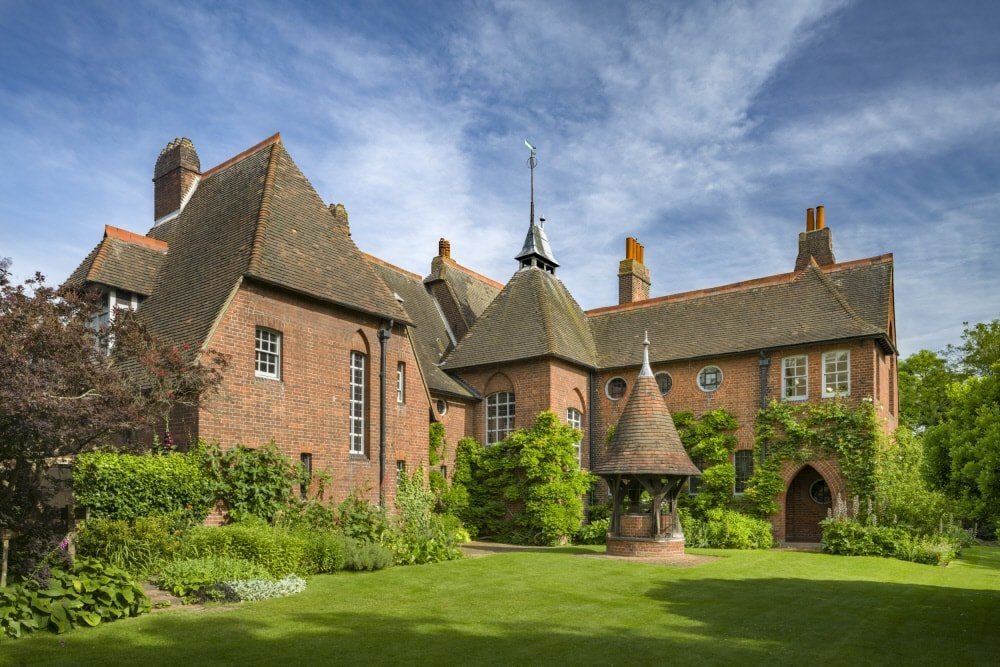 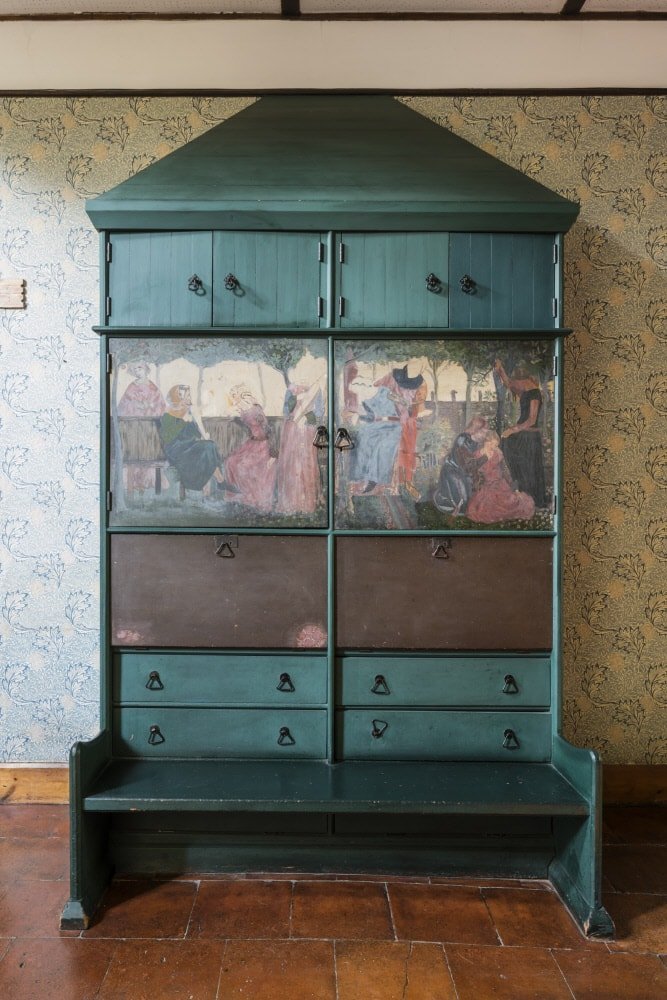 Just past the manic Chiswick roundabout there is a long forgotten idyll hiding behind a high brick wall. Back when Chiswick was a rural retreat, the London painter and satirist William Hogarth bought what is now known as Hogarth’s House as a summer getaway where he could take refuge from the degradation of Georgian London life that he so brilliantly captured in engravings such as Gin Lane. Hogarth made various renovations to the 18th century house and built himself a studio at the bottom of a garden, which unforunately no longer exists. Currently undergoing extensive restoration, the first floor is temporarily closed, but on the ground floor a collection of the artist’s prints and engraving plates are worth the trip alone. And let’s not forget the famous Mulberry Tree. 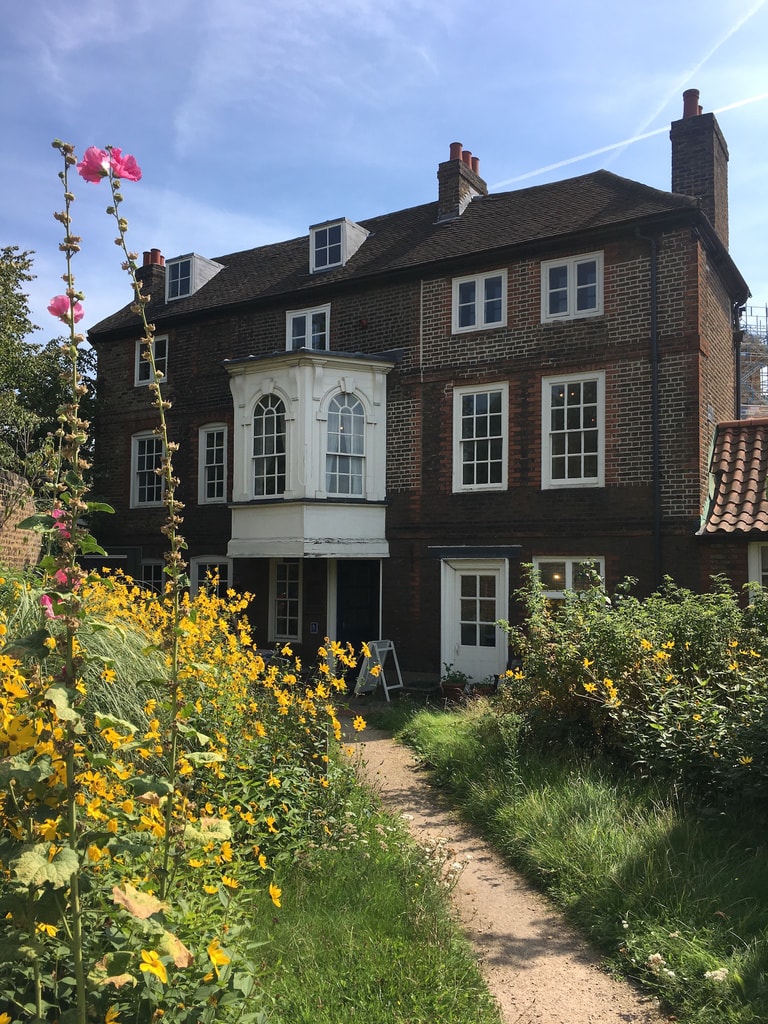 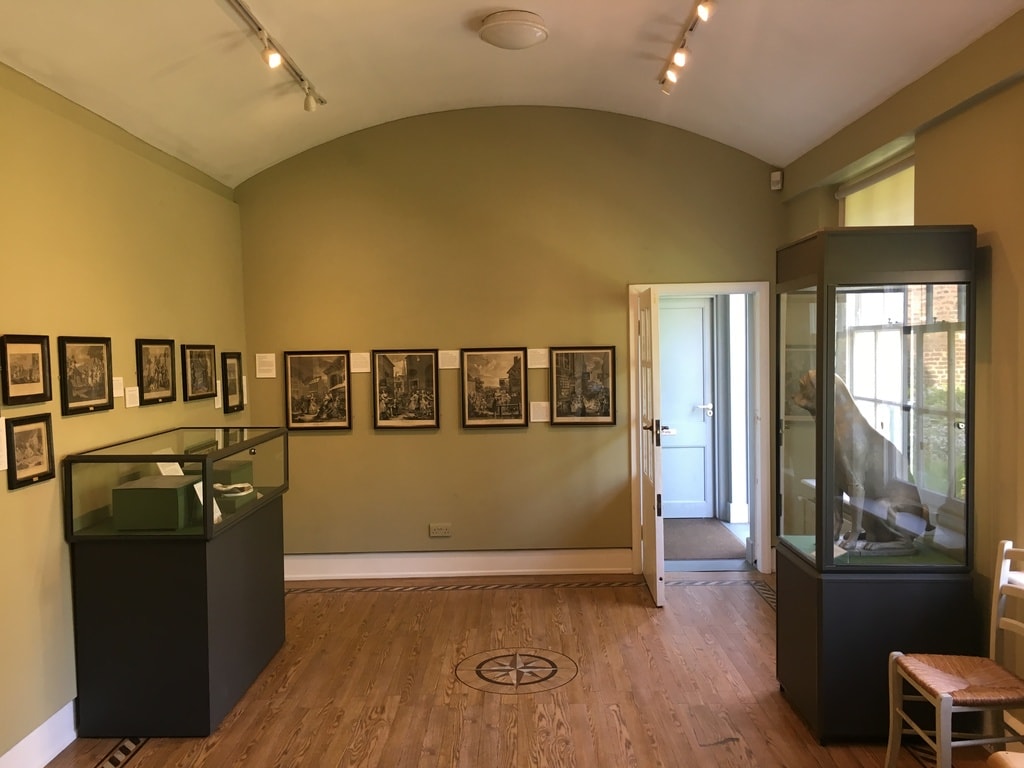 No doubt helped by his friend, the architect Sir John Soane, JMW Turner designed and built Sandycombe Lodge on plots of land he purchased in 1807 in Twickenham, near the Thames. Having undergone much-needed conservation costing many millions, Turner’s House has been returned to how the landscape painter envisaged it – removing extensions made by subsequent owners. Built as a retreat from the demands of his London art life and a quiet spot for his ageing father, Turner regularly sketched and fished in the relaxing landscape which at the time was not hindered by other buildings. 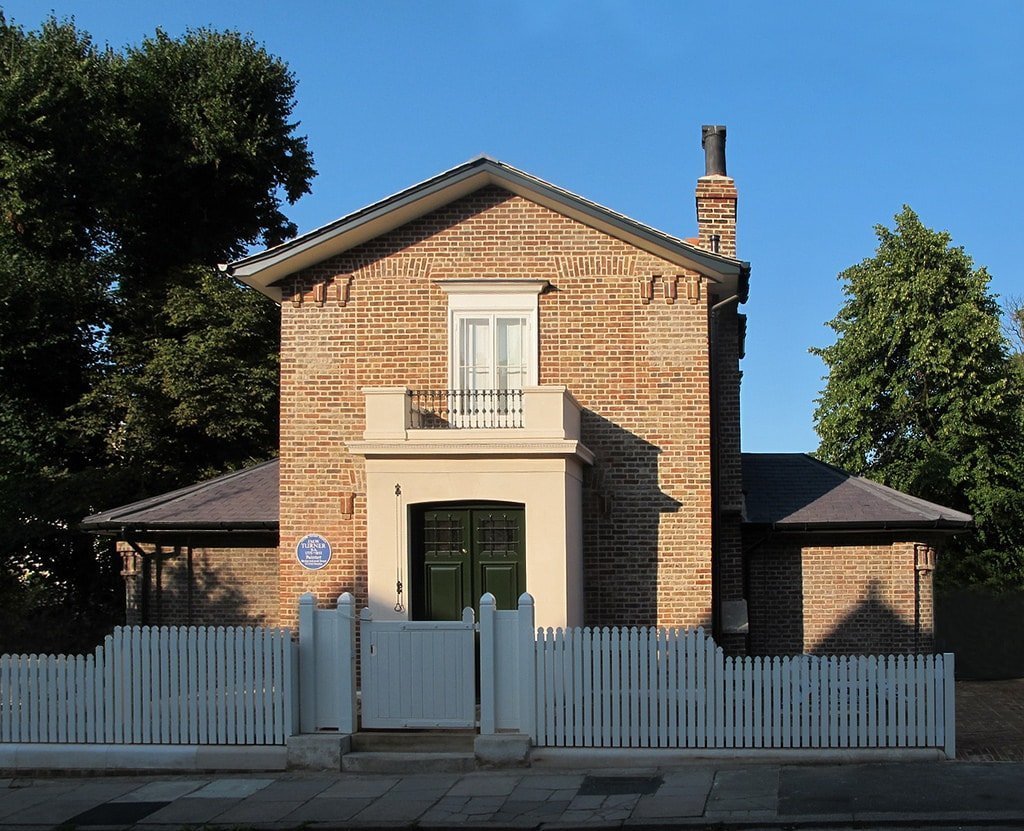 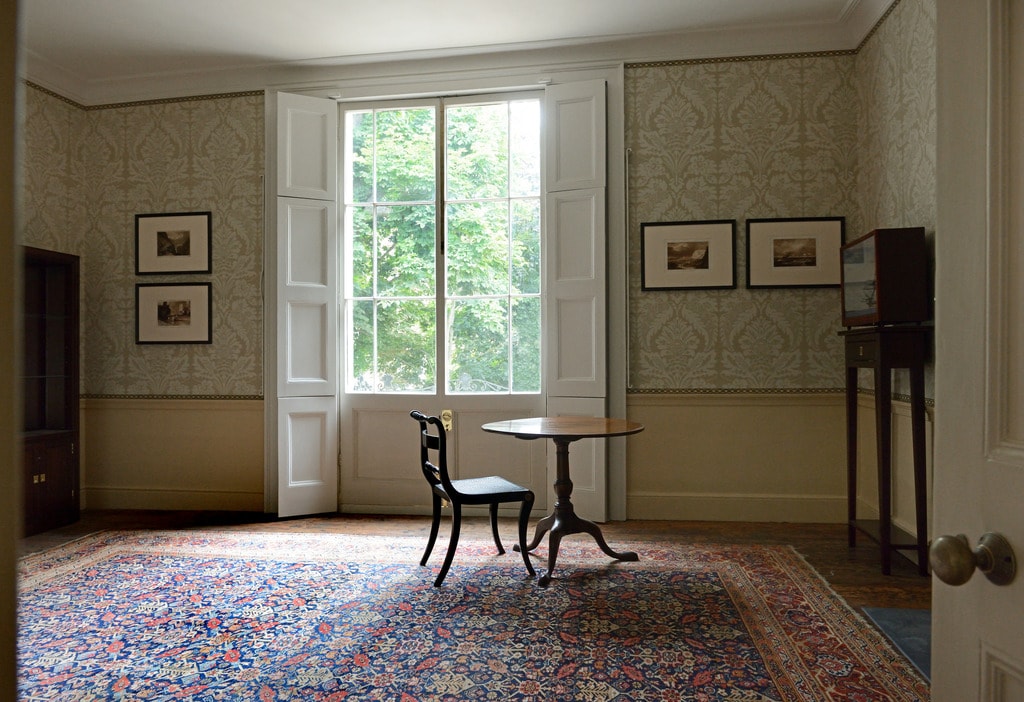 Now part of Kingston University, Dorich House Museum is the former studio home of celebrated Russian sculptor, Dora Gordine. With its plaster and modelling studios, this is the perfect location to get a real feel for an artist’s work. Over three floors of the Grade II-listed building you can move between the Art Deco apartment and spacious working spaces, where many examples of Gordine’s sculptures are installed. In addition to the artist’s work, an exemplary collection of Russian art and artefacts are also displayed, which Gordine collected with her husband Richard Hare. 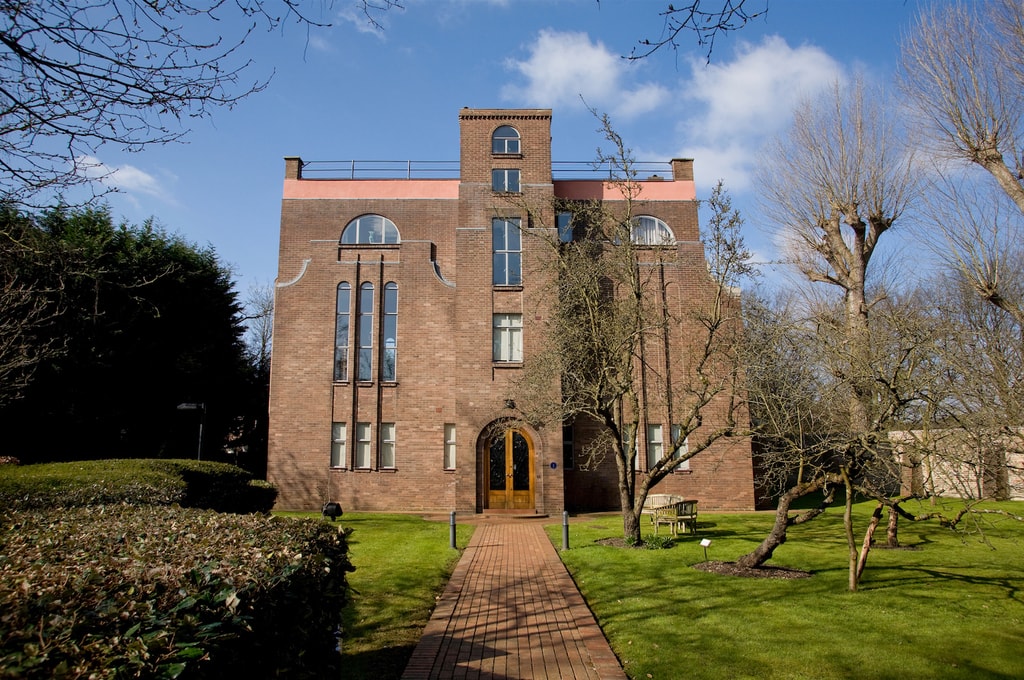 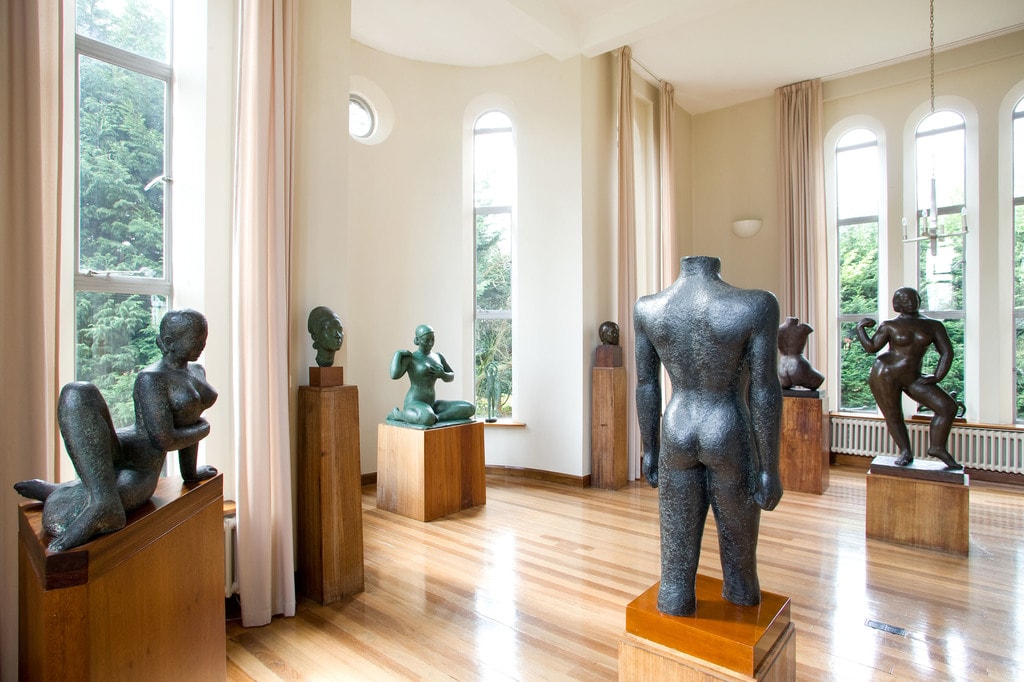 Although he came from a modest background and had been forced to leave school at 13 to start making a living, Emery Walker would become the Arts and Crafts typographer-extraordinaire and close confidant of William Morris. Hammersmith was a popular locale among many artists of the time and Walker moved into 7 Hammersmith Terrace in 1870, which soon became the hub for the Arts and Crafts movement. Now under the guardianship of the Emery Walker Trust, expert volunteers give one-hour guided tours of the house, the contents of which reveal the artistic and literary influences of Walker’s friends, most notably the Morris & Co hand blocked wallpaper. 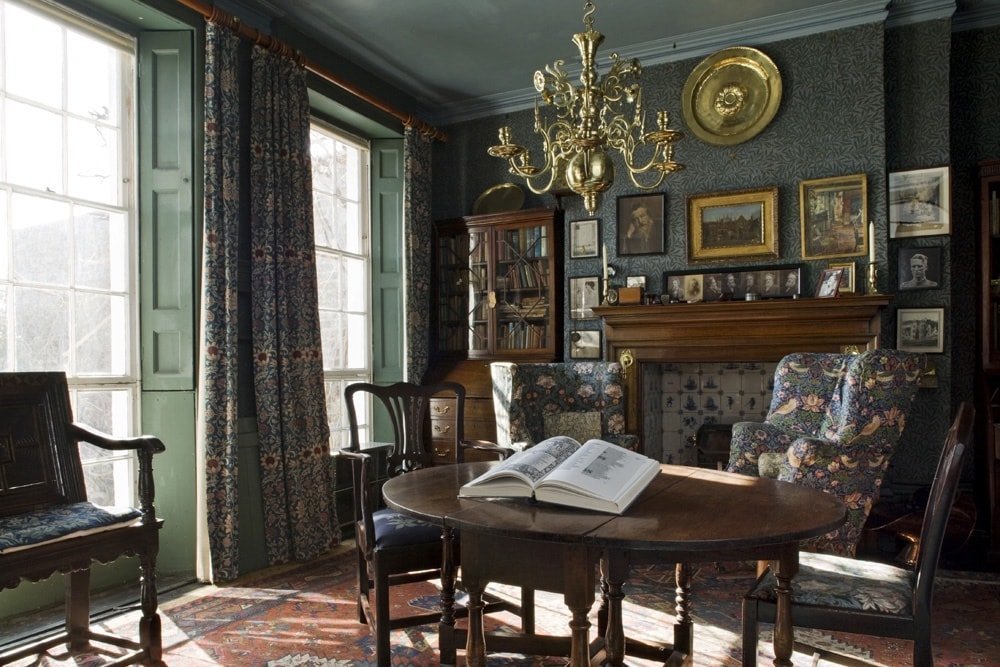 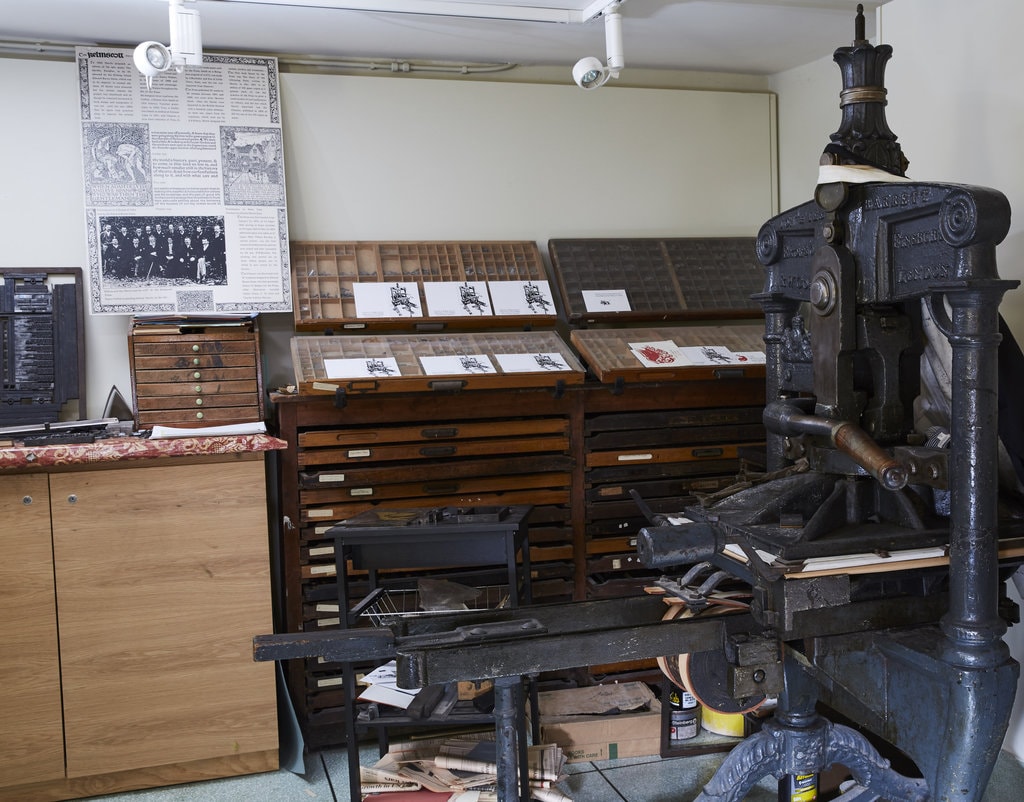 For 25 years, the Kenyan artist and poet, Khadambi Asalache created an exceptionally unique work of art, by decorating the interior of his house on the busy Wandsworth Road. Born in rural Kenya, Asalache made his way to the UK in the 1960s by way of studying art in Rome, ended up working for the BBC African Service and later the Treasury in London. Apparently the close proximity to his regular bus stop is what led him to purchase the rundown terraced house that had been inhabited by squatters. But today, from the basement kitchen up to the top floor, the building’s once dilapidated state has been forever transformed into a living piece of art by Asalache’s meticulously intricate wooden fretwork. 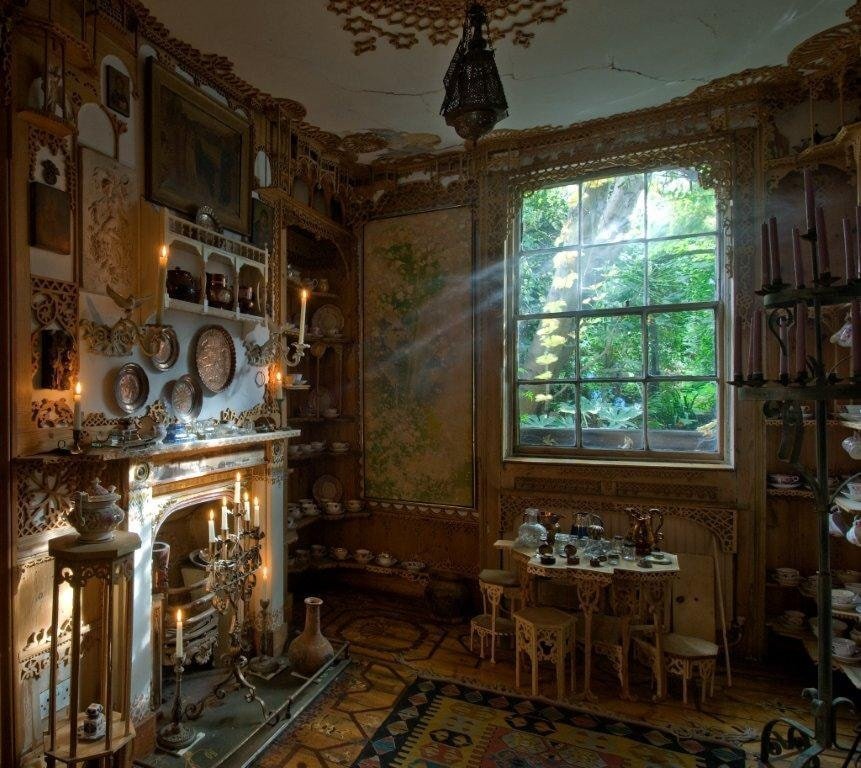 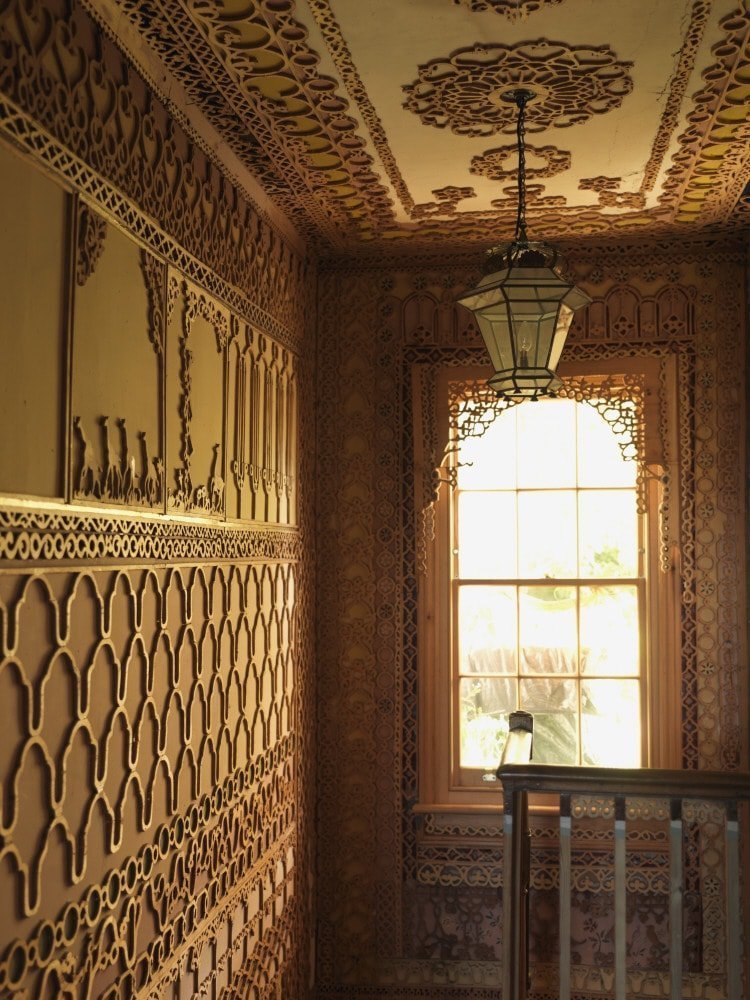 Want to see more art in London? Don’t Miss These Art Fairs in London this Autumn