The Best Art Galleries in Shoreditch 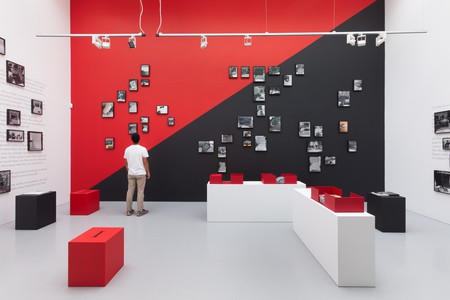 Since the Young British Artists blazed a trail in the nineties Shoreditch has earned the title as the hippest place in London to find emerging creative talent. The skyscrapers might have gone up in recent years, but the area has maintained an exciting mix of grass roots artist-run spaces and glossier, well-established galleries. Here’s our picks for the best places to visit in the area. 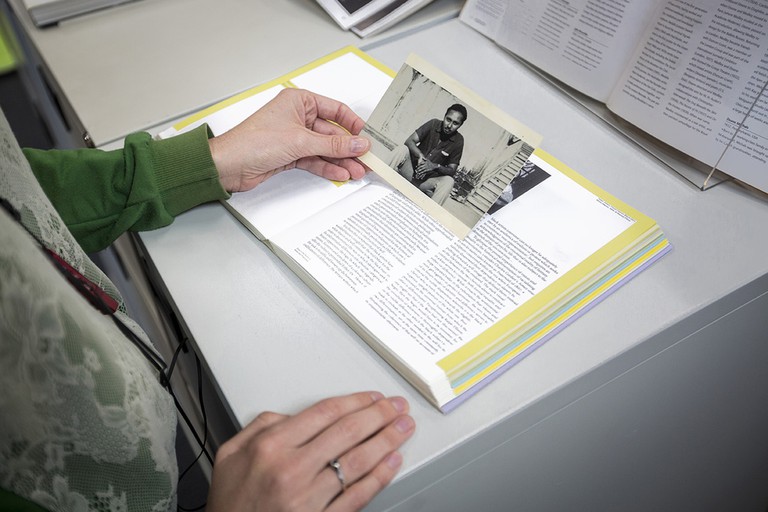 Ting-Ting Cheng, On the Desert Island, Artist residency at the Stuart Hall Library, Iniva | Courtesy Iniva
This institute is dedicated to broadening cultural histories, in order to preserve the legacies of British artists of predominantly Black or Asian descent and help marginalised artistic communities gain the recognition they deserve. It was instrumental in the early careers of famous contemporary artists such as Yinka Shonibare MBE, Steve McQueen, Idris Khan and Sonia Boyce. It also contains the Stuart Hall library, named after the pioneering academic who founded the organisation in 1994. As well as offering resources for researchers, artists and cultural producers, Inviva also presents temporary exhibitions in its ground floor space and artist residencies, imbedded in research conducted in the library.
Open In Google Maps
16 John Islip Street, Westminster, London, England, SW1P 4JU, United Kingdom
+442076301278
Visit Website
Give us feedback

Art Gallery
Facebook
Email
Twitter
Pinterest
Copy link
Share
Map View
Although Mark Hix’s restaurant Tramshed has its own fair share of art – it’s known for an enormous Damien Hirst sculpture featuring a cow and chicken in formaldehyde, which dangles above the dinner tables – he also has a dedicated gallery hidden in the basement of his eatery. The Cock ’n’ Bull gallery generally reflects the tastes of its owner, showing a range of temporary exhibitions by emerging and established talent.
Open In Google Maps
London, United Kingdom
Give us feedback 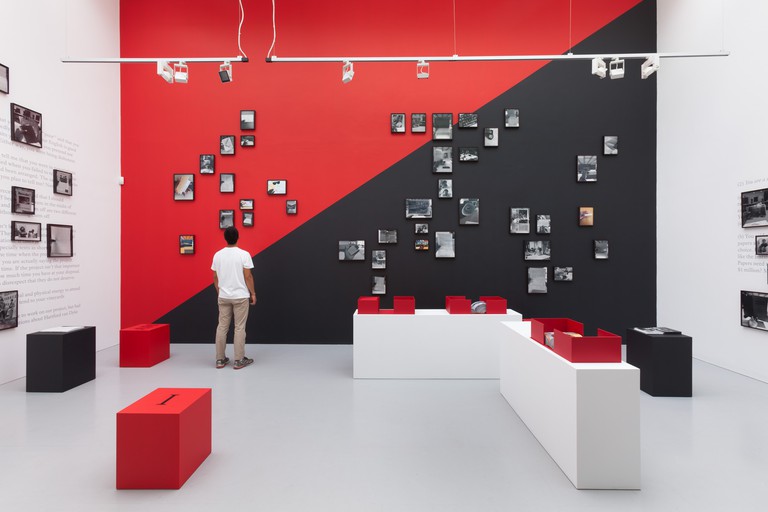 Samson Kambalu, Capsules, Mountains and Forts | Kate MacGarry, 2016
As one of the pioneering galleries to set up shop in Shoreditch at the dawn of the new millennium, Kate MacGarry has been at the forefront of new talent since its original inception on Redchurch Street before moving to the current location just down the road. The gallery represents a number of artists who work in a variety of media, including acclaimed video artist Ben Rivers and the performance-fine art duo Chicks on Speed.
Open In Google Maps
27 Old Nichol Street, Shoreditch, London, England, E2 7HR, United Kingdom
+442076130515
Visit Website
Give us feedback

Cinema
Facebook
Email
Twitter
Pinterest
Copy link
Share
Map View
More than just a cinema, Rich Mix is also dedicated to showing the broad range of arts and culture that the area has to offer. It shows wall-based works as well as organising screenings of art films and shorts, as well as workshops and performances. Most of these activities take place in the Mezzanine Gallery, although they can also spill over into the main spaces, making sure film fans also receive an added dose of visual culture.
Open In Google Maps
35-47 Bethnal Green Road, Shoreditch, London, England, E1 6LA, United Kingdom
+442076137498
Visit Website
Give us feedback 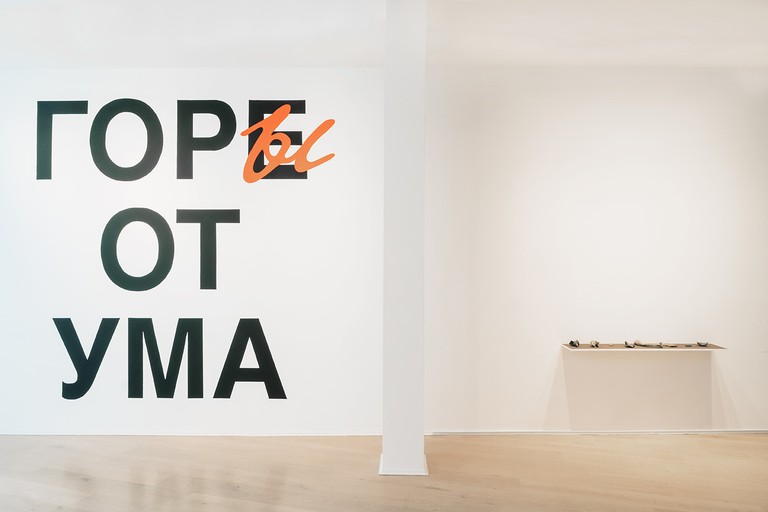 Installation shot of 'The Future is Certain' | Image courtesy of Calvert 22 Foundation. Photo © Nat Urazmetova
This not-for-profit foundation is dedicated to bringing art from the New East (eastern Europe, the Balkans, Central Asia and Russia) to the attention of a UK audience. The headquarters just off of Arnold Circus presents talks, events and exhibitions that engage with historical movements, architecture, design, film and photography.
Open In Google Maps
Give us feedback 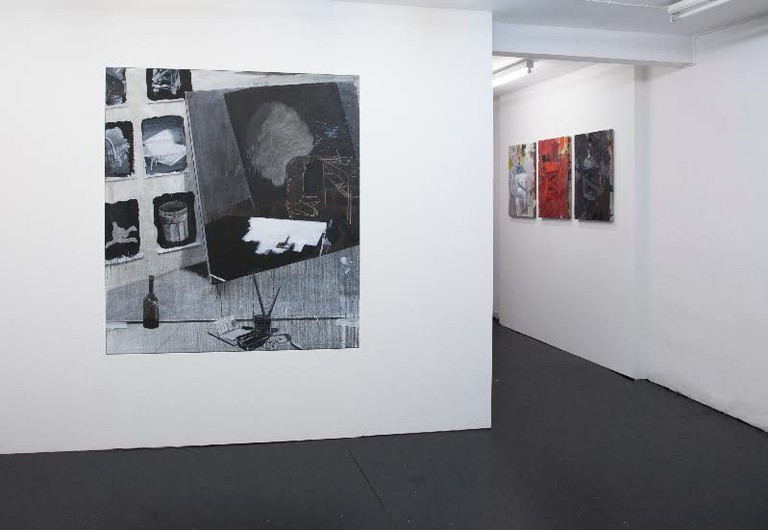 Installation view of Studio 1.1 Gallery | Courtesy Studio 1.1
Redchurch Street was still unchartered territory when this artist-run, not-for-profit space was set up in 2003. Its unassuming, graffitied doorway is suitable camouflage for a gallery who places emphasis on pure artistic integrity. The studio has an extremely international outlook with sister galleries in the Netherlands, Brazil and Croatia.
Open In Google Maps
57A Redchurch Street, Shoreditch, London, England, E2 7DJ, United Kingdom
+447952986696
Visit Website
Give us feedback 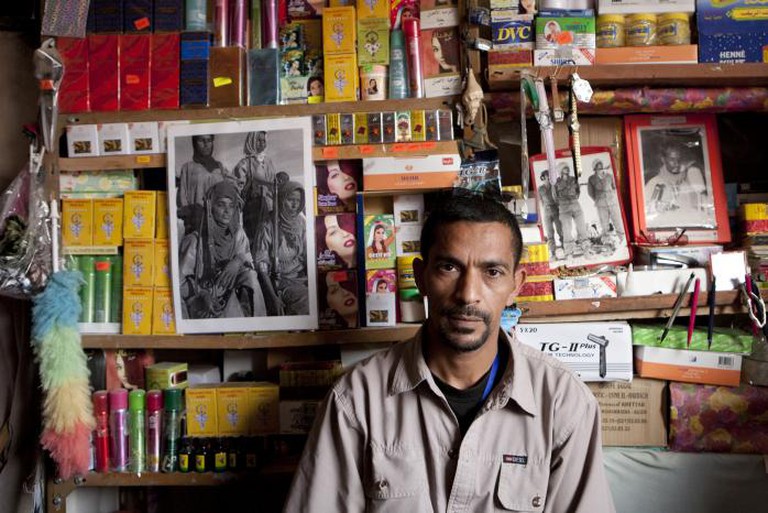