The Best Art Galleries in Mayfair 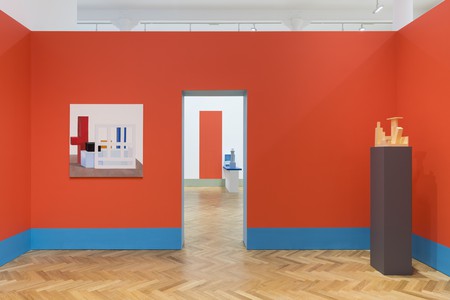 Just moments from London’s busiest shopping district you can find some of the most upmarket galleries around. Whether they are vast, open spaces or more demure, traditional set-ups one thing is for certain, these galleries are dedicated to showing the world’s most prestigious artists.

Art Gallery
Facebook
Email
Twitter
Pinterest
Copy link
Share
Map View
On the corner of the famed tailoring street, Hauser and Wirth operates two large-scale galleries with separate entrances, often showing two individual artists or operating as a whole. The gallery is one of several sites spanning LA, Zürich and the Somerset village of Bruton, showing work from acclaimed artists such as Philip Guston, Mark Wallinger and Phyllida Barlow. The experimental nature of some of their artists has also led to some incredible immersive experiences, including Pipilotti Rist’s Worry Will Vanish show, where visitors were invited to remove their shoes and experience enormous video works while relaxing on giant cushions.
Open In Google Maps
23 Savile Row, Mayfair, London, England, W1S 2ET, United Kingdom
+442072872300
Visit Website
Give us feedback

Sadie Coles has had a variety of London spaces since she set up shop in 1997. She currently operates two galleries in Central London on Kingly Street and Davies Street, the latter of which was designed by 6a architects (a practice known for its collaboration with artists and museums to create incredible spaces) and features enormous floor to ceiling windows. Coles has worked with YBA artist Sarah Lucas since the beginning of her career and has subsequently built up an impressive roster of innovative contemporary artists including Helen Marten, Marvin Gaye Chetwynd and Raymond Pettibon.

With 16 sites dotted throughout the globe Gagosian is one of the best established galleries in the world. The Grosvenor Hill space has transformed a former office block as part of the area’s new regeneration plan. Larry Gagosian made his mark in the 1980s by being one of the first art dealers to show nascent artists such as Jean-Michel Basquiat and David Salle. Now you can expect to find the biggest names in recent art history, from Pablo Picasso to Jeff Koons. 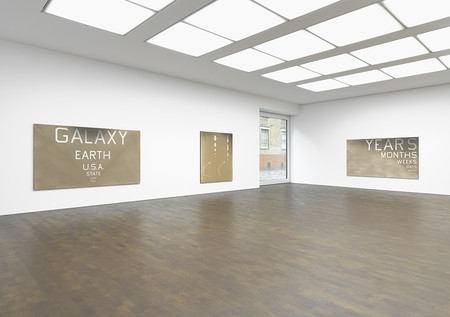 Art Gallery
Facebook
Email
Twitter
Pinterest
Copy link
Share
Map View
Moniker Sprüth and Philomene Magers opened their current gallery on Grafton Street in 2007, following the successful launch of spaces in Cologne. The compact space features a wonderful bay window in the style of a traditional shop front, allowing visitors to peer in from the street. The newly renovated gallery is reopening in September with a show by YBA Gary Hume.
Open In Google Maps
7A Grafton Street, Mayfair, London, England, W1S 4EL, United Kingdom
+442074081613
Visit Website
Give us feedback

Situated across two floors David Zwirner exhibits a huge range of carefully-considered contemporary exhibitions, covering everything from rarely-seen works and archive material from Richard Hamilton time in Cadaqués, Spain to new paintings by Lisa Yuskavage. As well running a full exhibition programme both in London and New York the gallery also focuses on producing books, offering historical critique and collaborations with contemporary artists.

You can find Pace upstairs at Burlington Gardens, sharing a space with the Royal Academy. The gallery was founded in Boston by Arne Glimcher in 1960, when he was barely out of college, but now has seven sites worldwide. As a collector, Glimcher and his wife have lent works to museums throughout the world, while concentrating on establishing the careers of artists such as Louise Nevelson and Agnes Martin through the gallery. The London flagship opened in 2012 with a show pairing Mark Rothko’s dark paintings and Hiroshi Sugimoto’s seascape photographs.

Stephen Friedman Gallery has operated out of the same space on Old Burlingon Street for over 20 years, although apparently Friedman himself caught the art bug early, when he bought his first work at the age of 13. The gallery has exhibited a host of artists including Turner Prize nominees Yinka Shonibare MBE and David Shrigley, while many now-established individuals also had their first UK show here, such as Rudolf Stingel and Kara Walker.

With a focus on international contemporary art Galerie Thaddaeus Ropac shows artists you might not necessarily see elsewhere, such as the hugely successful Swiss artist Not Vital, who famously rarely takes part in museum shows. The London gallery is split across five floors in Ely House, a listed 18th-century mansion, and still maintains many of its period-appropriate features, including decorative mouldings and chandeliers.

Although Victoria Miro opened her first gallery in Cork Street, the current Mayfair location is the younger sister to a much larger, industrial space near Old Street. This more compact site is nevertheless home to some fascinating, contemplative exhibitions, including solo shows and group, thematic presentations such as House Work, which looked at the different ways historic and contemporary artists interpret the idea of the home. 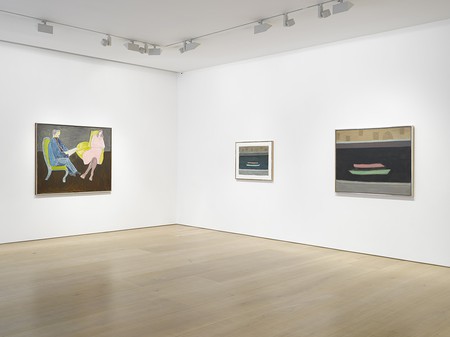 The main focus of Timothy Taylor‘s representation lies in the work of post-war abstraction as well as artists who share the legacy’s principle in their work. This includes the maximalist minimalism of Ding Yi, the meditative canvases of Sean Scully and the ‘outsider’ photography of Diane Arbus. The gallery is situated in the affluent surroundings or Carlos Place, minutes from Hyde Park.

Just off of Regents Street you will find Blain Southern, a gallery that understands the power of window dressing and often leaves its lights on all night, so that curious passers-by can enjoy the shows. It represents a whole host of influential British artists including Jake and Dinos Chapman, Tim Noble and Sue Webster, and Mat Collishaw, as well as plenty of international names. It is another gallery that is not scared of mounting more experimental exhibitions. It recently presented Collishaw’s The Centrifugal Soul which included an enormous optical illusion known as Pepper’s Ghost to create the appearance of a spectral tree, and a fantastic large-scale zoetrope that made it seem as if the room had come alive with flying tropical birds. 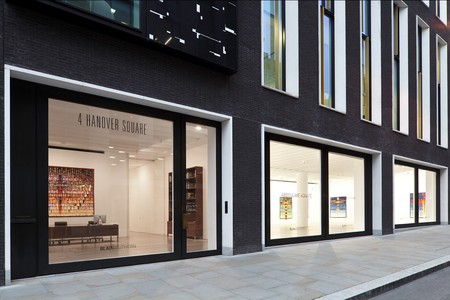