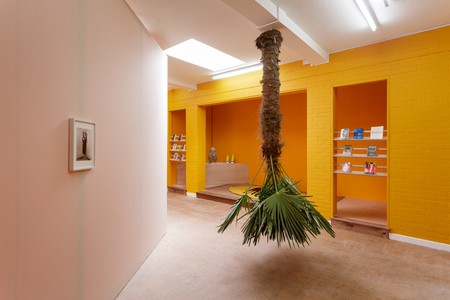 The enclaves of East London have gained a well-earned reputation for cutting edge contemporary art since the 1980s. Nowadays you can find everything from glossy, glamorous white cubes to experimental artist-run spaces. Here’s our selection of the best places to enjoy everything the East End art world has to offer.

This gallery began blazing a trail for contemporary art in the East End back in the 1980s, beginning life in a terraced house on Beck Road, next to London Fields, where many artists had settled. It’s now down the road in Bethnal Green and continues to exhibit innovative artists who work in any medium. Some of the biggest artists in the world exhibited with Maureen Paley early in their career, including Liam Gillick, Gillian Wearing and Wolfgang Tillmans. 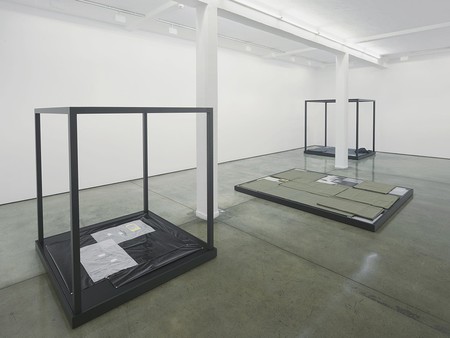 Since opening in 2005, Herald St (named after its address in Bethnal Green) has nurtured emerging and more established artists in its industrial space. The programme has an emphasis on experimentation and playful interaction, covering everything from painting and sculpture to performance. It currently represents 27 artists, including Pablo Bronstein and Djordje Ozbolt. 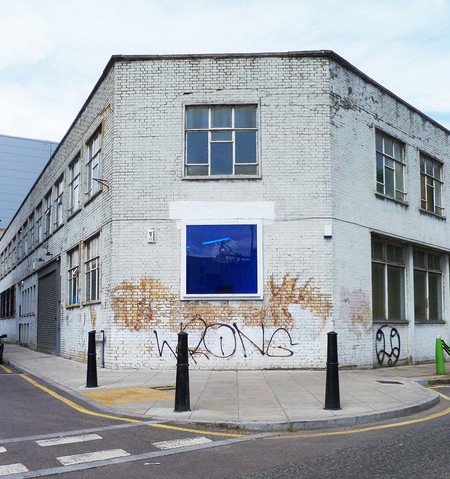 With an emphasis on conceptually-led practices, Carlos Ishikawa has already established a reputation for spotting fresh talent. Director and founder Vanessa Carlos discovered Oscar Murillo way before he became a star, and continues to represent the artist to this day. The gallery itself launched in 2011 and is known as much for its ‘maverick art fair presentations’ as it is for its exhibitions held at its flagship location.

Named after its director, Laura Bartlett is another gallery that has made the successful move to a cluster of industrial units moments away from Bethnal Green tube station – it was previously located south of the river. The impressive space is flooded with natural light due to an enormous skylight, and exhibits every imaginable form of fine art. 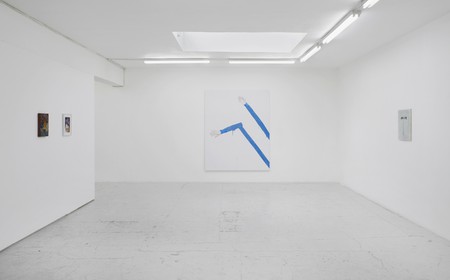 Since moving on from a project space on nearby Wharf Road in 2011 Waterside Contemporary is now tucked away on the residential streets of Hoxton, where it offers a platform for artists from the UK or abroad who share a common interest in political contexts and critique. The gallery also helps to instigate collaborations between artists and runs a publication called the_water_side which includes newly commissioned essays and artist writings.

PEER has recently expanded its gallery at the south end of bustling Hoxton Street, now offering a beautiful, inviting space next to the local post office. The gallery is committed to engaging with the local community and supports public art commissions in addition to its main exhibitions. In 2016 it launched its first annual ‘clock commission’ with a work by Chris Ofili called Black Hands. This new, permanent structure features a street-side pedestal clock which will present site specific work, and is complete with bike parking and new flower beds and trees. 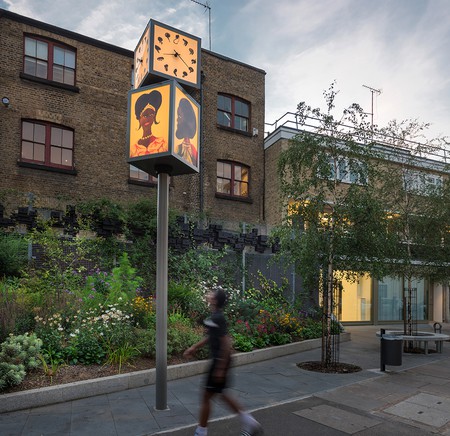 Taking its name from the German word meaning ‘art room’, Kunstraum focuses on artists based outside the UK, in other European cities. The gallery is housed in the same space as ACAVA artist studios just behind Hackney Road, meaning its thoroughly embedded in art production in the area as well as looking abroad. recent exhibitions include Jennifer Tee’s Structures of Recollection and Perseverance which included brightly coloured walls and an enormous upside down palm tree.

Although Flowers covers everything from sculpture to painting it is perhaps best-known for its photography shows. The 12,000 square foot gallery on Kingsland Road is one of two spaces established by Angela Flowers and run by her son Matthew (they also operate a West End branch and a space in New York’s Chelsea district). The gallery represents groundbreaking photographers such as Michael Benson, Edward Burtynsky and Nadav Kander. 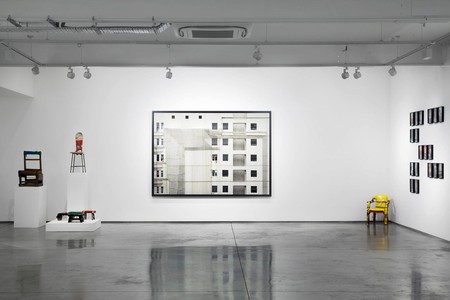 Situated above a pub bearing the same name The Approach has been bringing contemporary art to Bethnal Green for over two decades. Although it began with a focus on supporting fledgling artists at the beginning of their career many of this practitioners have gone on to be internationally recognised. Their current portfolio includes world-famous collagist John Stezaker.

The original Peckham site for this collaborative, artist-run gallery inspired the name ‘Auto Italia South East’, because it was once an Alfa Romeo dealership. The gallery’s present home resides on Bonner Road, just moments from Victoria Park. The organisation has an emphasis on new commissions, collaborative working and experimental projects such as Dream Babes, which investigates the intersection between queer culture, feminism and drag, and Haliweed, which examines codependency in contemporary society. 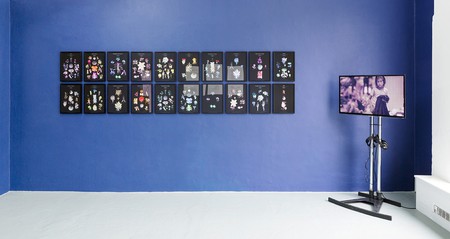 In what seems like miles away from the busy streets of the East End, The Art Pavilion offers a beautiful glass-fronted gallery situated within the greenery of Mile End Park, overlooking a small lake. The vast space is available to hire for exhibitions and events, and has hosted an incredible selection of live performances and shows, including a recent group presentation exploring artists’ relationships to nature.

This former shop front works as a studio space for founders Samuel Levack and Jennifer Lewandowski, as well as an exhibition space. The couple straddle contemporary art and music with their band Das Hund, while also keeping to their strict mantra of only showing artists with no other commercial gallery representation in the UK. 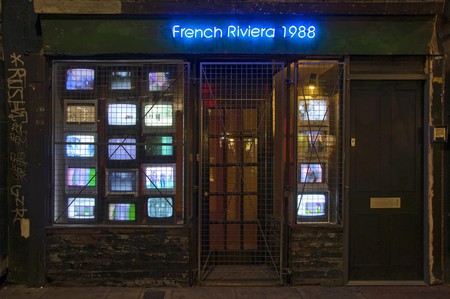 This modest space on Herald Street spends most of its time hidden behind an industrial shutter. The one-room gallery was founded in order to facilitate artist projects and installations that are left-field or experimental. It opened in 2014 with a show by William Mackrell, which featured documentation from his performance piece Deux Chevaux, featuring the famous 2CV car being towed by two horses. The vehicle itself worked as the sculptural centrepiece of the exhibition.

If it wasn’t for the large sign emblazoned across the top of the building Cell Project Space could be easy to miss among the traffic and industry of Cambridge Heath Road. You might also be forgiven for feeling lost when you reach the entranceway, which is somewhat concealed by a collection of sub-tropical plants. The gallery itself started as an artist-run space back in 1999 but is now a registered charity, complete with 10 artist studios on site and hundreds of others throughout London. It has shown work by some of the UK’s best emerging talent including Eddie Peake, Jessica Warboys and Celine Condorelli.

This centre for film and photography has been a valuable resource for over 40 years, offering training, equipment and facilities for new and established practitioners. In the dedicated gallery, Four Corners presents new and archive exhibitions, artist talks and film screenings. 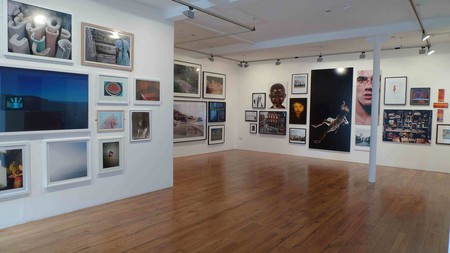 Making its mark with a white-washed façade nestled between a collection of redbrick industrial buildings, Supplement presents carefully considered exhibitions from a small roster of artists, including Ben Cain and Philomene Pirecki. Although it began life as an artist-run space it has recently transformed into a fully-fledged gallery. It also offers artist editions and specialist books on request.