The Art Lover's Guide to Bloomsbury 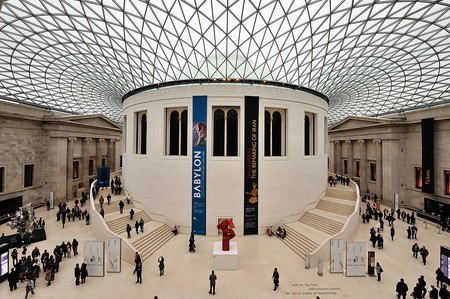 Inside the British Museum | By Eric Pouhier

Wth so much to see around Museum Mile it’s no wonder that the streets are usually packed with tourists. Here’s our guide to everything an art lover could need in the area, from national museums to contemporary spaces, and plenty of places to grab a bite and recharge.

This museum is dedicated to the work of the former hospital that was established to protect babies at risk of abandonment. Philanthropist Thomas Coram founded it in 1739, with help from artist William Hogarth and composer George Frederic Handel. The charity now works as a separate entity while the original site presents a permanent collection of art that was donated to the hospital. It also presents temporary exhibitions that reveal the hidden stories of the charity as well as questioning modern considerations around child welfare.

Insider’s tip: Look out for an unusual permanent sculpture on the fence surrounding Coram’s Fields. Tracey Emin was commissioned by the Foundling to produce a bronze baby’s mitten that alludes to loss and family. 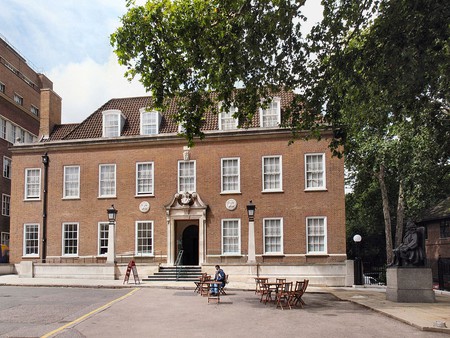 The headquarters of the Art Worker’s Guild are in a beautiful Grade II Listed Georgian building in the heart of Bloomsbury. The organisation was founded in 1884 by architects and designers, who wanted to place fine and applied arts on equal footing, which naturally meant many of the founding members of the Arts and Crafts movement were among the club, leaving their mark on the building’s beautiful interiors.

This vast museum is one of London’s most popular tourist attractions. The impressive neoclassical façade holds a striking presence in the centre of Bloomsbury, and the building houses treasures from throughout the world, including the Elgin Marbles and the Rosetta Stone. A dedicated wing also presents exceptional temporary exhibitions covering everything from the history of the Vikings to Pop Art prints.

Insider’s tip: In addition to large-scale shows the museum also hosts free exhibitions in the Prints and Drawings room. Previous shows have uncovered the delights of Japanese Shunga or new work from contemporary artists such as Maggie Hambling.

Inside the British Museum | By Eric Pouhier

This contemporary gallery promotes a term called ‘transvangarde’, promising to bring the greatest transnational practitioners to London’s attention since 1979. It celebrates the intersection between the visual arts, poetry and writing through its programme.

Paul Stopler gallery counts a brilliant range of British artists among its portfolio, including Damien Hirst, Peter Blake and Jeremy Deller. The gallery is right opposite the British Museum, in a converted shop, complete with traditional frontage.

A new sister space will join Herald Street’s Bethnal Green gallery this autumn, with a spot on museum mile. The gallery’s inaugural central London exhibition will be a solo presentation of work by Turner Prize nominee Michael Dean.

Walk in the footsteps of the artists and writers of Bloomsbury Group with a tour around Fitzroy, Gordon and Bloomsbury Square. There are plenty of blue plaques revealing the house’s most esteemed residents, or if you prefer a more in-depth explanation try one of the many guided walking tours that regularly take place. 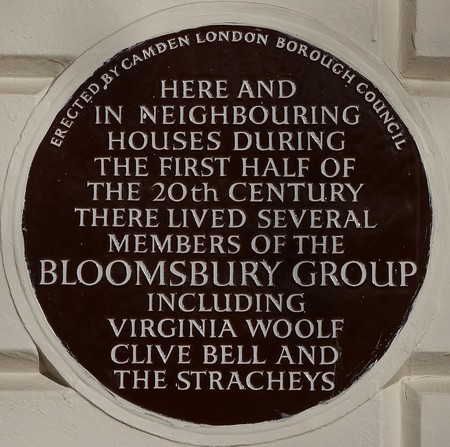 Plaque on Gordon Square | By Edwardx

Enjoy the delights of Sicilian cuisine along the pedestrian arcade. The area is easily recognisable due to its classical columns and features tasty authentic offerings as well as alternative offerings from the likes of the Holborn Whippet and Planet of the Grapes. 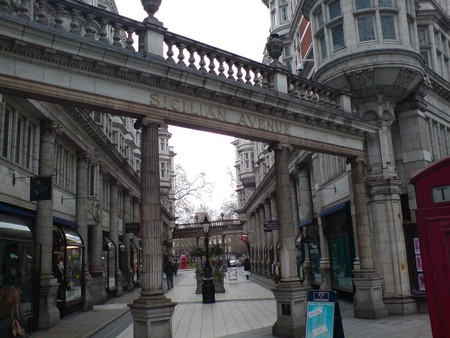 For a quick pick-me-up head to the tiny Espresso Room, where delicious coffee and a few baked goods keep the Holborn crowd going, whether you’re running to your next meeting or gallery hopping.

For a more substantial lunch head to the Mary Ward Café, which is part of the adult education centre and popular with students and the wider public. Expect delicious vegetarian Italian-inspired cuisine including massive salads, pasta and tortillas. 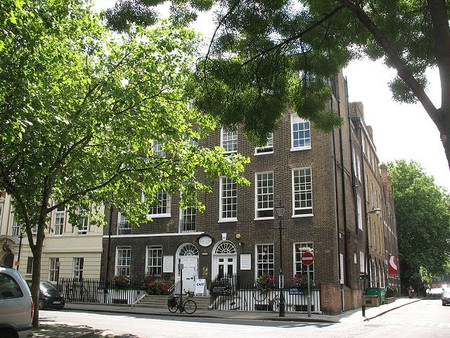 This wine bar and restaurant is dedicated to introducing its patrons to new and under-appreciated wines from around the world. The Parisian-inspired venue is perfect for a quick glass or an indulgent three-course meal, offering up seasonal British dishes. Don’t forget to look out for the namesake’s brilliant magazine too, this innovative publication bring wine loving into the 21st-century with brilliant editorial and fresh design.

If Asian cuisine is more your thing head to Eat Tokyo, where you can order a simple bento box or no-frills sushi and sashimi. While the décor might be minimal the menu is authentic and delicious.