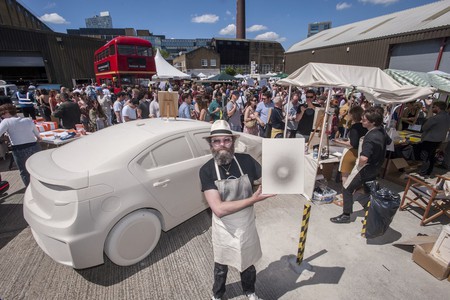 If you go to a car boot sale and come home with Turner Prize-winning artwork, you’ve had an exceptional day out. You can’t argue with that. London’s best least-known affordable art event is back on 16 September 2018.

Keen bargain hunters wont find bric-a-brac, miscellaneous tat or general household utilities at the Art Car Boot Fair. But if you’re in the market for original art by the likes of Sir Peter Blake, Pure Evil, Juno Calypso or Blek le Rat at knocked down prices, then this is the event for you.

Somewhere between a fete and a bazaar, this unique one-day festival, which was set up in 2004 by Karen Ashton, has presented work by hundreds of famous artists – many of whom are Turner Prize winners – as well as emerging young talent over the years. 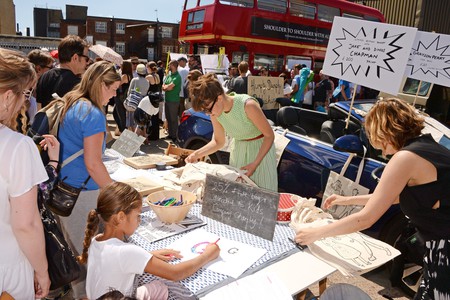 The 2018 fair promises to be just as exciting with yet another impressive line-up of artists, including Sir Peter Blake, Billy Childish, Boo Saville, Bob and Roberta Smith, Pam Hogg, Ben Eine, Polly Morgan, Rob and Nick Carter, Rachel Howard, and Mat Collishaw, all making work that responds to this year’s theme of “The Cross”. 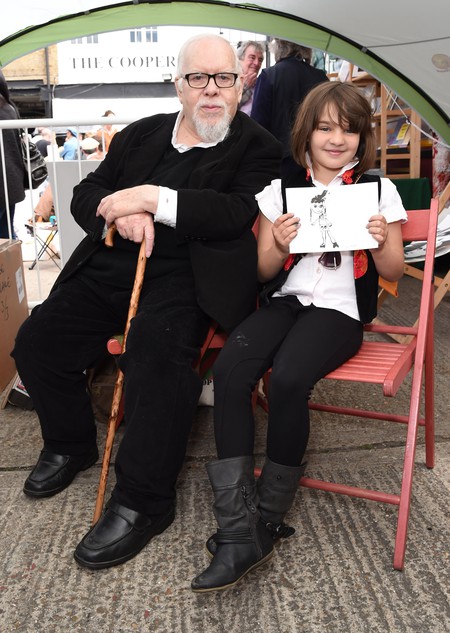 Turning the premise of a flea market on its head, you’ll find the artists selling specially made works, limited editions and original pieces all from their car boots or stalls.

In previous years, there’s been live printing, wearable art, public discussions and a raffle to win art worth £8,000. 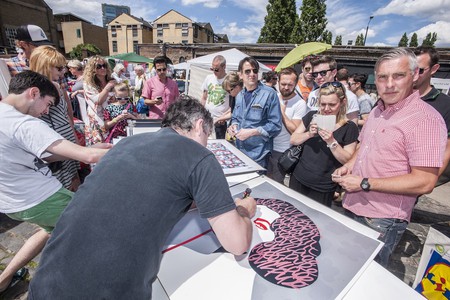 To celebrate the fair’s 15th anniversary they are launching two new initiatives, the Art Cycle Basket Fair and Art of the DJ at their new location in Granary Square.

“The Art Cycle Basket Fair came about because we are embracing a more eco-friendly future and also our cycle editions can access a greater range of interesting urban spaces,” says Ashton.

“This new event will celebrate art on a bicycle, the art of the bicycle and the bicycle as art. It seemed a fun way to develop our key ethos of bringing art to the people, and to offer people the chance to snap up an artwork by up-and-coming and emerging artists.” 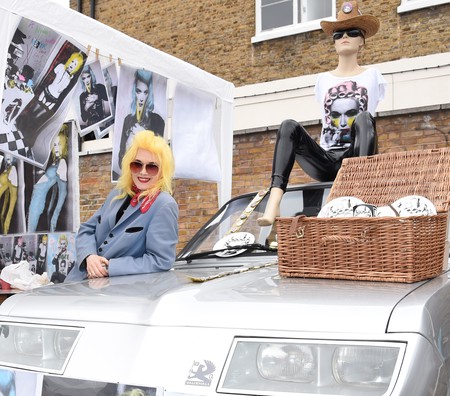 The emerging artists taking part in the Art Cycle Basket Fair have been recommended by Art Car Boot Festival veterans such as Sir Peter Blake and Gavin Turk. 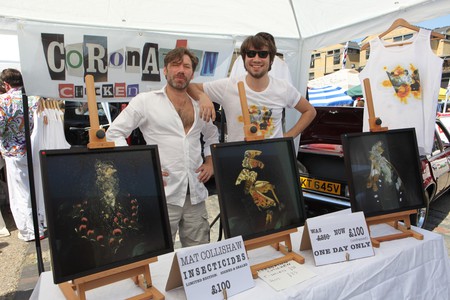 For Art of the DJ, the Art Car Boot Fair has collaborated with the Black Door Agency to curate an afternoon of DJ sets from Kevin Rowland of Dexys Midnight Runners, Justin Robertson, Miranda Sawyer and Lulu Levan, and Andy Weatherall, who will also be selling exclusive 12″s and woodcuts.

There will also be other entertainment in the form of a bicycle-powered cinema, a faux taxidermy workshop, interactive events from Mr Bingo and Andy Leek (AKA Notes to Strangers), and performance from a knitted swimsuit dance troupe.

And for anyone feeling romantically inclined as well as charitable, you can have a poem read to someone of your choice with Choose Love Send a Poem, which will aid the work of Help Refugees, an organisation that provides resources for refugees affected by ongoing conflicts. 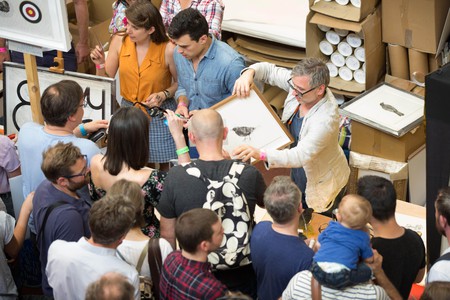 Want to see more art in London? These are the art events in the capital not to be missed.