The 10 Unmissable Works to See at Tate Britain 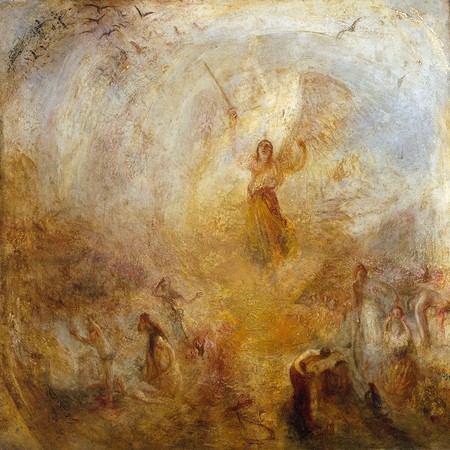 Tate Britain tells the unique history of Britain’s incredible contribution to art, whether it be the romantic paintings of the Pre-Raphaelites or more contemporary critiques of our society. Here’s our guide to the show-stopping highlights that call this gallery home.

Millais’ haunting depiction of this doomed Shakespearean heroine is nothing short of iconic. It captures the moment from Hamlet when Ophelia, driven mad by the fact that her lover has murdered her father, drowns herself in a stream. She is surrounded by a series of symbolic flowers, with violets signifying chastity, poppies death and willows, nettles and daisies innocence. As a member of the Pre-Raphaelite Brotherhood, Millais was dedicated to observing natural beauty in the world around us, but also in the guise of beautiful, women. Elizabeth Siddal (who later married Rossetti) modelled for the painting. She was required to pose over a period of four months, lying in a bath of water. The experience led to her contracting such a severe cold that her father threatened to sue, unless the artist paid her medical bills. 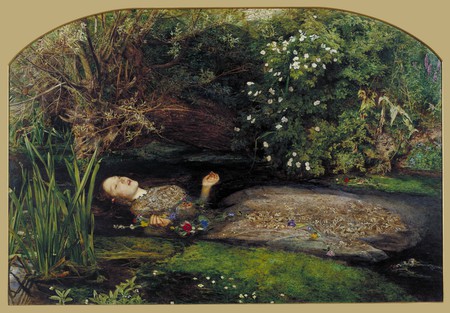 With its beautiful drapery this sculpture recalls ancient antiquity, while also enforcing Moore’s specific strand of modernism. It is one of several casts that feature a figure with distorted proportions, with an overly broad torso and block-like head. The unusual, frozen pose was an exercise in formalism, and has more than a nod to the Elgin Marbles. Both share a sense of life-like movement, as if they have been frozen in time. 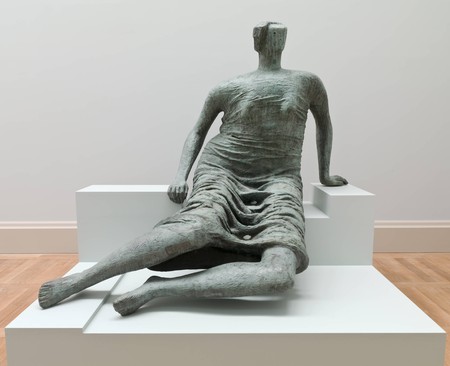 The British pop artist’s controversial ‘furniture’ series has caused outrage for its fetishisation of the female body, ever since the three pieces were first exhibited in 1970. Along with Chair, the artist produced a table and a hat stand, presenting full-sized, busty mannequins in similarly erotic poses. The former has become the most infamous due to the fact that it was vandalised with paint stripper during Tate’s 1986 exhibition Forty Years of Modern Art. The sculpture still has the ability to shock today, with some claiming it symbolises female oppression, while others view it as an important object in the canon of art history. 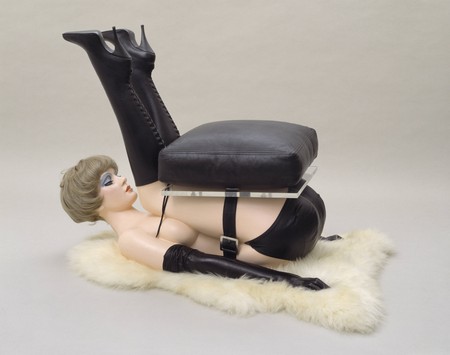 The name LS Lowry is synonymous with industrial British scenes populated with his characteristic ‘matchstick men’. Although his paintings were rooted in realism, depicting the lives ordinary communities in urban Northern towns dominated by factories, he actually preferred to work straight onto a blank canvas, building motifs as he went along. The artist described painting this work: ‘I hadn’t the slightest idea of what I was going to put in the canvas when I started the picture but it eventually came out as you see it. This is the way I like working best’. 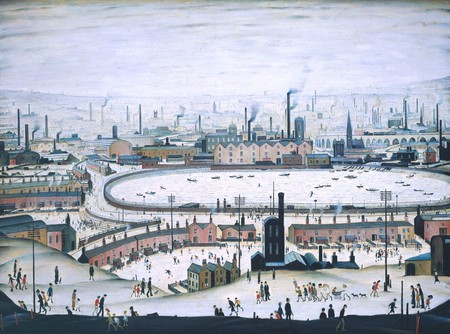 Despite its optimistic title, this painting is riddled with ambiguity. The blindfolded figure appears forlorn or exhausted, holding a lyre that has had all but one of its strings snapped. Watts was known for creating phantasmagorical works that transcended any particular time or place, and here this isolated woman appears seated on top of an indistinguishable globe. It is one of two allegorical pieces created by the artist and his assistant, but this second version was deemed superior due to the wonderful expression on the woman’s face, as well as the removal of a small star, which rendered the work’s symbolism too heavy-handed. 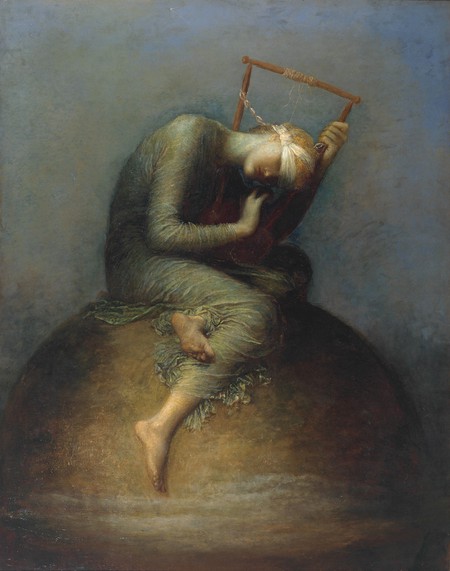 As well as exposing the darkest echelons of the mind Bacon was also interested in pictorial space. As such he often employed a framing device that not only isolates the subject, but also invites the viewer to look beyond the realms of figuration. The facial features of this twisted, anonymous model are heavily over-painted, leading to a multi-faceted disjointed face. This treatment became a trademark of the artist during this period and alludes to the fractious fragility of humanity. 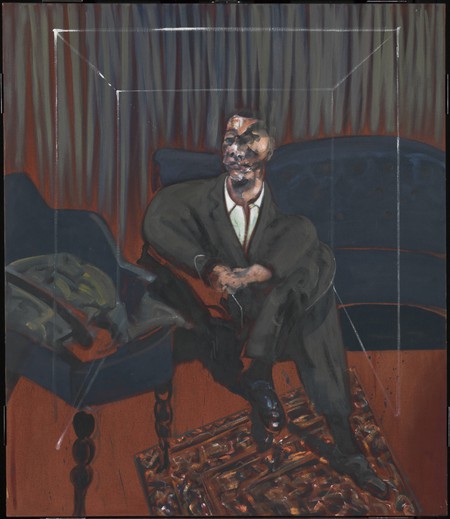 As Turner entered the final years of his life he became preoccupied with notions of death, as well as biblical stories of righteous retribution. This painting combines his glorious mastery of light and colour, which had become a cause for much controversy in the eyes of his critics. Many fellow Royal Academians deemed his new fluidity crude or vulgar, but Turner was devoted to this new way of seeing the world. In this work the Archangel Michael wields his sword, ready to smite the sinners below. The gorgeous, swirling sky appears to be on fire, and Turner uses the lightest touch of his brush to allude to the terrified crowds attempting to flee from the inescapable chaos.

When Hockney first arrived in California a year after graduating from the Royal College of Art, he was surprised to discover that everyone had a swimming pool – a startling concept for a young man used to chilly, austere life in Britain. Pools quickly became a recurring theme for the artist, as he was fascinated with trying to represent water. This painting is the largest of three ‘splash’ works, which all depict 1960s architecture coupled with dramatic, bold colours. The work is currently on display at the Pompidou in Paris and will also tour the Metropolitan Museum of Art, before returning home.

This dramatic sculpture depicts the Greek legend at the moment when Perseus saves Andromeda from being devoured by a sea monster. He holds the severed head of Medusa, who has the power to turn any creature to stone with her gaze, as well as a sizeable dagger. The unusual composition balances each of the three figures on top of each other, with poor Andromeda chained to a rock, beneath the battle. Due to the size of the sculpture it was moved permanently outside in 1911, much to the artist’s consternation. 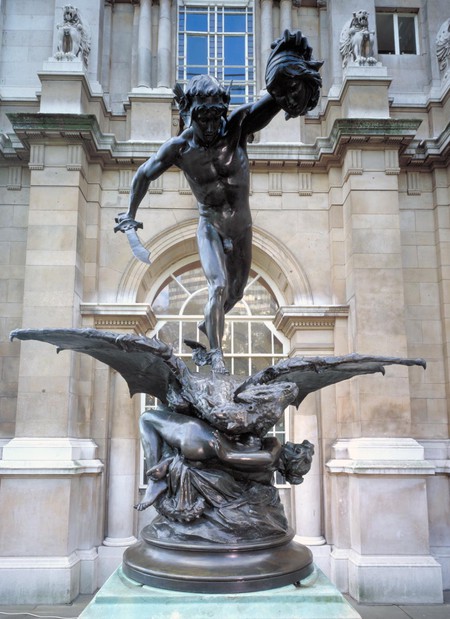 'The Rescue of Andromeda', 1893, Henry C Fehr | Presented by the Trustees of the Chantrey Bequest 1894

This enormous painting is a tribute to the mother of Stephen Lawrence, who was murdered in a racist attack in 1993; it won Ofili the Turner Prize five years later. Doreen Lawrence’s weeping profile is set against a collaged backdrop made from cut-up reproductions of a Bridget Riley painting, and each of her large tears contain an image of her son. The canvas is propped up on two large pieces of elephant dung, a material that Ofili used extensively in his early works. As well as recalling a specific, horrifying event the piece also alludes to universal grief. 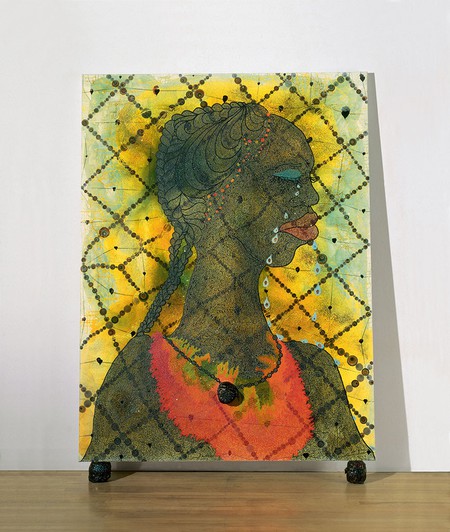