The 10 Best Running Routes in London 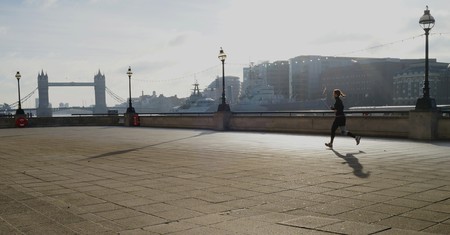 London, being relatively flat, is the perfect place to pick up your pace for everything from a lunchtime jog to a long weekend run. We bring you our favourite trails, taking in royal parks, woods, canals and railway lines along the way.

Regent’s Park has one of the most pleasant inner-city runs in London, with running tracks covering about five kilometres (three miles) of parkland. There are showers and toilets at the Hub sports facility. You can also add on a loop of nearby Primrose Hill for a more intense workout. The latter can be very steep, but the views of the city from the top are spectacular. 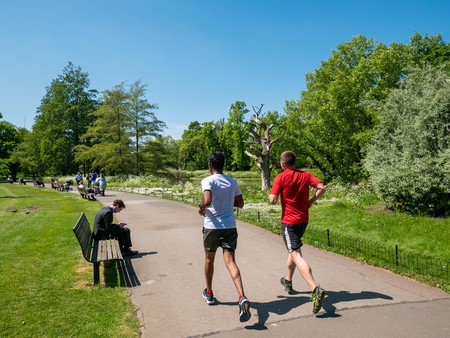 This is a simple route that takes in the River Thames and plenty of London’s incredible landmarks along the way, including Tate Britain, the Houses of Parliament and Somerset House. Starting from Battersea Power Station, cross onto the north side of the river and follow it until you get to the Tower of London. Head across Tower Bridge and come back on the south side of the river. You can end back in Battersea Park, or venture a little further into leafy Putney if you want to make your run slightly longer. 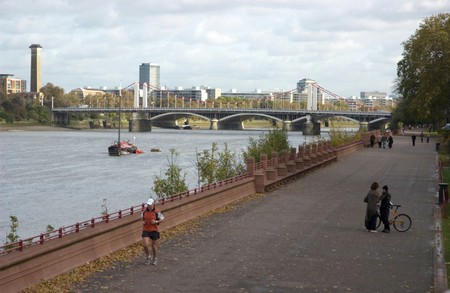 There are so many green spaces in the southeast of the city that there are multiple options for the start and end point of your run. However, both Crystal Palace and Herne Hill train stations are good choices, as they are easy to get to and from and have plenty of great cafés, restaurants and pubs nearby. Brockwell Park and Crystal Palace Park can both get quite steep if you’re looking for some elevation, and while there are parts of the route that require you to run on the road, these cut through the impressive grounds of Dulwich College. 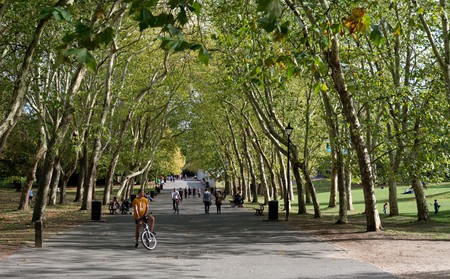 This huge royal park offers plenty of trails through the woods and fields, but most people do the long perimeter run on the Tamsin Trail. You can run anywhere your legs will take you, but this particular trail is a good starting point from which to get your bearings. 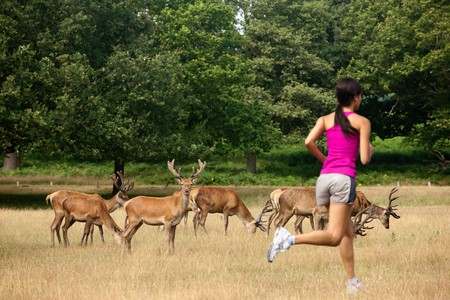 Discover a different side of East London by heading out along the towpaths. Start at Limehouse Cut and go past the Olympic Stadium and Victoria Park until you get to Broadway Market. Keep going and you’ll eventually end up in Angel, where the towpath abruptly ends. 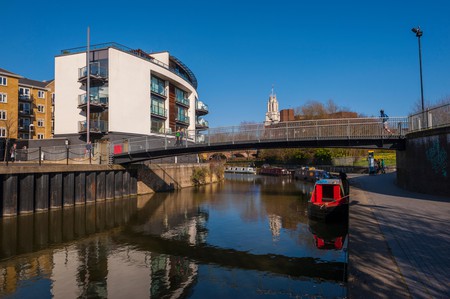 Victoria Park is the green jewel in East London’s crown. Big enough to host a number of different festivals, it is speckled with cafés and ponds and has a scenic loop of paths that keeps you almost entirely off the streets. The route you take is entirely up to you; one full loop of the park is just under eight kilometres (five miles). 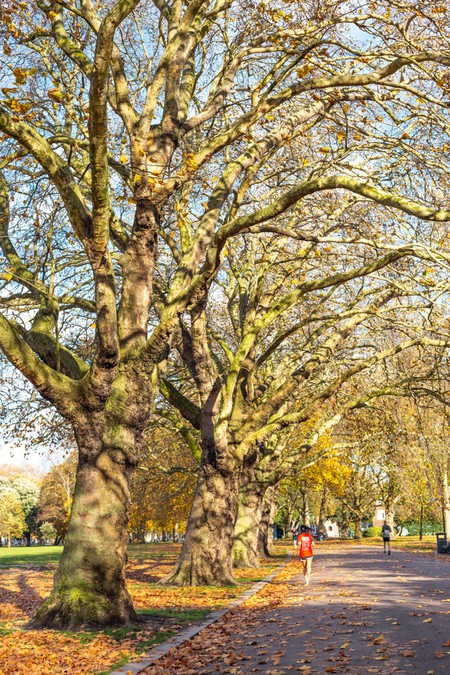 This is a figure-of-eight course that takes in many of central London’s green spaces, including Kensington Gardens, Hyde Park, Green Park and St James Park. You’ll be running between Buckingham Palace and Kensington Palace, and then back again – a route fit for royalty. 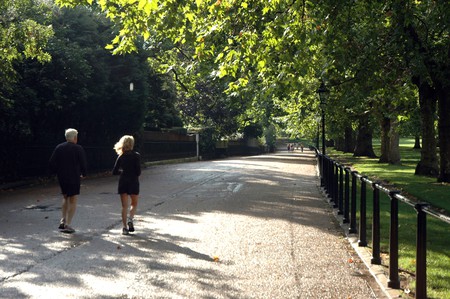 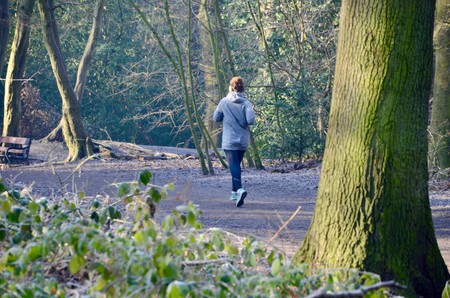