Take a Ceiling Tour of This London Masterpiece 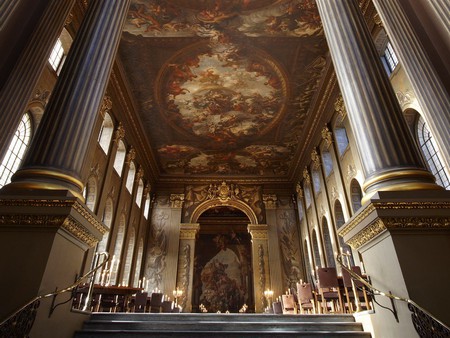 You have until the end of September 2018 to take a unique ceiling tour of one of the UK’s most resplendent decorative paintings in Greenwich, London.

Adorning the ceiling of the Old Royal Naval College’s Painted Hall is Sir James Thornhill’s allegorical painting The Triumph of Peace and Liberty Over Tyranny, which explores a variety of subjects including monarchy, religion, politics, commerce and astronomy.

The painting is currently undergoing major conservation, but visitors can take a ceiling tour by ascending 60 feet to an observation deck. There, they can discover this masterpiece up close and appreciate many of the finer details in an intimate setting. 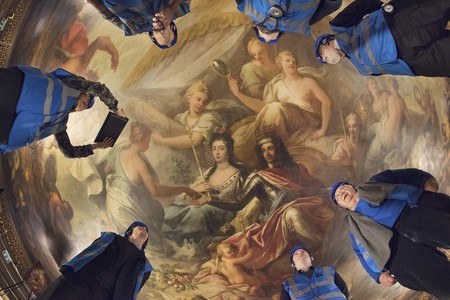 “The Painted Hall is one of Britain’s greatest architectural and artistic treasures, but it is too little known,” says conservation director William Palin. “This project aims to raise it to the national and international prominence it deserves, providing a transformed and enriched visitor experience.”

Painted between 1708 and 1712, Thornhill’s Baroque masterpiece is framed within trompe l’oeil architecture and focuses on peace and liberty. It features centrally positioned portraits of William III and Mary II, patrons of the Royal Hospital for Seamen, of which the Painted Hall is part. The couple is surrounded by numerous allegorical symbols, including concord, Europe, time and the cardinal virtues of prudence, justice, temperance and fortitude, most of which are portrayed in female form. 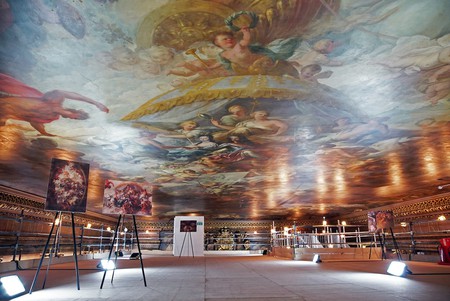 The Painted Hall during a tour | © ORNC, photo: Andrew Thompson

An interesting aspect of this central group is how the triumph over tyranny is portrayed. From the normal viewing perspective on the ground, the subtlety of Thornhill’s composition might be lost, but from the viewing platform you can clearly see Louis XIV of France being trampled by King William’s feet. This represents the Protestant constitutional monarchy’s triumph over Catholicism following the Glorious Revolution of 1688.

Beneath this grouping, the Spirit of Architecture points towards Sir Christopher Wren’s design for the Royal Hospital, included as a reminder that money was still required to help complete the complex. 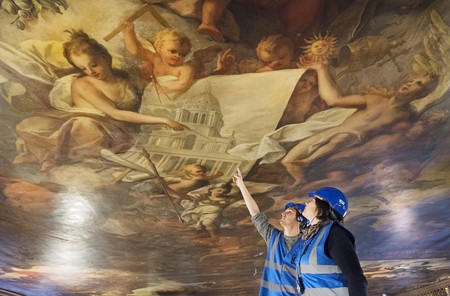 The ceiling of the Old Royal Naval College’s Painted Hall can be admired from a 60ft viewing platform | Photo: Linda Nylind

Also featured is a portrait of John Worley, one of the first pensioners admitted to the hospital. The spirited 96-year-old Greenwich resident who spent 70 years at sea is elevated to represent winter. Meanwhile, John Flamsteed – the first royally appointed astronomer and creator of a groundbreaking star atlas – is depicted with his assistant Thomas Weston to show the importance of astronomy in maritime navigation.

Other aspects of this extraordinary painting that cannot be appreciated from ground level are the small details left by previous conservators. A typical custom is for conservators to sign their handiwork. If you look closely at Queen Mary’s chest, you can just make out the faint residue of a previous conservator’s signature. 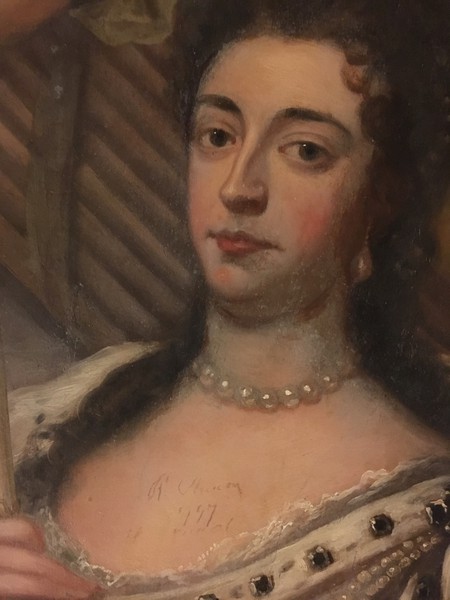 With conservation work due to be finished in the next two months, this is your last chance to take a once-in-a-lifetime ceiling tour on which you can see conservators at work and learn about the densely packed narrative of the Painted Hall.

Here’s a taster of what you can expect to encounter on your hard-hat tour. 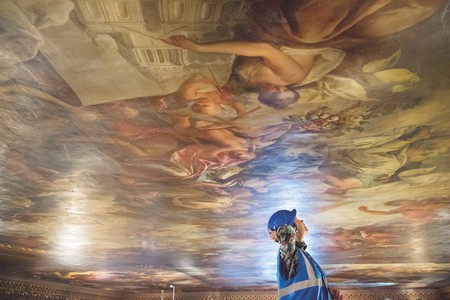 A visitor on a Ceiling Tour | Photo: Linda Nylind 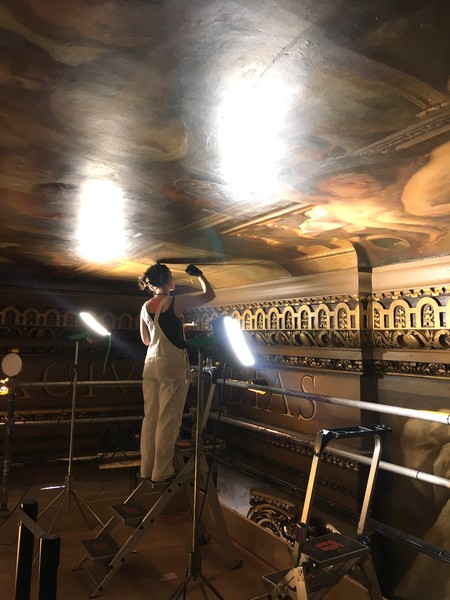 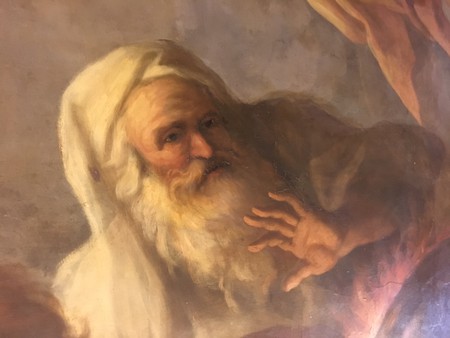 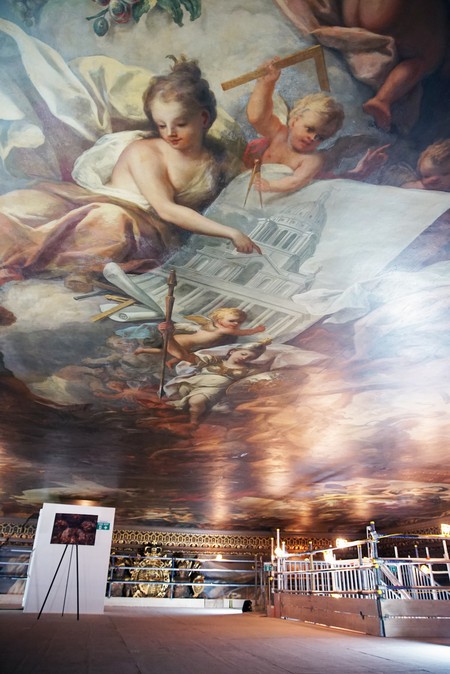 The Spirit of Architecture points at the design for the Royal Hospital of Seamen | © ORNC, photo: Andrew Thompson 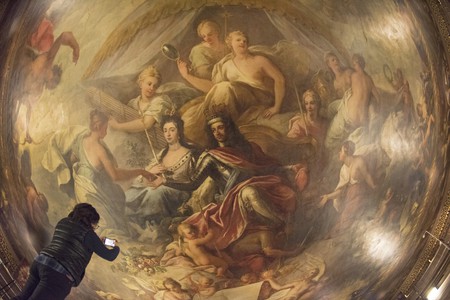 Want to see more art in London? Here are the blockbuster exhibitions not to miss