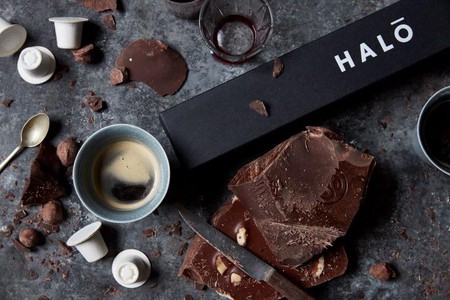 Halo Coffee has just launched the world’s first coffee pod you can throw away without feeling guilty.

With over a third of UK residents now owning a coffee pod machine, it’s clear the technology isn’t going anywhere for a while. Sadly, also not going anywhere for a lot longer are the aluminium capsules. Most of us just toss these in the bin, despite the best efforts by machine manufacturers to get get us to post them back to them for recycling. These discarded pods eventually end up being sent to landfill sites, where they take over 200 years to break down. 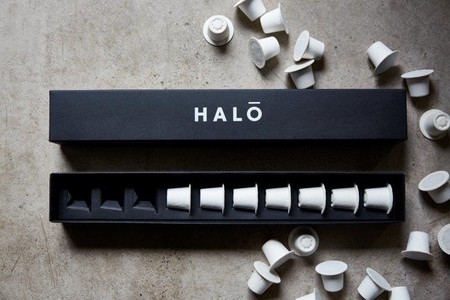 Hoping to change that is Halo Coffee, who have just launched a fully biodegradable capsule made from 100% natural fibres including bamboo and paper, that you can throw in the bin, or even better, onto the compost heap. There they’ll breakdown in just 90 days.

The Digital Landfill from Halo Coffee on Vimeo.

‘There is an unspoken suspicion that products good for the planet must somehow taste less good, or be less beautiful,’ said Nils Leonard, Halo co-founder, adding, ‘We’re on a mission to give people the world’s best coffee, in a way that’s best for the world.’

Halo believes that aluminium pods will be banned soon. We’ve already seen this happen in Hamburg, Germany, where the local authority has banned coffee pods from all state buildings in an attempt to reduce waste.

• 1976: coffee pod Invented by Eric Favre, an employee of Nestlé

• In 1994, actor George Clooney comes across a machine at a winter chalet in Chamonix, he goes on to become the face of the brand

• Today Halo estimate that 13,500 capsules are sent to landfill, every minute

• There are over 30 billion aluminium coffee capsules in the world

• The Nespresso concept, including the machines, capsules and services, are subject to 1,700 patents