Sports You Can Do on the Thames Today 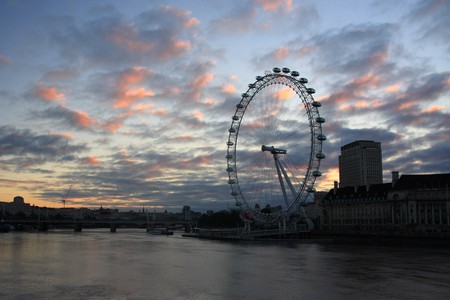 From the North Sea right to the sleepier parts of the home counties, the Thames is the lifeblood of London. But rather than admire it from dry land, there are a load of different sports to be done on the river itself.

One of the best ways to see London and its beautiful sights is to kayak down the Thames, weaving under the bridges as you go. A number of companies offer ‘tours’ where you can kayak as a group (with races among yourselves), along with the instructors. Kayaking London organises a route that goes with the tides, from west to east and back again, going with the tide as you go and coming back as it changes.

Groups can row from Chelsea to Big Ben, taking in the House of Parliament, Lambeth Palace and the London Eye all from a perspective they’ve never experienced before. 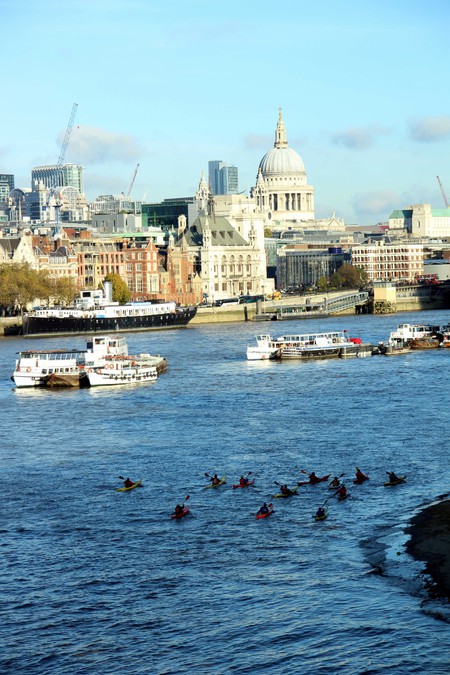 Where on the Thames you can sail all depends on the vessel, because the width and depth of the river alters significantly and there are, of course, the varying bridges to manoeuvre through. Most parts of the river will allow dinghies, but for yachts you need to be in the lower reaches.

Because so many different boats – including ferries and commercial vessels – use the Thames, there are regulations and bylaws that need to be adhered to if you want to set sail.

Of course, rowing. The Thames is home to The Boat Race, held annually between Oxford and Cambridge universities since 1856 and run from Putney Bridge to Chiswick Bridge, so rowing is a staple of the British sporting calendar. While competing in the race itself may be a little far fetched, there are a number of rowing clubs dotted along the river that are open all year round.

To the east there are clubs at Shadwell and Poplar, as well as Curlew and Globe rowing clubs near the Old Royal Naval College, while those wanting to sample the Boat Race course can head west. There are seven different rowing clubs based near the race’s start, and other options in Chiswick and Barnes. 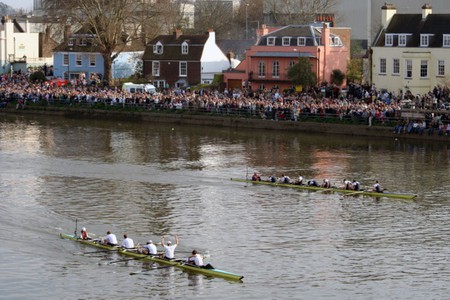 Although you can’t just jump in and swim anywhere, there are places on the Thames where you can swim. The busiest part of the river – between Putney Bridge and Crossness in Thamesmead – requires prior permission, but elsewhere is absolutely fine. That said, it’s important to be aware that currents can be quite strong and you will be sharing the water with fish, vegetation and whatever anyone has decided to throw in there. And it will be cold – very cold.

For a calmer, more sedate time on the river, with less swallowing of algae going on (you don’t even have to get wet), paddleboarding has you covered. Paddleboarding works brilliantly because it’s a relatively easy sport to learn and keeps you fit. It also provides a great variety of activities within the sport itself; you can do organised races or even SUP yoga.

Active 360 organise lessons in Kew, Putney, or Brentford, while Wakeup Docklands does similar in the waters of Royal Victoria Dock. 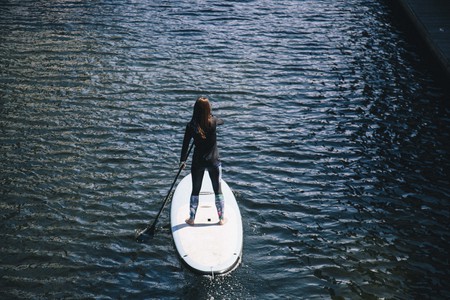 Wakeup Docklands also do wakeboarding. While you may still be standing on a board, this is everything paddleboarding isn’t. The sport is “developed from a combination of water skiing, snowboarding, and surfing techniques.” It’s done at high speed and, if you’re good enough, can incorporate jumps and flips as you criss-cross the wake created by the boat that’s pulling you along.

As mentioned briefly above, the river does have strict speed limits which means no power boating in certain spots. You can still drive a powerboat, but no faster than a few miles per hour. To open up it properly you can head to somewhere like Thames Jet, which will take you from Westminster to Canary Wharf and back, they might even throw in some tricks at speed as well. Alternatively those wanting to learn, rather than be driven, can sign up for membership at the London Powerboat School and be taught by professional instructors.