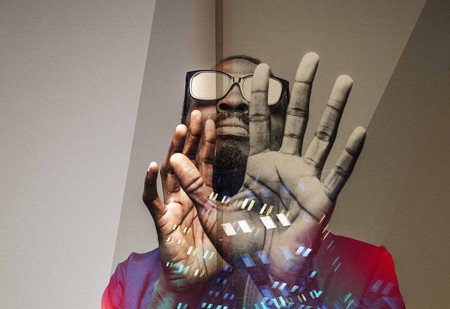 Ahead of the release of their second album Last Night, London-based group Benin City discuss combining spoken word with their distinctive sound, and the poetic allure of London’s vibrant nightlife.

The opening track on Benin City’s new album is a dark, pulsating number. Over growling, syncopated bass rhythms, the band’s lead singer – poet Joshua Idehen – describes a London dance floor decorated with ‘black bags and tinted eyes’, ‘spilled drinks’ and ‘bare feet on the asphalt.’ It is, as he later describes, a ‘warehouse party paradise’.

Benin City identify as a group with roots in spoken word and jazz funk. After a critically acclaimed first album and a sold-out show at Roundhouse in London in 2017, the group have already gained some considerable industry attention. As well as poet Idehen, the three-piece band is made up of vocalist Shanaz Dorsett and multi-instrumentalist Tom Leaper whose tenor saxophone melodies permeate the record. Former ravers, bar staff, clubbers and nighttime people-watchers, the trio have come together to produce what they call ‘an ode to London nightlife’, exploring its dizzying euphoria and gritty baseness.

But their new album is not only a creative reimagining of London nightlife, but a project of memorialisation. As London’s hidden drinking holes are finding it harder to manage the capital’s rising rent prices, Benin City wanted to pay tribute to the spaces from which they drew so much inspiration. To get a deeper sense of this compelling combination of word and sound, we spoke to frontman Josh Idehen on London nightlife, performing live and the creative process behind their art.

Culture Trip: Last Night is released on June 15th. Can you tell me how this album has come together, and what themes it looks to explore?

Benin City: Tom and I thought it’d be a good idea to write about the same night through a sliding-doors-esque duality, that is, happy end-sad end, which became our Midnight Malarkey EP. Around that time, we heard about the closing of Vibe Bar and Plastic People. Tom mentioned how a lot of the spaces we performed at or had our best experiences at were gone, and it was that act of reminiscing that informed the album’s creation. The last track ‘All Smoke, No Fire’ came together just after Passing Clouds was closed.

CT: Why did you choose to explore London nightlife in your latest album?

BC: I used to work as a bartender for 10 years. Most of my experience of nightlife has either been observing or in service to. I got to interact with people from all walks of life, and watch their barriers slowly fade as the night wore on and the alcohol flooded up; formerly uptight people lose themselves in each other. London is just a better place at night. 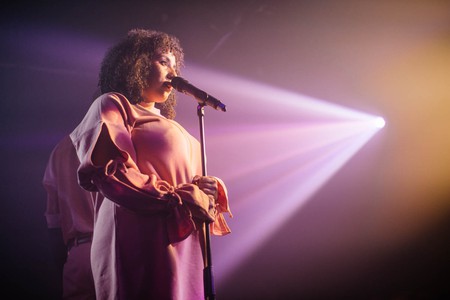 CT: Can you tell us about your creative process as a group? How do you go about pairing sound with words?

BC: It’s often always the music first. Tom, Shanaz and I collate a playlist of what we’re digging, to get a sense of sounds and genres. I share basic song ideas from GarageBand; Tom being the composer and arranger turns them from from scratches in the dirt to actual music, and Shanaz is the fastest writer in the west.

CT: Why do you think this artistic form – combining spoken word and music – is most apt at telling stories about London nightlife?

BC: There isn’t a rulebook, there isn’t a roadmap, you’re under very little commercial pressure. I doubt any poet ever committed a poem to music with the express desire to make it a hit single. And with that you have the freedom to talk about whatever, whichever way you want… break out of a rhyme structure, or build a rhyme structure out of the most radio-unfriendly word you can think of, or don’t rhyme at all. 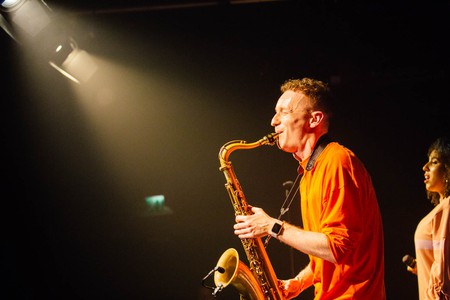 CT: ‘Take Me There’ makes for a really vibrant and compelling opening. How would you like your audience to feel as they enter into the record?

BC: We take our live shows seriously, and we are abundantly aware of the audience and want everyone to have a good time. Spoken word as a first track was a bit of a gamble. When we performed it at South by Southwest there was the extra worry that, as Austin audiences, they may be so removed from our experiences they won’t be able to connect. But lo and behold, people are generally switched on to it, at the very least intrigued, at the very most, excited. Its a good feeling.

CT: Is there a single lyric from one of your songs that best represents the entire record?

BC: ‘It’ll never get better than this.’ I stole it from a very drunken customer when I used to work in bars. She said it to me every hour, on the hour, after the DJ had played another one of her favourites. At the last song of the night, she was outside, on the phone, crying on the pavement. I guess at some point she was right, and this record is ultimately about a peak and the aftermath. 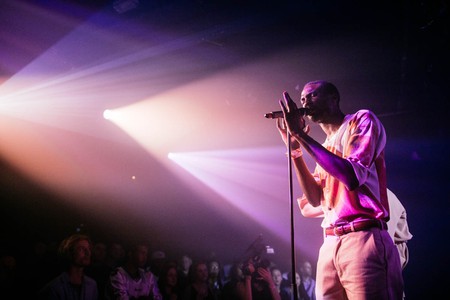 CT: What is the story behind your name, Benin City? What is the connection between that place and your sound?

BC: I’m from Benin City. That’s it. We’ve always had London in our sound but as the child of an immigrant, I try to spice every idea I come up with.

CT: What’s next for Benin City?

BC: We only just started playing with ideas… the musical landscape is hella different from 2014, when we released ‘Bus’. Nothing is for certain but something we definitely want to play with is a few restrictions, limitations, focus. It’s never been my strong point but old dogs can learn, you know.