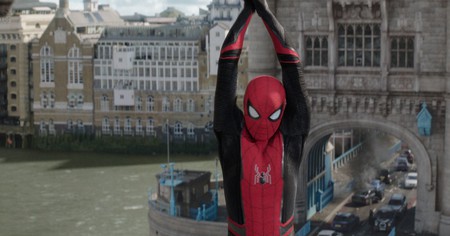 Tom Holland’s arachnoid alter ego is back for another adventure in Spider-Man: Far From Home, and as the title suggests, this time everyone’s favourite web-crawler is leaving his New York pad behind to embark on a school trip with a difference.

In Spider-Man: Homecoming (2017), we see Peter Parker (Tom Holland) adapting to life as a superhero and part-time Avenger. Having already taken part in an unforgettable battle in Germany in Captain America: Civil War (2016), Parker can be seen hanging out in Queens impatiently waiting for his next mission. Spider-Man: Homecoming was shot in Atlanta, but Spider-Man’s neighbourhood has been firmly established as the Big Apple. One of the standout sequences saw Parker battle Michael Keaton’s villainous gang aboard the Staten Island Ferry. 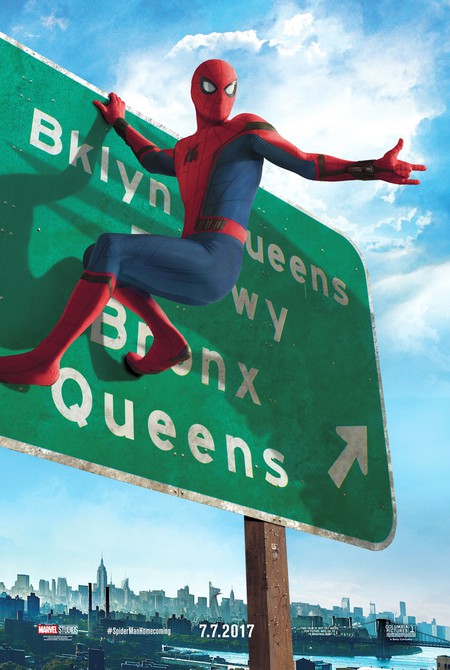 For Spider-Man: Far From Home, which follows the dramatic events of Avengers: Endgame (2019), Parker is in need of a holiday and heads to Europe for a school vacation. Unfortunately for the web-slinging teen, there’s no such thing as a holiday for a member of the Avengers, with Nick Fury (Samuel L Jackson) keen to recruit Parker for a crucial mission.

Spider-Man: Far From Home opens in southeastern Mexico in a municipality in Tlaxcala. The small town of Ixtenco has been devastated by what initially appears to be a natural disaster, but it soon emerges there is a more nefarious reason for the devastation.

Ixtenco sits on the slopes of the inactive La Malinche volcano. The area is known for its natural beauty but remains largely unexplored by tourists.

Peter, meanwhile, leaves his worried Aunt May (Marisa Tomei) behind as he heads off with his classmates to Europe. It’s an interesting departure for the Marvel Cinematic Universe, which will be visiting some popular tourist destinations that haven’t been seen in this series before. 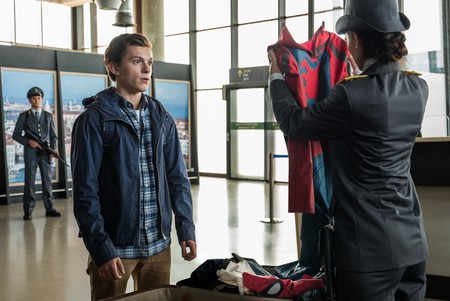 The northeastern Italian city of Venice plays a major part in the adventure. In one of the most romantic places in the world, Parker continues to flirt with MJ (Zendaya), but trouble is never far behind. Venice is an interesting and ultimately unique playground for Spider-Man, with its 118 islands and the countless canals snaking through the city. It is the perfect spot for lovers – but perhaps it’s best avoided by web-slingers more attuned to skyscrapers and high-rise buildings?

The next stop on the trip is Prague, but to get to the capital city of the Czech Republic, Peter and his friends have to take a nine-hour coach ride. The region is actually known as the Central Eastern Alps (with the movie simply calling them the Austrian Alps) and comprises mountains in Austria, Switzerland, Italy, Slovenia and Liechtenstein.

The mountains are popular with skiers throughout the winter season and also encompass Lake Como in Italy. It’s also at this point that Parker starts researching what he can do in Prague. Hmmm, we might know a great app for that.

The original Mission: Impossible movie was released in 1996 and is one of the best-known Hollywood blockbusters to feature Prague in prominent scenes. Charles Bridge invariably features in these movies, thanks to its stunning architectural composition that harks back hundreds of years, and Far From Home is no exception.

Due to its popularity with tourists and filmmakers, the location has become very difficult to use on screen with authorities reluctant to close down a major attraction. Parker and MJ will be seen in various tourist hotspots across Prague in the movie, joining a long list of visitors who explore the city every year.

Prague has proved to be popular with international filmmakers thanks to the technical excellence of local crews and the unspoiled, centuries-old buildings.

By the time Peter gets to Berlin, he realises his friends are in serious trouble. Departing from his travel group, Parker jumps on a train (literally) in Prague and heads to the capital of Germany. The journey typically lasts just under five hours. Once in Berlin, Parker is taken to one of the city’s many industrial sites for a dramatic showdown.

Next up is another train journey, although this one isn’t by choice, and Peter wakes up in a jail cell in a small village somewhere in the Netherlands. The good news is that the local people are almost pathologically well mannered, and help is on the way for a final showdown in London.

London has featured in Marvel movies before Far From Home. Doctor Strange (2016) saw Benedict Cumberbatch and Tilda Swinton magically battle it out near the Corinthia Hotel. Most notably, Thor: The Dark World (2013) saw Chris Hemsworth fight off an army of marauding elves in Greenwich’s Royal Navy College, the near destruction of The Gherkin and even a rush-hour Tube ride on the Jubilee Line.

Tom Holland is a Londoner himself, so scenes in the city in this latest Spider-Man film will have special resonance for the young actor. There are spectacular set pieces in Far From Home at well-known locations such as Tower Bridge and the Tower of London, and Nick Fury watches the action from a superb vantage point in The Shard, the UK’s tallest skyscraper.