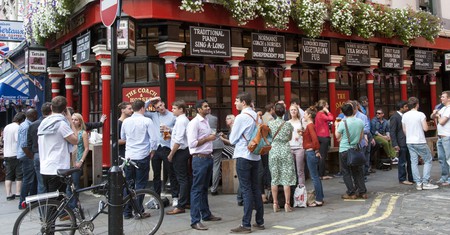 Tucked up in the middle of one of London’s most famous neighbourhoods, this pub has been an integral part of the Soho scene for decades. Famous for its literary locals and ill-mannered owner, it remains a fantastic British boozer.

Great pubs tend to share similar characteristics. They look a bit scruffy, with little nooks in corners you can cosy up in and the onus tends to be on drinking rather than its gastronomic offering. Newcomers feel hesitant walking in – as if they’ve stepped foot in a stranger’s living room – but feel part of the furniture by the time they leave. The very best form the backdrop to the stories of legendary London figures – writers, artists poets and gangsters.

The Coach and Horses in Soho is one of these places. It may have undergone some changes since its heyday in the 1980s, but it’s managed to hang on to the shabby charm and feel that helped earn its reputation as one of London’s best pubs. Walking through the doors still feels slightly like stepping back in time, although today you will get a warmer welcome than in days gone by. 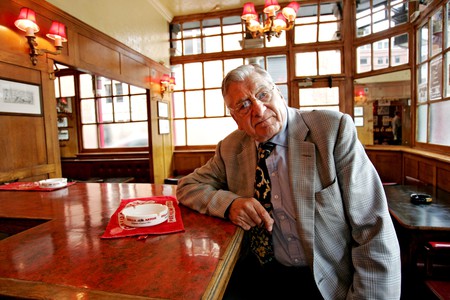 There was a time when the man who owned the pub was more famous than the pub itself, not because of his hospitality, quite the opposite. Norman Balon was, for a time, “London’s Rudest Landlord”.

Balon was officially awarded the title because of the treatment he dished out to his punters, especially the journalists that would regularly find themselves inside the popular watering hole. Rather than take offence, they would fire back, knowing full well that Balon appreciated the insults – the more inventive, the better. He became the inspiration for “The Regulars”, a column in the satirical magazine Private Eye. Spectator columnist Jeffrey Bernard was another legendary regular and when his life was celebrated in the play Jeffrey Bernard is Unwell, with Peter O’Toole playing the protagonist, the pub’s interior was part of the set. When Balon’s memoirs were published, they went with the title You’re Barred, You Bastards.

Despite his reputation, Balon clearly loved his job. He worked all day, every day, literally. He was there from opening to closing, going without a holiday for seven years. Regulars that went for a few swift ones on Christmas Day received a mug featuring a drawing by Michael Heath of Balon saying, “You’re barred”. 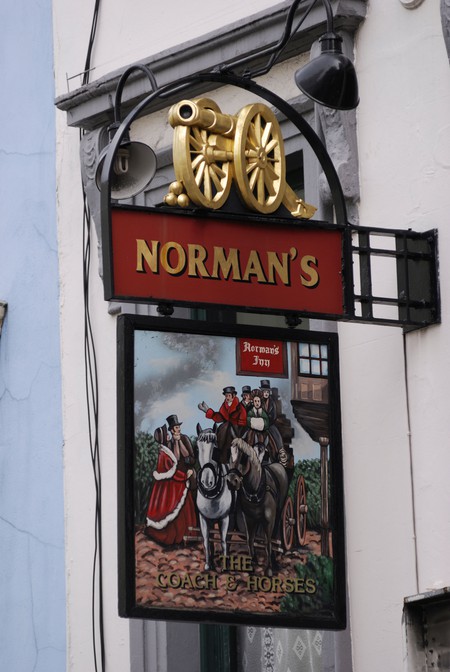 Situated slap bang in the middle of Soho, where Greek Street meets Romilly Street, it’s not just journalists that historically drank there. Not far from St Martin’s School of Art, it was popular with students, including a young Jarvis Cocker, trying to get a glimpse of idols; Lucian Freud, Francis Bacon and Damien Hirst were all frequent punters.

The location has been home to a pub since the 18th century, although the current Grade II building dates back to the 1850s. Like most pubs, there were some unwritten rules, as well as few that were Coach-specific; the “deep end” (the end of the pub on Romilly Street) was for “talkers” because Balon liked his pub to include an element of oratory, which is also why there was never a jukebox.

When Balon eventually sold the pub in 2006, its new owners were respectful to the famous boozer’s traditions. “Norman’s” was added to the pub’s name, Private Eye still have their fortnightly lunches there, and the introduction of a piano has led to nights spent with “Magic Betty”. As if plucked straight out of the 1950s, Betty leads a singalong by the piano with guests invited to suggest songs, join in and partake in the festivities every Wednesday and Saturday evening. 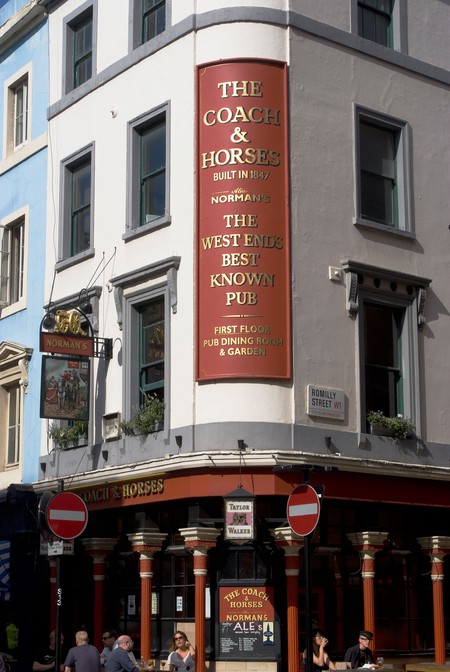 Today, its kitchen offers up exclusively vegetarian and vegan fare, very much of the comfort food variety. A tea room set-up operates during the day, with sandwiches and cakes, while the evening serves up mushroom and leek pies, Norman’s veggie chilli and cheese and onion tarts.

As with most major cities, establishments near popular landmarks can leave a lot to be desired, often overpriced and hellbent on turning tables of tourists rather than offering anything vaguely decent.

Being so close to Oxford Street and Piccadilly, along with the bustle of shoppers that fill those pavements, it can be somewhat difficult for newcomers to the capital to find a good place to drink. Thankfully, Soho has some fantastic pubs, and Norman’s Coach and Horses is as good as any of them, even if Balon is no longer there to boot you out soon after. 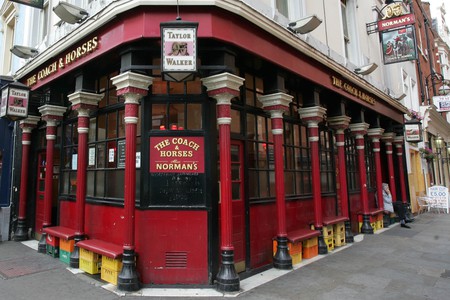