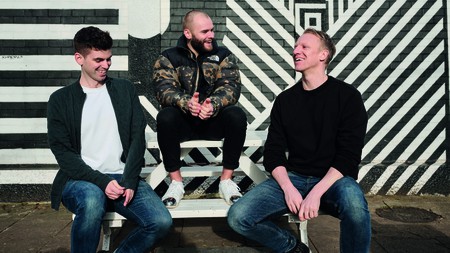 When the fun choice also benefits the planet, leaving your corporate job to bring vegan ice cream to hungry Londoners and revellers at festivals around the country is a no-brainer. We meet the trio behind DÁPPA, who are trying to make the world just a little bit better with each of their almond- and cashew-based creations.

Ever dreamed of quitting your job to strike out on your own? Of course you have. In 2020 you’d be hard pressed to find someone without a pipe dream, passion project or side hustle. However, the reality of starting from scratch – gruelling hours, unpredictable income, the great unknown – is enough to put most people off. What, then, fuelled the London-based trio behind DÁPPA to launch their plant-based soft-serve business? The short answer: fun. 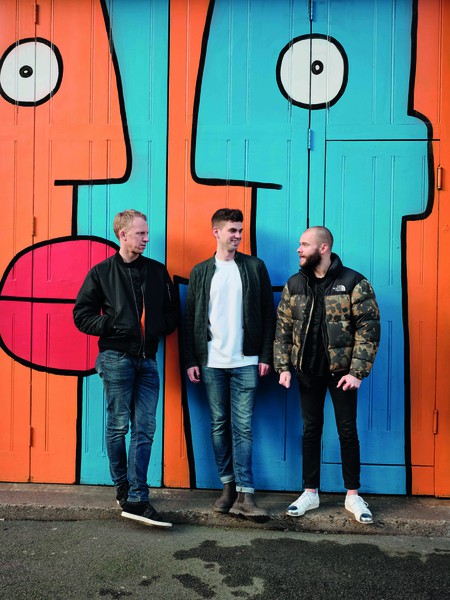 DÁPPA was founded in 2018 by Justin Martin and Ollie Jones. The pair met in 2017 – not at a conference or networking event, but on a spiritual retreat in the South of France. At the time, Jones was “the opposite of a vegan” and Martin was “quite vegan”, and wanted to let everyone know about it. The pair initially clashed. “Then we went on these crazy ayahuasca journeys,” says Jones. “I met all the animals; Justin had released all the weight of the world from his shoulders, and we started to get on.” After the retreat, Jones moved to Colombia and Martin started developing the idea of an ice-cream business in London, having left his role in the corporate world. A year later, the pair met up in the city. Jones tried Martin’s almond- and cashew-based recipe and the duo founded DÁPPA with a simple goal: to sell an indulgent, authentic ice cream that didn’t need milk. The third partner Chris Kelley found out about the venture while sitting next to Martin’s mum at a kombucha workshop, before DÁPPA even had its current name. He started helping out at festivals and in February 2019 joined the team full-time.

Fast-forward to summer 2019 and DÁPPA was operating at four separate locations in London and beyond, with a stall at Netil Market in Hackney, a six-month pop-up at St Pancras International station, a residency at Backyard Cinema in Wandsworth and a trailer at various festivals around the UK. Their inventive concoctions – “thick, rich and outrageously creamy” swirls of ice cream sprinkled with toppings such as miso caramel and blueberries (Blueberry Fool) or freeze-dried raspberries, mint and passionfruit coulis (the Pornstar) – have garnered a loyal following (30k on Instagram to date) and invited partnerships with some of London’s leading restaurants. They are now responsible for all the ice cream and milkshakes at Dirty Bones’ new Dirty Vegan, will be serving from a fixed trailer in Shoreditch’s Ely’s Yard from 21 March, and have more collaborations in the works. But further than that, they have managed to build a company that works for them on a personal and ethical level – creating a business that is the antithesis of their previous day-to-day experiences at work. 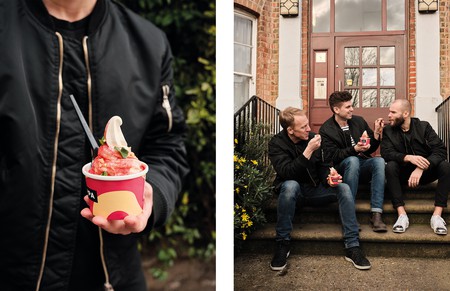 “I realised, coming away from the complete abstraction of corporate life where nothing I was doing felt tangible, that just delivering a piece of work had no meaning at all,” says Kelley. “Suddenly I was handing people ice creams, and the happiness and energy exchange was just immediate. I fell in love with that.”

Kelley has channelled his flair for problem-solving – honed during his previous job in technological consultancy – into managing operations, streamlining processes for efficiency and sustainability, and managing the wider team. Jones’ business acumen served him well at the start of DÁPPA (he had left a lucrative career in private equity investment before going travelling), but he also soon discovered his love for talking about the company, and now – as the brand’s “internal fanboy” – heads up the marketing and sales. Martin, previously in recruitment and sales, taught himself the science behind ice cream via the internet: his team have since nicknamed him the “Nutty Professor” for his mastery of the skill. As well as product development, he is also creative director and has built a playful brand characterised by punchy graphics and snappy slogans, which adorn the trailers, stalls, ice-cream tubs and uniforms for the “cream team”. 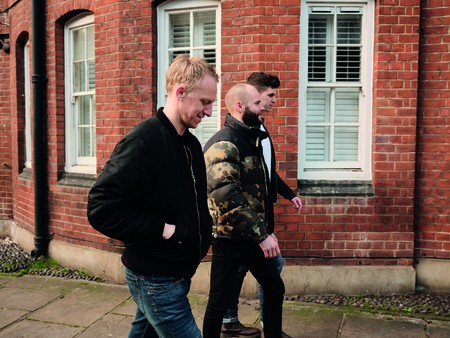 The trio are taking steps to make their operations as sustainable as possible, and viable long-term | | @ Liz Seabrook / Culture Trip

Martin had been experimenting with ice-cream recipes for some years before DÁPPA was born. A frozen-banana blend turned out to taste too much like bananas; a cashew-date mixture just wasn’t ice cream; but he found the sweet spot when he concluded that ultimately what he wanted was to redefine ice cream with a recipe that was delicious and that just happened to be milk-free. “We use nuts because they’re creamy. We’re not trying to make a dairy-free ice cream or a free-from product,” he says. “We’re trying to make an excellent ice cream. It’s more of a kitchen or cook’s approach, focusing on flavour rather than faking the science. You can put together funny powders and gums and oils from off a factory shelf and you can make an ice cream. But to us it’s not authentic.”

The goal of authenticity extends to every part of the business, from the ingredients, through to the processes and the content they post on social media – much of which comes from a community of loyal customers. DÁPPA is also entirely self-funded, allowing for the agility and freedom of expression and adaptation that means the team can work on their own terms. “We have a weirdly symbiotic relationship,” says Martin. “There’s a bit of crossover, but what’s most important is that we have respect for each other’s skills, and ultimately we all work for DÁPPA. DÁPPA encompasses the personality, the vision, the purpose and all those things. That always brings it back and stops any ego.”

Their collective love of music is also evident when you visit their vans and stalls – the staff blast out upbeat tunes while serving, and the energy is infectious. “It sounds a bit cheesy, but people gravitate towards us because it’s a fun time,” Jones says. “There’s music and dancing and, ultimately, when you give someone an ice cream you make them happy.” 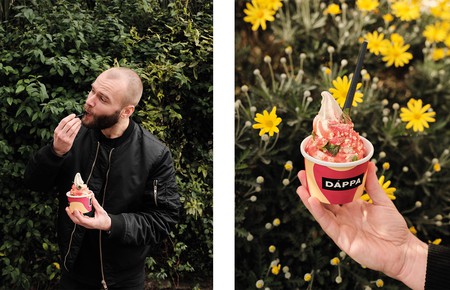 Both Martin and Jones had considered setting up businesses in South America before they decided London was the place for them, and the city has proved to be the perfect setting for their success, thanks to its open-mindedness. “In London you can’t walk down the street without hearing someone talk about something to do with veganism,” says Jones. “It feels like a tidal wave is happening. It may not be having the impact of a tidal wave yet, but by leading by example and not being too shouty, our operation is to just keep making something that is as good, if not better, than dairy equivalents, so people gradually start to see the way things are going.” The city has also proven instrumental in providing a community of like-minded business people striving towards a similar goal.

Due to its burgeoning nature, the team says this means the industry is uniquely supportive, rather than competitive, with ‘rival’ brands helping each other out. “Business is about people,” says Martin. “You’re better off starting conversations and fostering relationships. It’s about turning up and supporting others because you want to. You like the people and you’re spreading what you believe in.”

Considering their belief in a milk-free future, do they feel an obligation to be the perfect role models when it comes to sustainability? Their ice-cream tubs are made from recycled paper, the spoons are fashioned from recycled sugar cane and the simplicity of the ingredients means the supply chain is kept to a minimum. “There are a lot of conflicting arguments about what the most sustainable choice is,” says Kelley. “Our thing is, if we reach a junction where there are two choices, and one is obviously better for the customers and the planet, we choose that one, for a step in the right direction.”