There are many sculptors who exhibit their work largely in print rather than in physical form, and there are many who embrace London’s street art culture and choose the open air gallery of the city walls over more traditional display spaces. Slinkachu is both of these, but one obvious thing sets him apart – his sculptures are the size of a penny. We find out more. 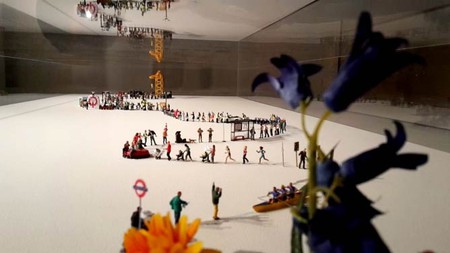 With an average size of just two centimetres tall, Slinkachu’s delicate, detailed figurines sit on bottle tops, swing on matchsticks and ride bugs. They are clearly crafted with great pride and great skill, so it is all the more unexpected that he regularly discards his creations to the mercy of the city. Slinkachu says he has no emotional connection with his figurines, happy to spend hours creating them, hours photographing them, and sometimes days finding a location in which to perfectly capture his miniature friends – before leaving them there, a gift of sorts to the city that provides him with so much inspiration. 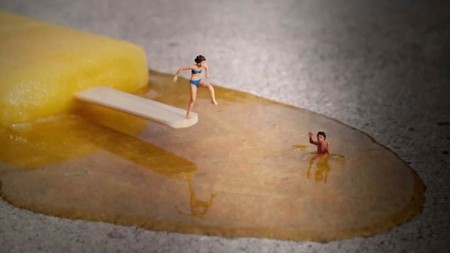 At his latest exhibition, Miniaturesque, Slinkachu’s delicate handiwork is on display in both pictorial and physical form. Much of the exhibition is taken up by his conceptual and illusionary photography, but two exhibits are reserved for the tiny craftwork itself. One, a forest of cigarettes with a tiny campsite hidden amongst them, the other a glorious depiction of the River Thames told through figurines that best represent the characters, attractions, and stereotypes of each area it winds through. This work is so elaborately crafted, so amusingly unpretentious, and yet so simple in concept that it warrants literally twenty minutes of intent gazing and periodic hilarity as each neighbourhood of London is recognised. It is worth visiting the exhibition just for this, but of course the photography itself abounds too. 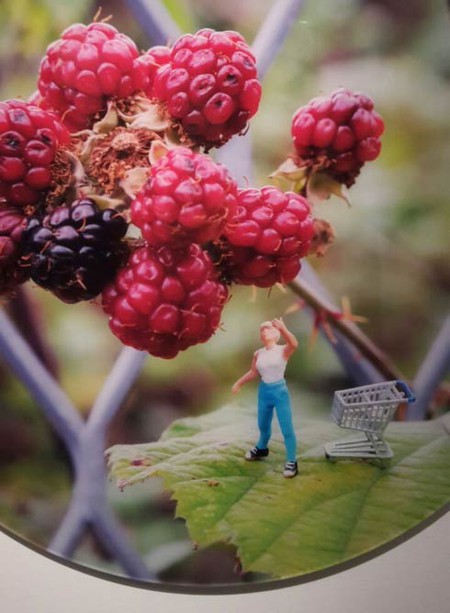 Slinkachu has themed this exhibition around the urban interaction with the natural world, two environments that are so often detached. Therefore, the real dexterity demonstrated in the photographs is not so much the design of the figurines themselves, but rather the perspective that serves as a sleight-of-hand to those simply viewing the micro-shot. It is when comparing it with the macro-shot, the zoomed out reality of the scene, that the subject matter takes on more of an awe-inspiring and often satirical meaning. 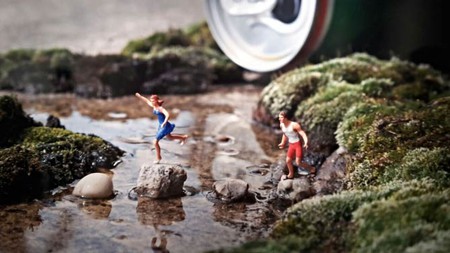 ‘Paradise’ shows a little lady bathing in a waterfall sourced from a Sprite bottle, and truly seems to depict the name of the piece. The zoomed out macro shot dares to flip the entire scene on its head, revealing the bottle on the floor of a Surrey Quays car park – somewhere it is safe to assume would not constitute anyone’s idea of paradise. Likewise, ‘The Stream’ depicts a happy couple darting from stone to stone across a flowing brook with a green leafy backdrop; the reality shows a discarded beer can on some Docklands moss (the aforementioned backdrop). With the Millennium Dome in the background, it is an intelligent and amusingly ironic contrast of something that is meant to be London’s most glamorous landmark paling in comparison to the micro-world that Slinkachu creates. 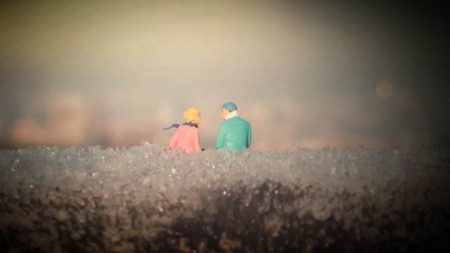 The exhibition is a must-see, both for the skill that is on show and the conversation it will provoke – it is small yet extensive and it is easy to be consumed by the detail poured into every piece. It is all the better for knowing that some locations were found to match pre-made pieces, but some were scouted out prior to the creation of the figurines. Slinkachu is especially proud of his Honor Oak Park set, a trio of photos that depict a couple moving closer together across summer, autumn and winter, for which he scouted out an atmospheric park bench location way in advance of his sculptures. The ultimate effect of both perspectives is one of both micro and macro intimacy, and finally depicts the human-sized London with as much ambience as his miniature creations imply. 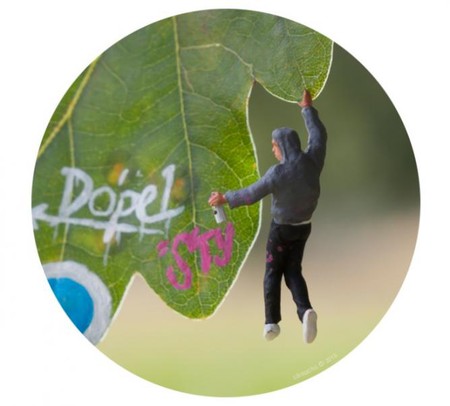 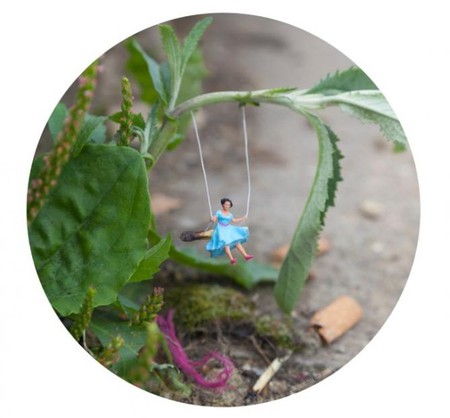